If you tried trying to learn something or gain new skills, you would know how much the internet helps. Thus, it is not surprising that there exist tablets purely for educational purposes. Take the Alcatel TKEE Mini for example. It’s an Android tablet specifically designed for children between the age of 3 and 9 to help them with learning. We recently brought one for ourselves to see if it’s of any good. In this review, I’ll be sharing my experience with the Alcatel TKEE Mini and help you determine if it’s something you should invest in for your child.

Since it’s a tablet for children, everything from its design and software has been tweaked enough to differentiate it from other mainstream tablets. This tablet comes in an orange polycarbonate body with a textured surface on the back. It also has a kickstand built-in that you can use in landscape orientation.

With a weight of around 268 grams, it’s hard to hold for too long. Thus, I found the kickstand too handy.

It’s a tough tablet too, one that survived up to 100 drops in Alcatel’s internal testing. The company also includes a bumper case in the box for added security. This blue case features a loop that should help children carry it around the house.

Over on the front, you get a 7-inch HD panel with thick bezels all around. While it’s no treat to the eyes, it does help with accidental touches which I assume can be a problem with kids using it.

The display is what you expect of a budget tablet. It does lack in brightness and sharpness. That being said, you can still use it to watch cartoons and animated videos on YouTube. So, I really don’t have many complaints here.

The display has Eye Care Technology that reduces blue light making it comfortable to use for children. In addition, Alcatel uses a proximity sensor to check if the child is too close to the screen. It then freezes the tablet and sends an alert to keep a safe distance from the screen. However, Alcatel still needs to invest time in optimizing the feature as it doesn’t work as intended all the time. Thankfully, there is an option to turn this feature off in the advanced display settings. 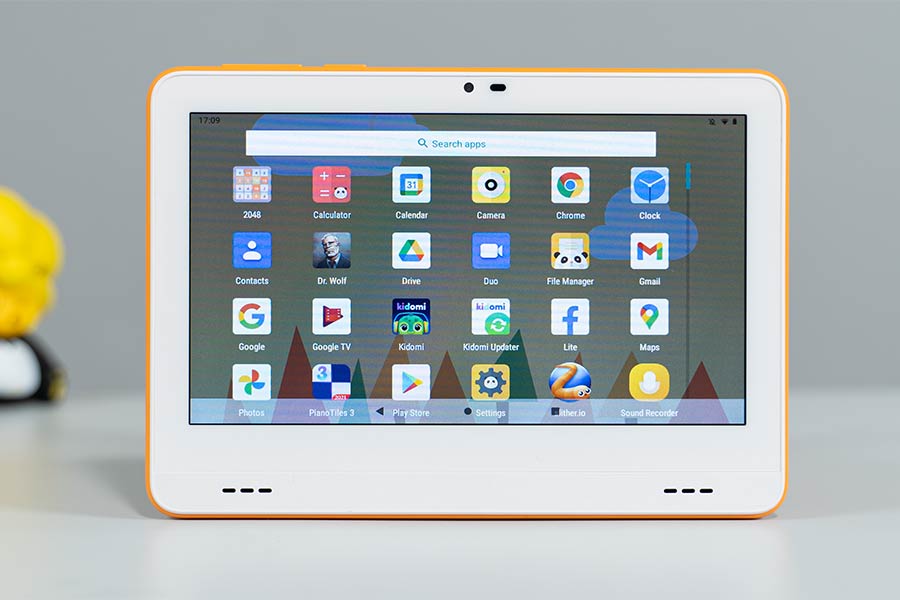 The main highlight of the tablet is the Kidomi App that comes pre-installed with it. While the app requires a subscription, you get a free trial of 3 months with the Tablet TKEE Mini.

The app is full of games and videos that are fun, interactive, and educational. If you want your children to develop a habit of reading, I strongly suggest you check out this app. The app has an auto-read feature that reads out stories for children. Children can even read them themselves if they are confident. Plus, the ability to interact with the story’s element through animation makes it so much fun. At the end of the story, children can review new and difficult words encountered in the story. 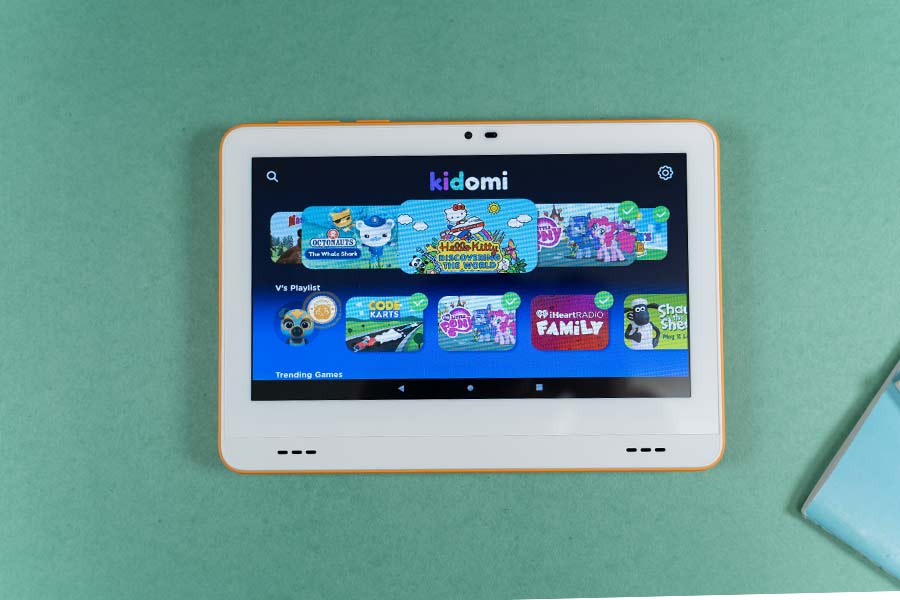 Kidomi’s games are also equally educational. Take the Code Karts for example. It tries to teach the fundamentals of coding. It even offers parental control options. However, I would have liked it more had these options been baked into the tablet’s software instead of a third-party app.

You can even install other apps and games directly from the Play Store. I tried games like 2048, Piano Tiles, Slither.io, and Dr. Wolf and all of them worked fine. However, this tablet has an entry-level processor, and thus, you won’t be able to play resource-intensive games like the PUBG and COD.

Alcatel TKEE Mini relies on a 2580mAh battery that just lasted up to 3 hours of video streaming (YouTube) in my test. It takes around 3 hours for the included micro USB adapter to fully charge the battery.

The front-facing stereo speakers are moderately loud. It should not be a problem while watching videos on Youtube. You get cameras both on the front and back. However, they are not that good either.

TKEE Mini falls under a different category than other budget Android tablets. While it’s not good for general usage, but I can see it appealing to families with children of learning age. You can even gift one for your younger sibling.