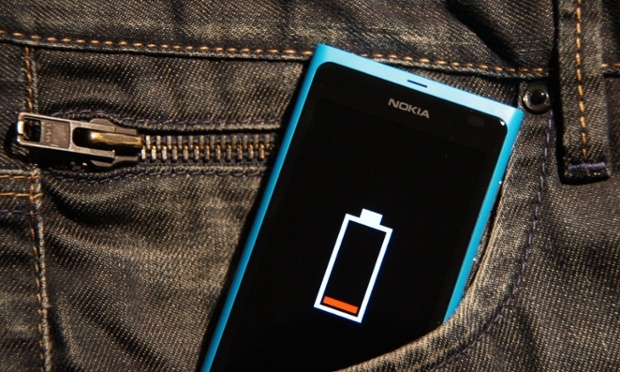 Stanford University scientists have developed the first high-performance aluminum battery that’s fast-charging, long-lasting and inexpensive. They say it can charge a smartphone in 1 mins and is a safer substitute to many commercial batteries in use today.

“We have developed a rechargeable aluminum battery that may replace existing storage devices, such as alkaline batteries, which are bad for the environment, and lithium-ion batteries, which occasionally burst into flames,” Stanford professor of chemistry Hongjie Dai told CNBC. “Our new battery won’t catch fire, even if you drill through it.”

“Our new battery will not catch fire, even if you drill through it.”

This rechargeable aluminium battery with high-rate capability uses an Aluminium metal as a negative charged anode and a three-dimensional Graphitic-foam as a positive charged cathode. The battery operates through the electrochemical deposition and dissolution of aluminium at the anode, and intercalation/de-intercalation of chloroaluminate anions in the graphite, using a non-flammable ionic liquid electrolyte. The cell exhibits well-defined discharge voltage plateaus near 2 volts, a specific capacity of about 70 mA h g–1 and a Coulombic efficiency of approximately 98 per cent. The cathode was found to enable fast anion diffusion and intercalation, affording charging times of around one minute with a current density of ~4,000 mA g–1 (equivalent to ~3,000 W kg–1), and to withstand more than 7,500 cycles without capacity decay.

In a video demonstration (below), scientists were able to show how their prototype aluminum batteries are used to charge a smartphone “within a minute.“

WHY DIDN’T MANUFACTURER USE ALUMINIUM BATTERIES FROM THE BEGINNING?

Aluminum has long been a striking material for batteries, mainly because of its low cost, low flammability and high-charge storage capacity. For decades, researchers have tried unsuccessfully to develop a commercially viable aluminum-ion battery because aluminum batteries lasted just 100 charge cycles while the Stanford aluminium-ion battery can withstand more than 7,500 charge cycles without any loss of capacity.

But with Stanford aluminium-ion battery, there is still one barrier the researchers are facing: Scientist are unable to produce sufficient voltage after repeated cycles of charging and discharging. This means the battery does not offer as much voltage as existing solutions – coming in a about half the voltage of lithium ion packs. If the scientist can find a way to add up the extra voltage, then it’s going to make a big break through in smartphone history.