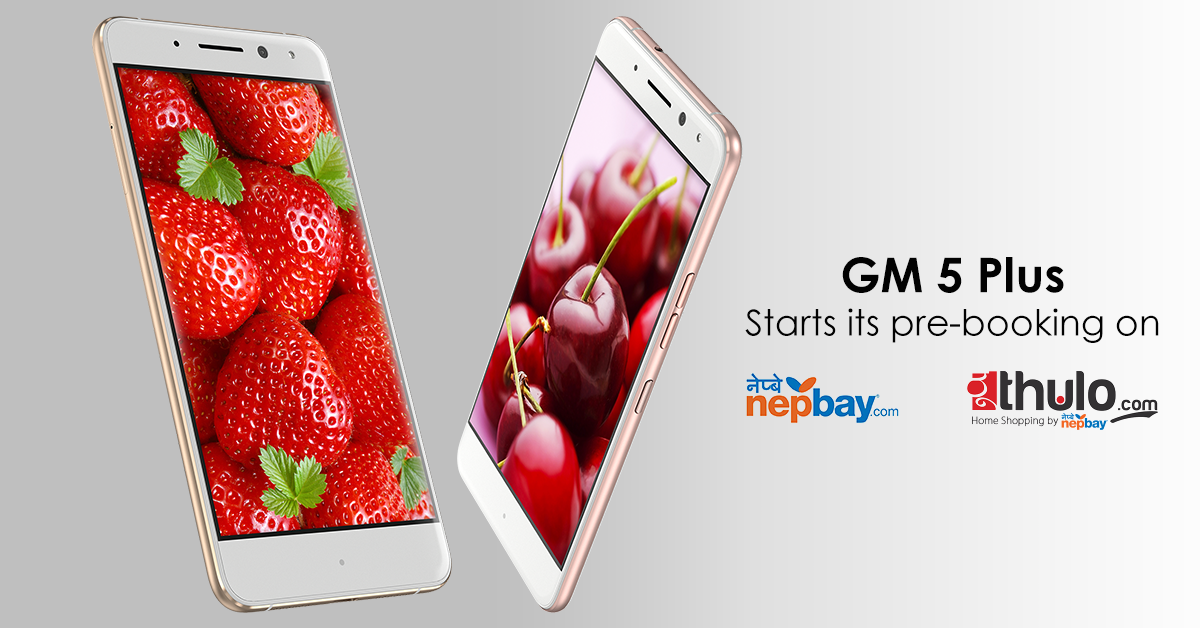 Android One from Google was targetted at the budget-oriented segment of people who wanted to enjoy the sweetness of pure android. But previously, Google and the manufacturers focused on making the phone as cheap as possible. But cheap Android One couldn’t get the hit as expected since the manufacturers cut different edges while making the phone cheaper. So, though the software was never an issue, Android One happened to be far from someone’s buying option because of it’s below par offering in the specs.

But things changed after Google and General Mobile started making the Android One phones. Yes, the Android Ones are no longer sub-$100 phones but are surely worth the buy even in the price range of around $300. One of the Android One offerings from General Mobile is the GM 5 Plus which is now available for preorder in Nepal. It is priced at Rs. 25,000 in Nepal. The phone will be on sale from 4th April 2017 and the first one to preorder will be the first one to get the phone.

PreBook Your GM 5Plus Here

General Mobile GM 5Plus: What’s Inside? The GM 5Plus comes with Corning Gorilla Glass 4 protected 5.5inch Full HD display with 2.5D glass up top. This phone, with metal frame and textured plastic back, is powered by Qualcomm Snapdragon 617 Octacore 64-bit Processor coupled with 3GB of RAM. It has 32GB of Storage and is expandable up to 128GB. On Cameras, it has 13MP unit both on the front and the back. Inside the device is the 3100mAh battery. The phone with USB Type C even supports QuickCharge 3.0. Well, the software will always be the latest since it’s an Android One device. So, the device comes with Android 7 Nougat and will be getting timely updates right after the Google releases them.

The availability of a phone with pure Android is always welcome. The device looks appealing and worth the price. Previously, I had made up my mind that I would never buy an Android One device but with this release, I’m reconsidering my last decision. If you wanted to enjoy the pure Android then this device is the right one for you. One of the perks of buying this device is you don’t have to cry out for the updates. The updates come as quickly as they’ll be announced. But few things still make this device far from the best buy and that is not necessarily because this device is giving less but because devices in the similar price range are giving more. Yes, I was talking about the fingerprint sensor. Had it had a fingerprint sensor, it would probably have been the best phone to buy in its price range.