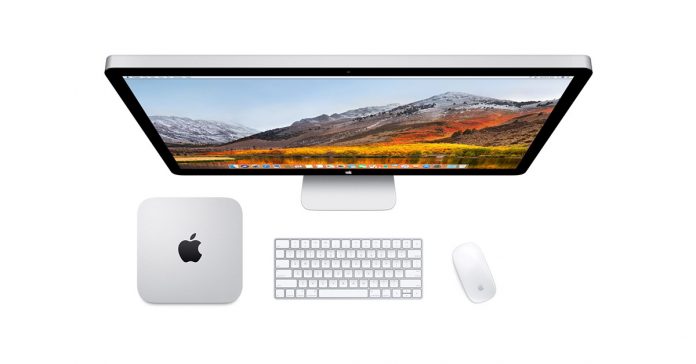 After the MacBook Air, Apple also refreshed the Mac mini which was long due for an update. The last Mac mini we saw was four years ago, so was the wait worth it? Well, it depends on who you are asking. The concept is pretty awesome, a PC that was small, quiet and could easily be used for multiple purposes. The new refresh comes in with updated internals, better cooling, better connectivity, and more storage options. So, let’s look at what the new Apple Mac mini 2018 has in store for us.

There were a few huge claims made by the company on the topic of improvements. Apple claims the newer system is 5x faster in system performance and up to 60% faster in graphical processing. The cooling has also been improved resulting in up to 70% maximum sustained power. That’s the result of the increased airflow inside the system by almost 2 times. The T2 chip has also been integrated into the system.

Apple has paid a lot of attention to its connectivity options. You get an optional 10 Gigabit Ethernet port, four thunderbolts 3 ports, one HDMI 2.0, 2x USB 3 and a headphone jack. The HDMI port allows you to connect up to two 4k monitors or one 5k monitor. While the Thunderbolt 3 port is capable of data transfer speeds of up to 40Gbps.

The Mac mini comes in the same familiar enclosure, made from 100% recyclable aluminum, and in a new space gray finish. On the software side, the Mac mini gets the latest macOS Mojave. The Mac mini will be available for purchase starting the 7th of November this year. As for all the gamers out there, yes the Mac mini also supports the Blackmagic’s Mac-friendly eGPU for added graphical oomph.