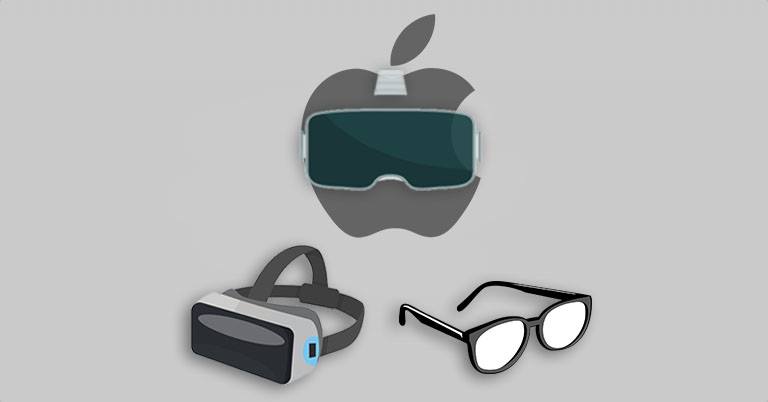 Today, Facebook reigns at the top of the VR industry because of Oculus, which the company acquired in 2014 for $2.3 billion. But that could change soon as another big name is ready to jump into the market. A report from Bloomberg suggests that Apple is developing two AR/VR devices. The first device, dubbed N301, is a headset that will make use of both AR and VR technology. The other is an AR glass with codename N421. Let’s take a look at all the rumors and leaks surrounding Apple’s upcoming AR/VR devices.

The report from Bloomberg mentions that a secret “Technology Development Group” has been developing the N301 and N421 for the past five years. The group lead by Mike Rockwell came up with the prototype of N301, which was eventually turned down by former Apple executive Jony Ive because of its design.

N301 is the more powerful of the two and is capable of using both the AR and VR technology. VR would be used for gaming and other consumer content that could require an artificial world. AR could allow information and notification to appear before the user’s eye without blocking much of the real world contents.

Though it was supposed to be a portable wearable device, the prototype looked far from it. The development team couldn’t figure out a way to include processing and graphics capability in the form factor of a wearable. Developers came up with a Mac-like box that could wirelessly connect to a headset. Mr. Ive wasn’t satisfied with this box + wireless headset design.

The latest prototype of the N301 is said to look similar to Facebook’s Oculus Quest. It is likely to feature a fabric body. To get rid of the initial design, developers had to compromise with raw power. It will still be a powerful device; it’s just that it won’t match the power that was intended at the start of the project. The device will come with an advanced display technology that will make it impossible for users to differentiate between VR and the real world. It will come with its own App Store for games, streaming, and other applications. The device will also support Siri.

N421 integrates AI technology in a wearable spectacle. It will be the simpler of the two devices that Apple is working on. According to Bloomberg, Ive loved the idea of N421 AR Glasses over two reasons. First, it was a more portable and more practical design than the N301. Second, the exclusion of VR meant people weren’t that far away from the real world.

Though there is hardly any detail about the N421, it reminds us of the Apple Glasses that Jon Prosser has been hinting about. Over the past year, Prosser has emerged as a reliable tipster when it comes to Apple products. According to him, Apple Glasses will feature two holographic displays. It will be able to connect to iPhones and will support gesture control.  However, Prosser predicts Apple Watch to launch next year, which doesn’t align with Bloomberg’s prediction.

Check out our thoughts on the new iPhone SE (2020)