Last year’s Asus Zephyrus G14 became one of the best gaming laptops in its class. In 2021, the company also launched its 15″ variant—called the Zephyrus G15. The laptop has finally made its way to the Nepali market. Here, we will be discussing the key specs, features, official price, and availability of the Asus ROG Zephyrus G15 in Nepal.

The chassis of the Asus Zephyrus G15 is made using a magnesium-aluminum alloy. The lid is home to the CNC-milled asymmetrical dot-matrix layer with gleaming prismatic film beneath. There are two colors to choose from: Moonlight White and Eclipse Gray. However, only the latter is available in Nepal.

Opening the lid, you are greeted with a 15.6″ anti-glare IPS panel. Here, you can choose between WQHD and FHD panels. The former boasts a 165Hz refresh rate, whereas the latter only has 144Hz. The WQHD variant also has 100% DCI-P3 colors and Pantone Validation. 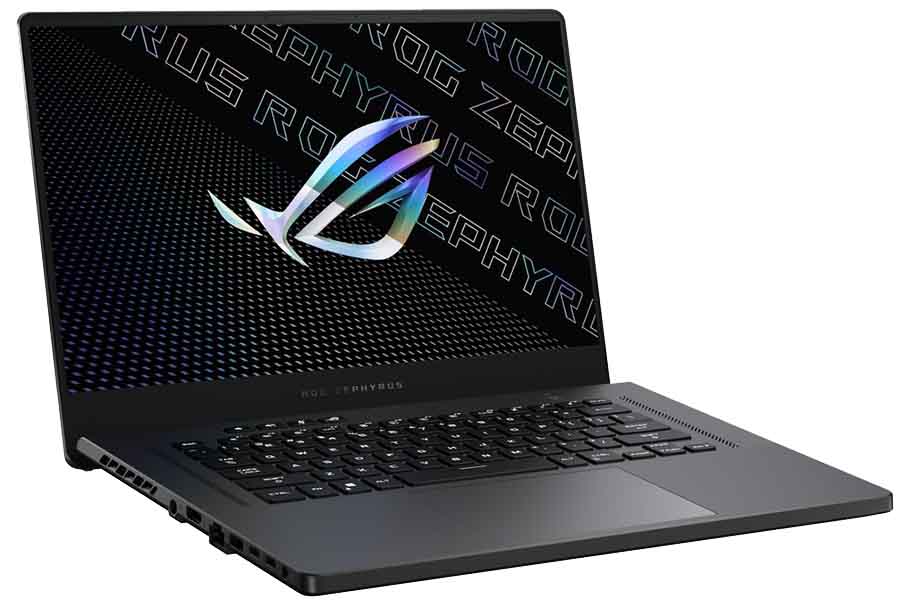 Fueling the Zephyrus G15 is a 90Wh battery with support for 180W charging. Asus includes a compatible Type-C adapter in the box that takes the laptop from 0 to 50% in just 30 minutes. The laptop has a wide range of ports as well. It includes three USB 3.2 Gen 2 ports (including one Type-C), one HDMI, one ethernet port, and a 3.5mm headphone jack.