ASUS has officially launched the 3 new smartphones — Zenfone 3, ZenFone 3 Deluxe, and Zenfone 3 Ultra. The ZenFone 3 is the cheapest model, the Deluxe being the flagship, and the Ultra with a huge 6.8-inch display. The Zenfone 3 comes in 2 variants. One with a 5.2-inch display, while the other sports a 5.7-inch display. Both these variants feature a 1080P IPS display and is powered by an Octacore Qualcomm Snapdragon 625 CPU with Adreno 506 GPU. In terms of memory, there is 3GB RAM and 32GB inbuilt storage for 5.2-inch variant and 4GB RAM/ 64GB inbuilt storage for a 5.2-inch variant. Camera-wise, we are looking at a 16MP rear shooter with a f/2.0 aperture lens and OIS and an 8MP with f/2.0 wide angle 88-degree front snapper. There is also a fingerprint sensor embedded on the back, and the phone supports Cat.6 LTE 4G SIM support. The phone is backed by a 3000mAh battery. The ASUS Zenfone 3 is priced aggressively at $249 for the 5.2-inch, 3GB RAM, 32GB storage. Price is yet to be revealed for the 5.5-inch, 4GB RAM, 64GB storage. 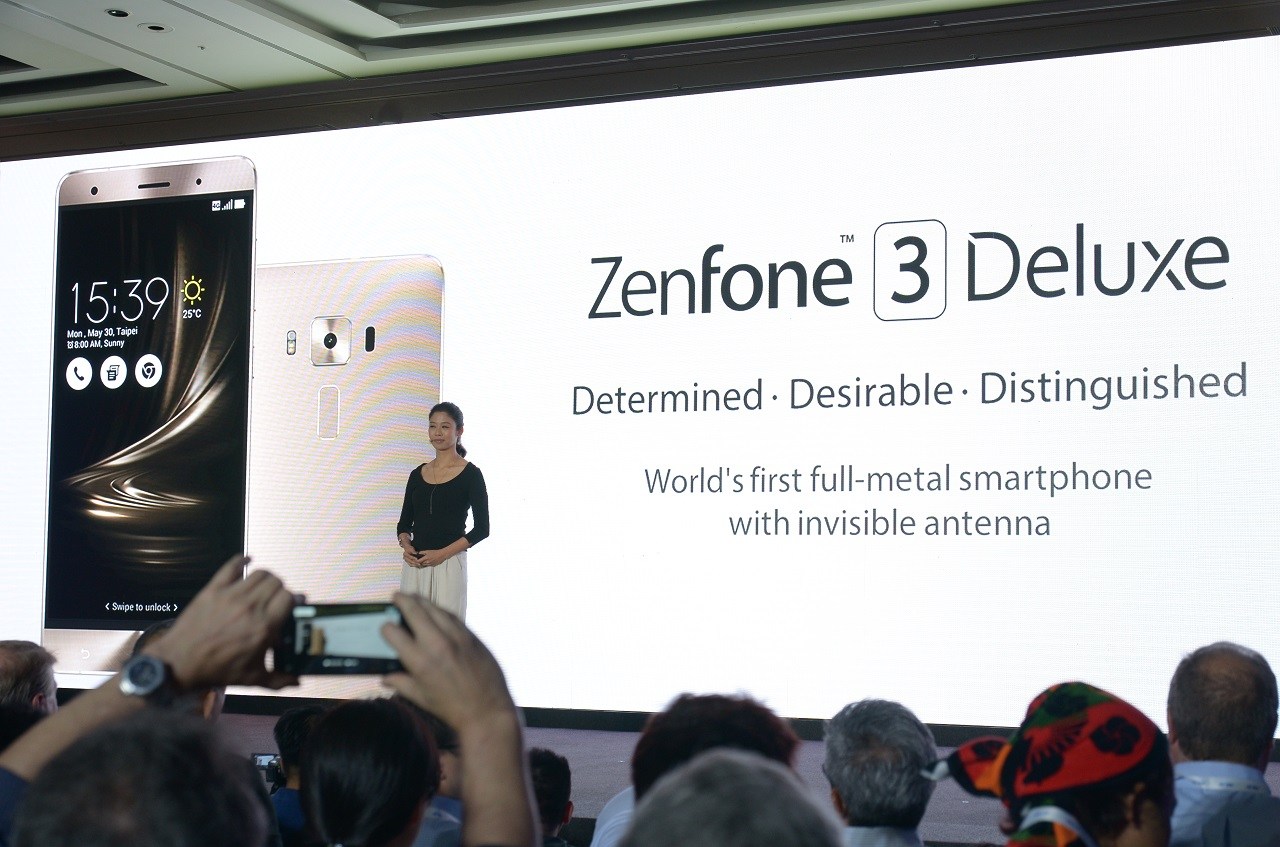 The Zenfone 3 Deluxe, on the other hand, is the company’s flagship phone for 2016 since it features a 5.7-inch Full HD Super AMOLED display, and is powered by a Qualcomm Snapdragon 820 CPU. It has a 6GB of RAM and 128GB of storage. In terms of camera, the Zenfone 3 Deluxe features a whopping 23MP rear camera (Sony IMX 318) with 6P lens, Sapphire Cover Glass, DTI Technology, Advanced PDAF, 2nd-gen Laser AF, Continuous AF, and 4K video recording. Priced at $499, the handset features metal unibody and has Qualcomm Quick Charge 3.0 support. 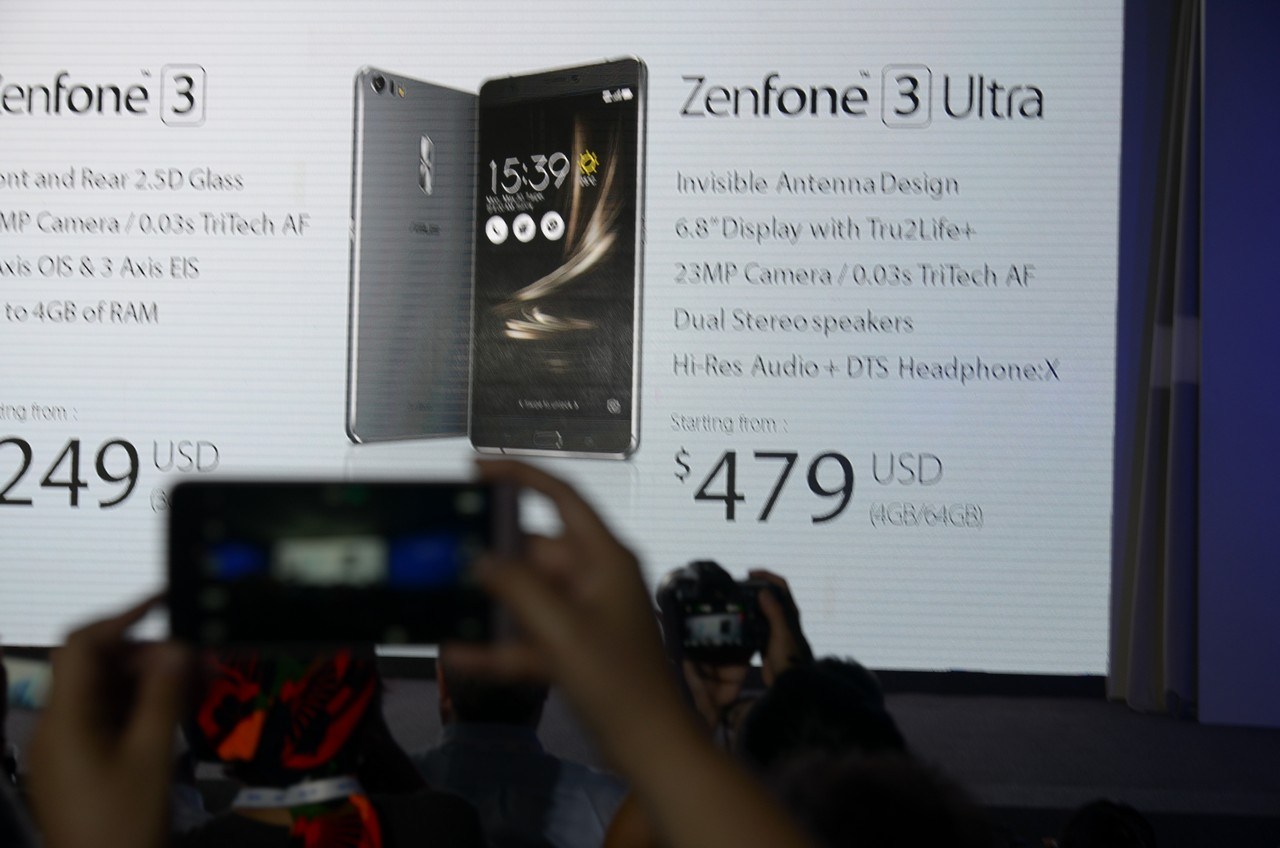 The Zenfone 3 Ultra, as the name suggests, features a huge 6.8-inch Full HD Super AMOLED display which the company claims has 4K TV-grade image processor that brings true to life color reproduction. It is fueled by a Qualcomm Snapdragon 652 CPU, has 4GB of RAM, and 64GB of onboard storage. Camera-wise, it’s the same as the Zenfone 3 Deluxe. It boasts a 4,600mAh battery with quick charge 3.0 support. The Zenfone 3 Ultra is priced at $479.

All these handsets are running the latest ZenUI 3.0 based on Marshmallow 6.0. Since the phone has just been announced in Taipei, Taiwan, other specs are yet to be revealed. International availability is yet to be announced.