Home Xiaomi Xiaomi launches the Black Shark 3 and 3 Pro: Game on, with... 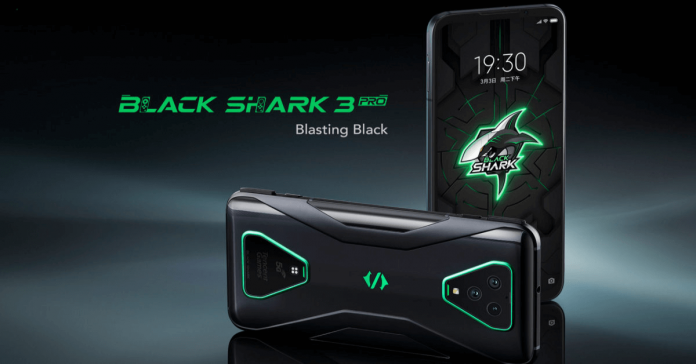 The outbreak of coronavirus has hit smartphone makers all over the world, but it hasn’t stopped them from launching new ones. Amidst all the chaos that surrounds us right now, Xiaomi’s sub-brand, Black Shark has launched its latest gaming smartphones. Yes, the Black Shark 3 Pro and Black Shark 3 have officially launched.

Let’s begin with the Black Shark 3 Pro. It offers a bigger screen and a much better resolution than the non-pro version. Specifically, it has a 7.1-inch display with QHD+ resolution on an OLED panel. The display has a refresh rate of 90Hz. Moreover, the Black Shark 3 Pro also boasts the world’s fastest 270Hz touch sampling rate too.

Under the hood, this device runs on the Qualcomm Snapdragon 865 SoC. And as for RAM, one can get this device in either an 8GB or 12GB variant. However, the thing to note here is that only the 12GB variant will come with LPDDR5 memory. The 8GB one has the LPDDR4X. Also, storage-wise, the only option is 256GB. As for the rear camera, it is a triple-cam setup. The primary lens is a 64MP sensor and the other two are a 13MP ultra-wide-angle and a 5MP depth sensor. Upfront it has a 20MP selfie shooter.

The biggest attraction however here is the huge 5000mAh battery. It supports the super-fast 65W charging. The claim is that the device will charge up to 100% in just 38 minutes. Also, there is a magnetic charger on the back that supports 18W fast charging. Great to juice up your phone in the middle of a gaming session.

Another thing that is exclusive to the Pro model is the pop-up triggers. The Black Shark 2 Pro had touch-sensitive air triggers. However, this one has actual pop-up buttons. Black Shark guarantees that the button can last up to 300,000 pop-ups without any issue.

Moving on, the other device officially launched today was the Black Shark 3. It comes a successor to last year’s Black Shark 2.

This non-pro version offers a smaller screen of 6.67-inches with FHD+ resolution only. It also doesn’t have the pop-up triggers. Moreover, the battery on this one is smaller too. the device also features a battery of 4720mAh only.

Other than that, the rest of the specs are similar to that of the Pro variant. The designs are quite identical too. They both are built using metal and glass and there are no holes or cutouts on the display. As for cooling purposes, both models have implemented a sandwich-like cooling system with double heat pipes.

Black Shark 3 will be available for purchase from March 6. The price of the 8/128GB model is $500. Talking about the Pro model, it will go on sale from March 17 and the price for the base variant is $675.