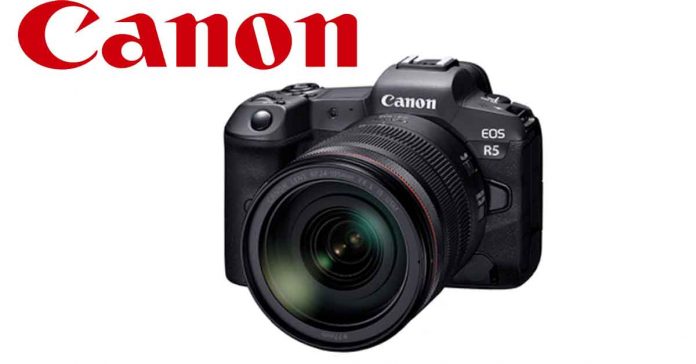 In an official press release by the company, Canon has revealed that it is working on a full-frame mirrorless camera called the Canon EOS R5. This confirms the previous leaks which suggested that Canon was working on a full-frame camera of the same name which would eventually be launched later this year. Not only has Canon confirmed the EOS RS, but it has also revealed information that has already got the photography world excited. So, let’s look at what Canon has in plan for us next.

Canon EOS R5 will be the first of the next generation of full-frame mirrorless cameras. Canon has integrated state-of-the-art technologies, that the company has acquired throughout its glorious history, in the EOS R5. It will come with a wider lens mount diameter and a short back system. The camera in development will be more useful for high-speed continuous shooting and 8K recording.

The camera will come with a newly developed CMOS sensor. With that sensor, the company claims that the EOS R5 will be able to shoot up to 20FPS using an electronic shutter and up to 12FPS using a mechanical shutter. This feature will be handy while shooting objects moving in high-speed.

EOS R5 is said to be the first from Canon to come with a coordinated Image Stabilisation (IS) system that integrates the camera’s in-body IS with that of attached RF lenses. With the new camera, users will be able to extract high-resolution still images from videos. They will also be able to process 8K video to 4K video. EOS R5 will feature dual media card slots and a feature that will automatically transfer images to Canon’s cloud platform.

The information revealed by Canon is a teaser at its best. However, we can still look back to the rumor that predicted the EOS R5 even before this revelation. According to reports by Canon Rumors, the camera will come equipped with a 45MP sensor, 8K/30p video mode and a battery like the 5D Mark IV. They also predicted that the EOS R5 could be launched in July 2020. However, we expect Canon to drop some more detail during the upcoming annual WPPI (Wedding and Portrait Photography International) Conference and Expo at the end of this month.

Check out our review of the Honor 9X!