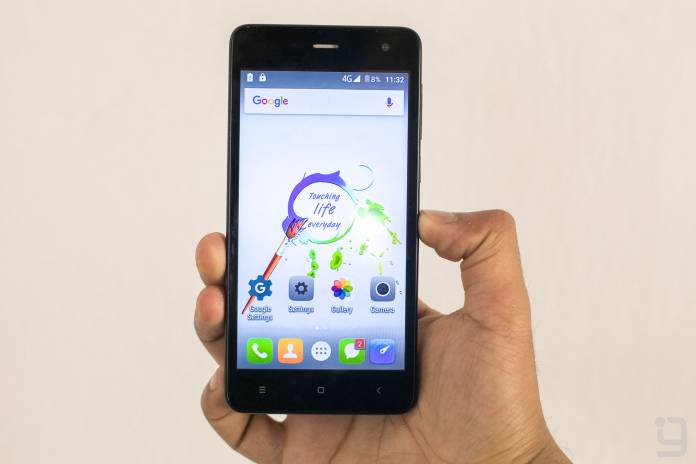 It’s been a while since NTC launched the 4G service in selected cities of Nepal. Now, while buying your new phone you should also consider if it supports 4G network or not. Past few days, we searched in the market for the cheapest 4G phone to buy. And, what we found is the CG Blaze 4G that is priced at Rs.11,111. So, let’s get to know what the phone offers and should you buy it or skip it?

CG Blaze 4G does come in premium packaging but the phone looks and feels cheap. The design looks to be inspired from the phones that were released like 5 years ago. So, this plastic build phone failed to impress us with its outdated design. 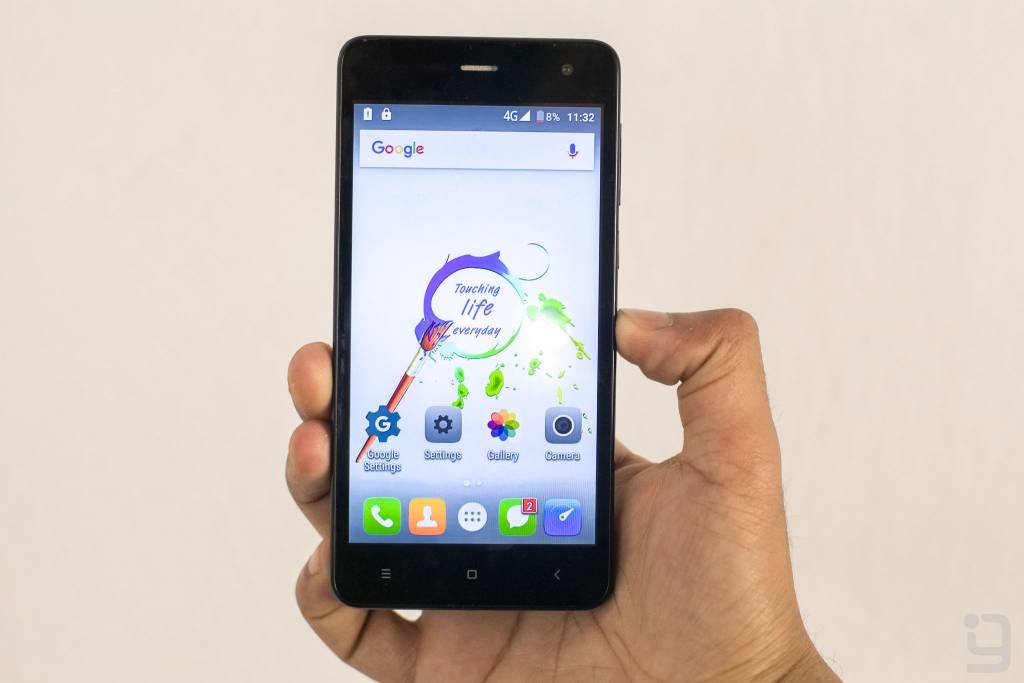 Coming to the display, the phone has a 5inch 720p display. On paper, that sounds pretty good but in real life use, the display is truly disappointing. Though the phone comes with display tuning options but no settings can make the display look pleasing to the eyes. The more you tilt, the more color shifting you can notice. It’s not just the colors but even the touch is not so sensitive. Be it swiping on the home screen or dragging the notification bar, the touch seemed to have issues every so often. And, when it comes to display’s visibility under direct sunlight, the phone is better in your pocket. This diplay just can’t take the sunlight at all. 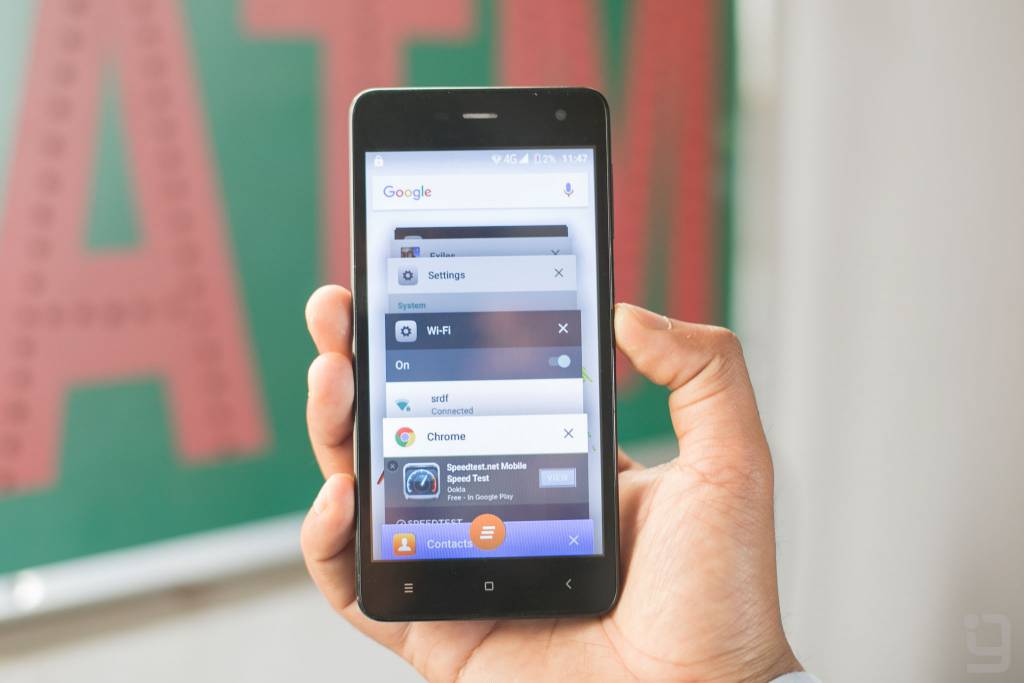 This phone is powered by MediaTek MT6735 quad-core processor coupled with 2GB of RAM. So, if there’s anything that I didn’t have the issue with this phone then that’s the performance. The app loading and switching time were fast enough. During the time of my review, I played True Skate on it and the gaming performance was satisfactory. Moreover, Had it had a dedicated app switching button, the multitasking experience would have been even better.

On the memory side, it has 16GB of storage and along with two SIM slots, it has dedicated microSD card slot that will accept cards of up to 64GB. 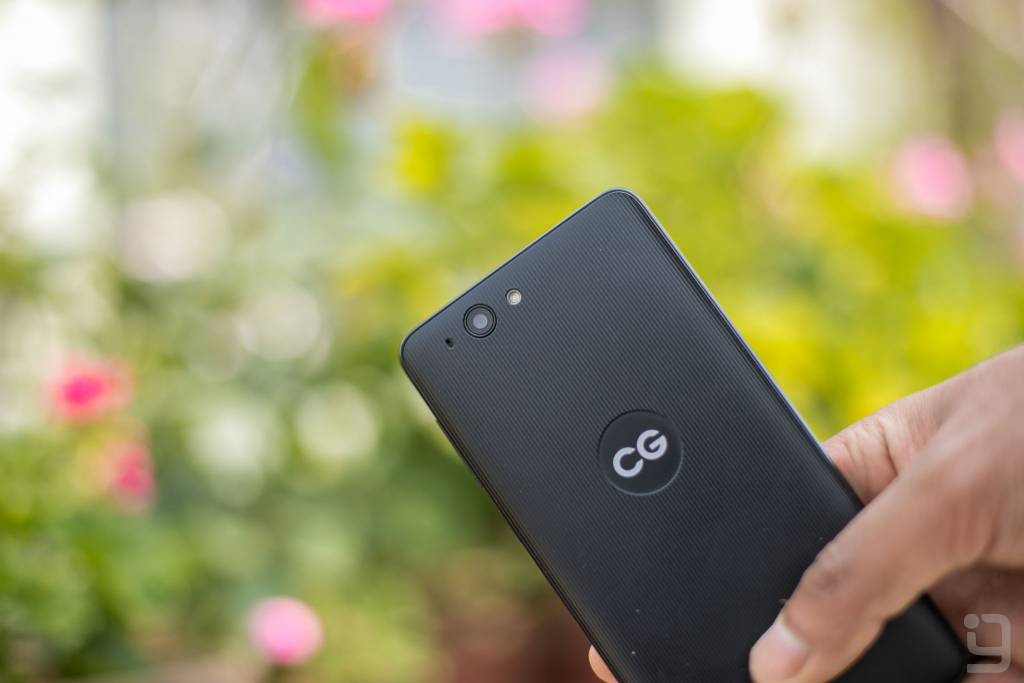 In the back, it has 8 Megapixel auto focus primary unit with LED flash. The primary shooter can shoot videos of up to 720p at 30fps. The camera performance seems to be on par with its pricing. What I liked the most about its camera is the option to lock the object. The photos taken in HDR mode seemed to stand out from those taken in regular mode.

The 5 Megapixel selfie camera isn’t any good. However with beauty mode on and in good lighting condition you can manage to get few considerable selfies. Most of the time, the selfies come with lots of grains and lack in details. 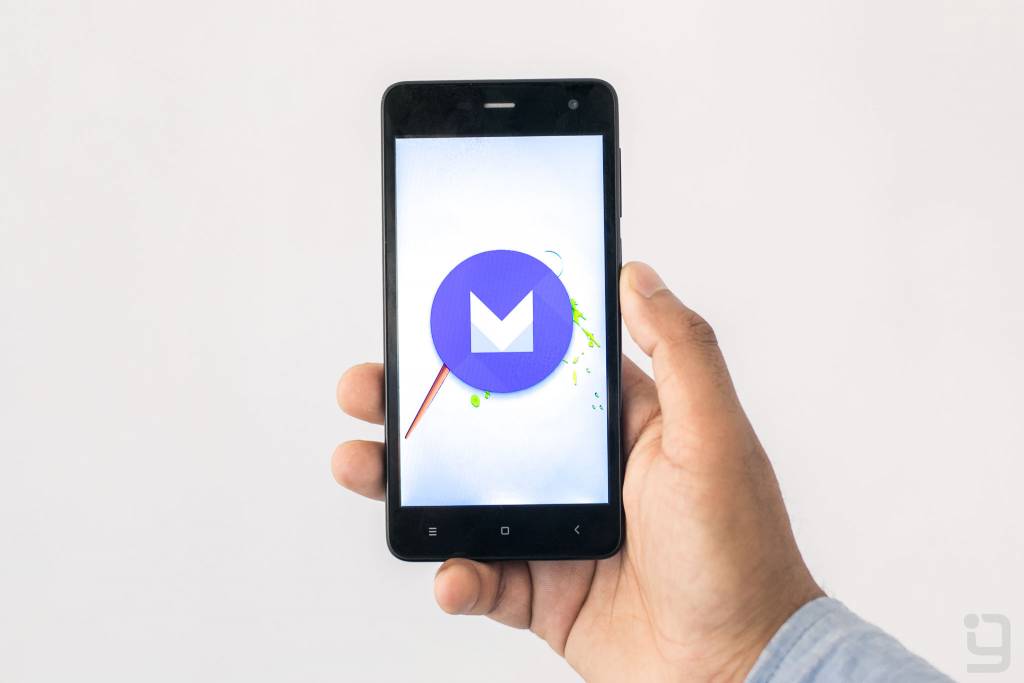 The phone boots on Android 6.0 Marshmallow with CG’s UI layered on top of it. The UI isn’t that far off from the stock android. But the touch issues are there which I’m pretty sure are due to the display but that makes you feel if the UI isn’t responsive or something. There are different gesture functions available but they are better turned off or you’ll notice the battery draining much faster than it should.

The phone houses a removable 2000mAh battery which had a hard time giving me the battery life worth a full day. The average screen on time I could manage to get from this phone is of 2 to 3 hours. However, the phone does have a good stand-by, though. But charging the device is super slow. It took me around 3hours to charge the phone from 0 to 100%.

Now coming to the connectivity, it has a 4G right on its name and after inserting a 4G SIM, it displays the 4G right along the network bar. The phone has stable and fast internet connectivity while using mobile data. So, if it’s just the 4G connectivity that you prioritize the most then you can never go wrong with this phone. To conclude, the CG Blaze 4G does do justice to the tag “4G” in its name. However, the phone cannot be considered to be a good buy. It’s all because of its ugly design language and terrible display. The display on a smartphone is what matters the most. So, a phone with a bad display can never be considered a good phone.