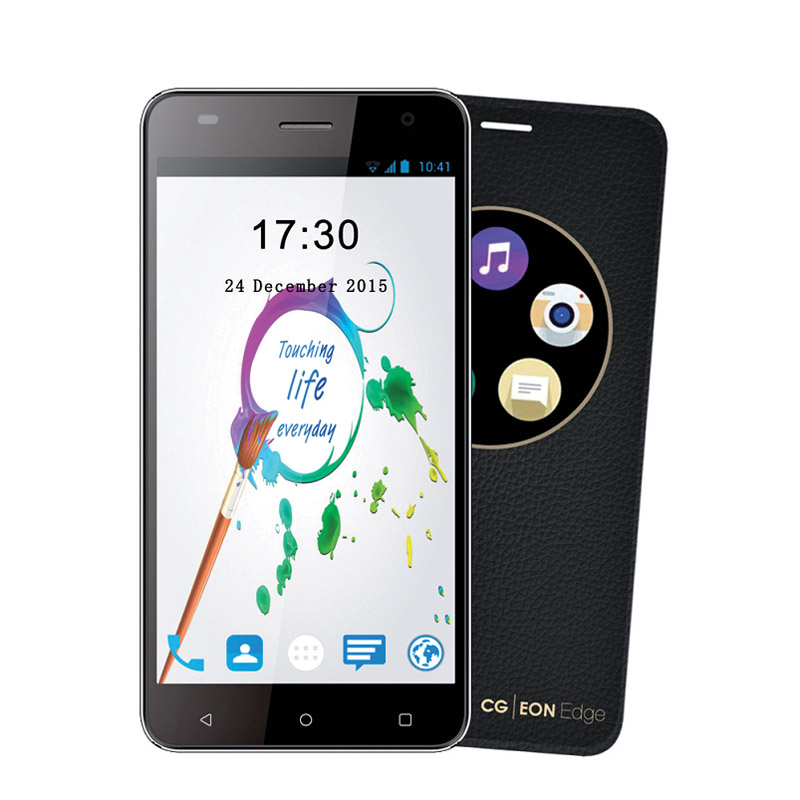 CG smartphones have been in the Nepali market for less than a year and we can already see the wide customer base it has created. It is safe to say that CG has got a fair market share on mid-range smartphones with decent performing hardware at a reasonable price.

No doubt CG smartphones are one of the most good looking phones in its price category. They feel great on hand and, for the most part, doesn’t feel cheap. Now, CG has introduced yet another mid-range phone to their EON line up, CG EON Edge for Rs.11,999.

Don’t get fooled by the name. By no means, this phone has a curved edge display like the Samsung Galaxy Edge series. Instead, it is rocking a 5 inch 720p IPS display with the resolution of 720*1280. It is powered by 1.3GHz processor (Unspecified) backed up by 2GB of RAM. EON Edge comes with 16GB Internal storage with the option to expand via Micro SD card up to 32GB. As far as the camera is concerned it has 13MP Rear Camera with auto focus and 5MP Front-facing Camera. The device being launched in 2016 still runs on Android Lollipop 5.1 with no signs of future updates. Powering this device is a 2000mAh battery which should give a decent battery backup keeping account of the hardware configuration. The only turn off for this phone can be its single SIM capability as most of the mid-range phones come with the option of dual SIM.

To conclude, CG EON Edge doesn’t bring anything new to the table. It has the same hardware configuration like the Moto E, Gionee P5W, Huawei Honor Holly, Colors Elite E10 and almost all smartphones at its price range. But design wise this phone is ahead of every other product in its price category.