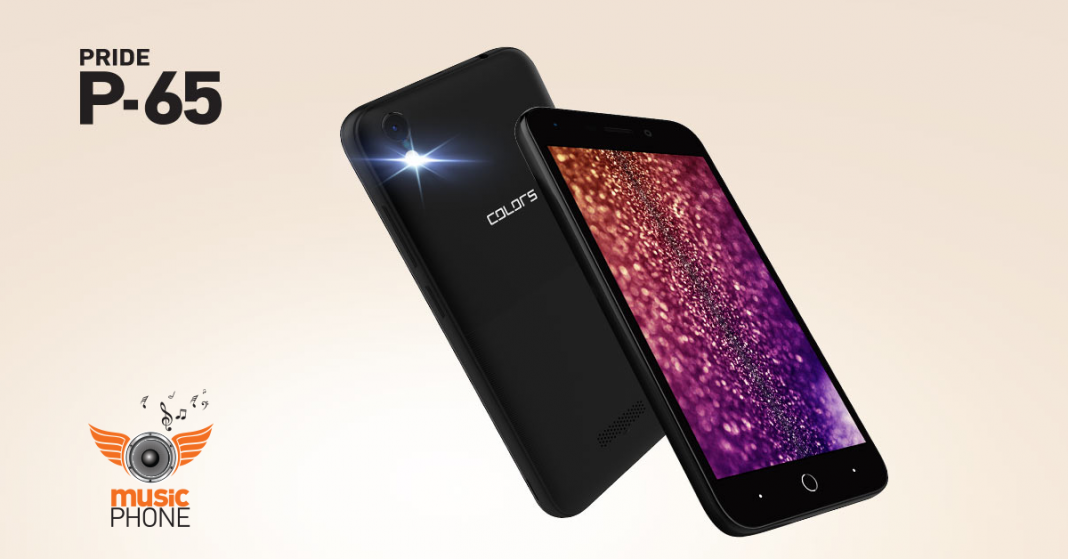 2017 has been a great year for the budget-oriented devices. They are gaining popularity and extra features. Trying to crown itself as the budget smartphone manufacturer crown is Colors which has launched several low-budget devices this year. It only recently launched the S1 and is all set to launch the Colors S9. Surprisingly, the Nepali manufacturer has launched an entry-level smartphone right before S9’s launch. The new Colors P65 is a device priced at Rs. 7,995 packing some interesting specifications.

The Colors P65 is a device for someone who wants good looks at a budget friendly price. This smartphone also ships with Android v7.0 Nougat which is really impressive. 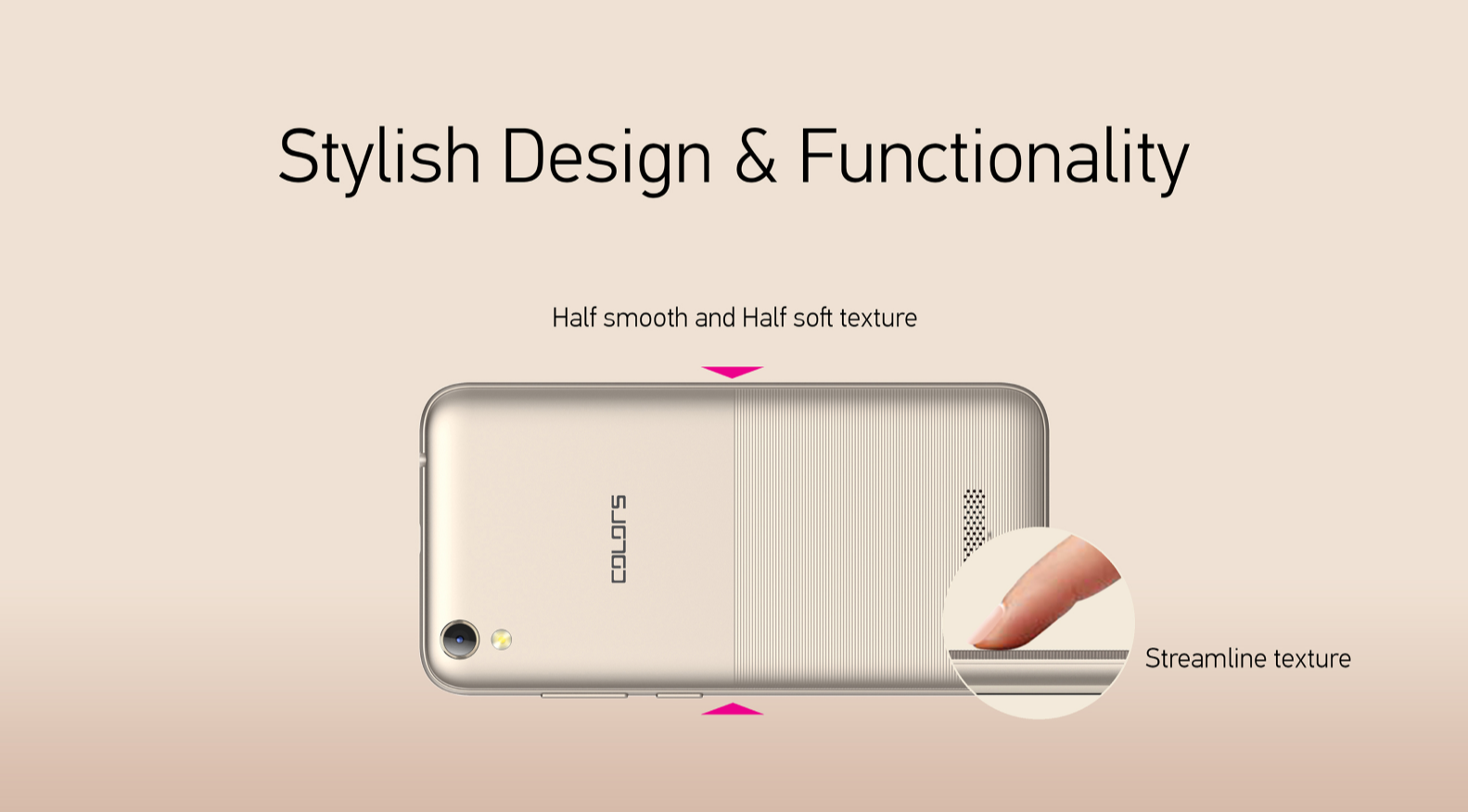 The P65 has a 5.0-inch IPS display with 854 x 480 pixels resolution. This display has a protective glass type on its top, but Colors hasn’t specified its type. The Colors P65 comes with a quad-core MediaTek MT6580 processor that is aided by 1 GB of RAM and Mali-T720 MP1 single-core GPU. As for the lenses, the P65 is equipped with 5-megapixel primary and secondary cameras. The rear-facing camera is capable of taking HD videos @30 fps. It has 8 GB of internal memory which is expandable up to 128 GB.

The Colors P65 has a built-in 3,000 mAh battery that is chargeable via a normal microUSB charger. It comes with dual SIM card slot.