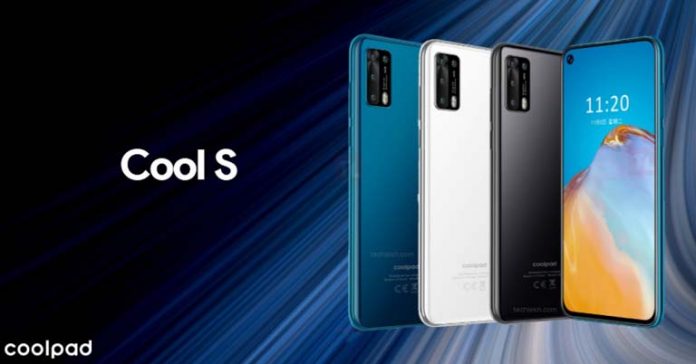 In 2020, Coolpad returned to the Nepalese market with the launch of Coolpad Cool 6. The company followed it with N7 Plus and Cool X. It’s 2021 and the company has launched a new phone. The latest phone from Coolpad to make its way to Nepal is the brand-new Cool S. The device packs in some interesting spec-sheet and its availability is restricted to Nepal as of now. Let’s take a look at the specs, features, official price, and availability of Coolpad Cool S in Nepal.

Coolpad Cool S comes with a 6.53-inch IPS panel with an FHD resolution of pixels. The LCD panel has a circular cut out on the left side of the display to house the selfie camera. The phone sports a double glass build which is impressive given the price of the device. However, the main talking point about the design of the device has been its similarity with the Huawei P40. The rectangular camera module and its placement look familiar. Even the wallpaper shown in the renders is very similar to that of P40’s.

Coolpad Cool S packs in the octa-core Helio P60 chipset, which, by the way, is already two years old. Normally, smartphone brands these days go for the Helio-G series in their latest mid-range smartphones when they opt for MediaTek processors.

Keeping that aside, the phone comes with 4GB of RAM and 128GB of internal storage. With the processor and the memory configuration, the phone should fare well with day-to-day tasks but could struggle in graphics-related tasks as the chipset isn’t optimized to run modern games.

At the back, the rectangular camera module houses the quad-camera setup. The setup is led by a 48MP primary camera. Here, the company has used the Samsung GM1 sensor. It is accompanied by an 8MP ultra-wide camera. Other than that, there is a 5MP macro camera and a 0.3MP depth sensor. There is a 25MP Sony IMX576 sensor for the selfie camera.

The phone is backed by a big 5000mAh battery and Coolpad has not mentioned anything about fast charging technology. So, it is safe to assume that the device doesn’t support any fast-changing technology. For biometrics, the phone supports the fingerprint scanner and face unlock feature. It ships with Android 10 out of the box. The phone has three color variants – Night Black, Lapis Blue, and Moon White. However, only the Night Black and Lapis Blue have been made available in Nepal as of now.