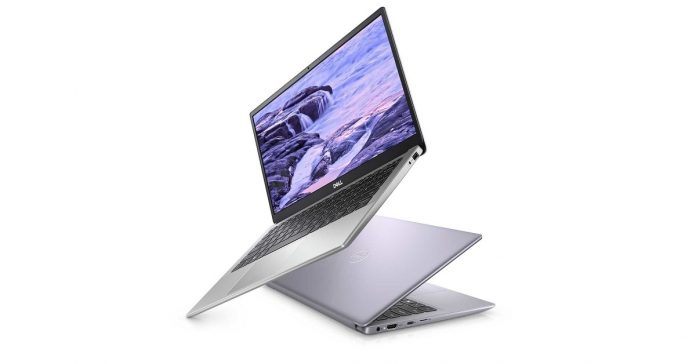 With the Computex 2019 going on, every laptop makers are bringing their best devices with top-in-class features. In that scenario, Dell also showcased its best-performing laptops. But alongside those premium devices, Dell showcased some mainstream Inspiron laptops. And in the refreshed Dell Inspiron lineup, Inspiron 13 5000, 15 7000, and 11 3000 are some of the notable devices.

The Dell Inspiron 13 5000 resembles with the XPS 13 when it comes to the design and looks. But it is quite affordable than its XPS counterpart when it comes to the price. The starting price of this device is $580 and at its price, the laptop enjoys a fancy looking immersive display with narrow bezels. It flaunts a svelte chassis with a thickness of merely 14.9mm. It is even light in terms of weight. The base variant of device weighs merely 1.2KGs (2.59 pounds). The weight and thickness increases to 1.25Kg (2.74 pounds) and 0.7-inch in the LTE variant. So it is portable to carry around. On to the processor part, the laptop will with Intel Core i3 on the base model, which goes up to Core i7 Whiskey Lake option on the higher-end models. All of these devices will get a 13.3-inch display enriched with Full-HD (1920 x 1080 pixels) panel. Dell has also offered Spill-resistant keyboard with an option for backlit keys. The fingerprint reader also comes as an optional feature, which comes in-built in its power button.

Even on the memory front, there are plenty of options. You can get either 4GB or 8GB of LPDDR3-2133 RAM, which by the way is not user upgradeable. Nonetheless, Dell included a fast PCIe NVMe Solid State Storage, which comes in 128GB, 256GB, and 512GB formats. The laptop is relatively light at 3.5 pounds. Nonetheless, it packs some powerful hardware on the inside. It packs 9th-gen chips and the processor varies from Core i5 (Intel Core i5-9300H) all the way up to Core i9 (Intel Core i9-9880H). The laptop is also strong in the graphics department. It comes with GTX 1050 graphics card on the lower-end variant. The premium one, on the other hand, gets a GTX 1650 graphics card.

The Dell Inspiron 11 3000 is an entry-level 2-in-1 and accordingly features some modest specifications.

The most expensive variant of the device gets Ryzen A9-9420e processor with Radeon R5 graphics. You can get up to 8GB of DDR4 RAM to complement the performance. On the storage side, the laptop comes with 128GB of eMMC memory, which is not much. But the device comes aboard with a microSD card reader, which helps in storage expansion if required. With 11.6-inch display, the laptop is small and portable. It’s even rotatable up to 360-degrees so it offers a fair bit of portability as well. However, the resolution is only HD Ready (1366×768 pixels0. So it may not look as sharp. But we cannot quite expect a Full-HD display on a laptop, whose price starts at $350.