The Dell Inspiron 7567 is a well-built performance oriented gaming laptop on a budget. The fact that it has a good battery life is just a bonus. We know that the 7567 is an older model with 7577 already available in other countries. But considering the high initial price tag and especially the availability of the devices itself, now would be a good time to consider this one.

This is a well-built laptop. It is all plastic but you can just see the work Dell put into it. It’s really heavy at 2.7Kgs but the thickness is well maintained under 1 inch. There is very less flex in both screen and chassis, and the laptop itself feels well built. 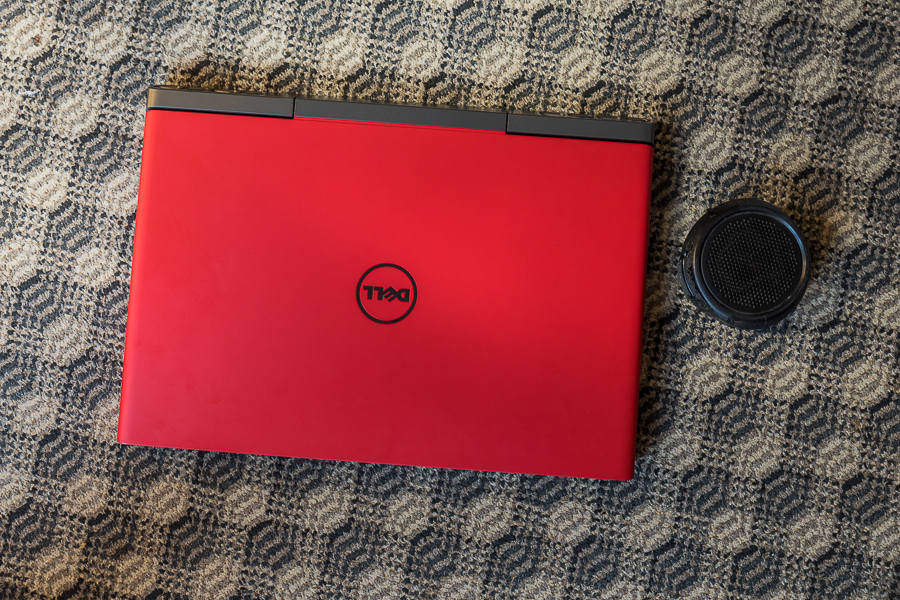 The laptop has a 15″ screen but holds the footprint of a 17″ laptop. So keep that in mind while buying the accessories for it. The laptop has two huge vents at the back that look cool. The bottom of the laptop also has two vents for air intake as well. 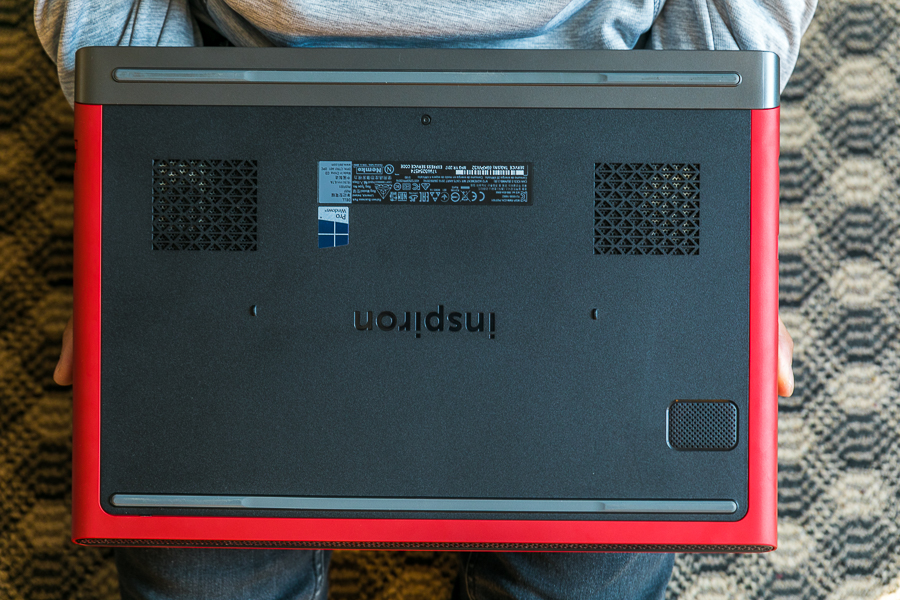 At the front, there are what looks like a speaker, and it is, but just the far left and far right sides. There is also a subwoofer at the bottom. This laptop has exceptional speaker quality, to be honest. There isn’t much to complain about the build of the laptop. It could have been a little lighter but for gaming laptops, it’s already a little too thin. The display is one of the places where Dell did compromise. Releasing the laptop with a mediocre TN panel which just seemed faded with very bad color reproductions, even worst viewing angles and an overwhelming brightness level. Later on, Dell did release the IPS panel, the one that we reviewed. It has a wider viewing angle and a slightly better color coverage. Both are equally bad for color intensive work like photoshop or premiere pro with the display only capable of covering 60% of SRGB and 40% of Adobe RGB colors. But recommend you get the IPS panel if possible.

The display we reviewed had a resolution of 1920*1080, with a 4K option available as well. Although if you plan to buy this for gaming, and you most probably will, the 4K option might not be the perfect fit. The refresh rate is also capped at 60Hz, not that 120Hz was going to be a big improvement for the graphics power.

The specs on this laptop are excellent. You can buy it in either an i5 or an i7 quad-core 45W processor. The one that we used has a core i7-7700HQ processor which goes up to 3.8GHz, which is perfect for processor-intensive tasks. It is also one of the best processors you can find on a laptop.

The laptop came with a single channel 16GB of DDR4 RAM at 2400MHz. You do get an empty RAM slot so you can upgrade it to a total of 32GB, which is nice. Although 32GB of RAM will be an overkill for gaming anyway.

The 1050Ti is a really capable card that can handle Triple-A titles. Most games will easily cross the 60fps barrier with ease either at high or medium settings. The only exception that I found was PUBG, where 60fps was by far unreachable even with all the setting turned to “very low”. Although this is definitely the game developers fault who have yet to start optimizing the game.

Thermals on a gaming laptop are really important, and this laptop does a good job of keeping itself cool under load. The two fans are really aggressive, kicking in even before the programs have started to load. The laptop does heat up somewhere around the “GHJ” area of the keyboard, but the rests stay surprisingly cool, even after about two hours of continuous gaming. 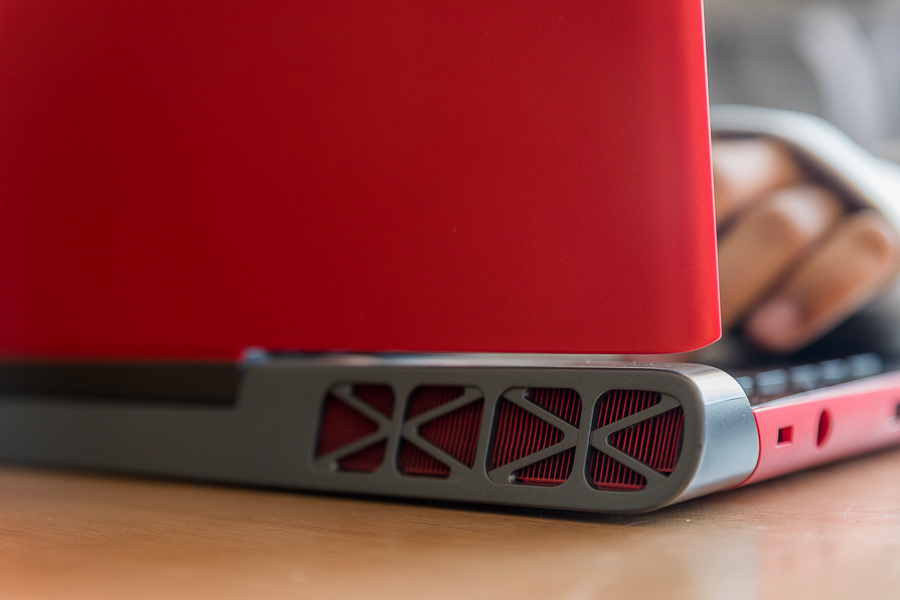 This laptop can fit both an M.2 SSD and a 2.5-inch HDD. Mine came with a 128GB SSD and a 1TB hard disk. The SSD is where Dell did compromise a little, with reading and write speed of around 400 and 200mbps, which isn’t bad but in terms of SSD speeds, it’s one of the slowest.

You OS will run without any glitches and if you are coming from a hard disk-based laptop, this SSD will feel immensely fast. Apps like photoshops will load within 6-8 seconds and the boot time is somewhere around 8 seconds. Then there is the regular 2.5-inch 5200RPM hard disk with a 1TB storage.

The keyboard is fine for gaming and typing, but I did hope for more key travel. The keys have a mushy feeling for some reason, but most won’t even notice it. The keyboard does have a red backlit to them. The touchpad uses windows precision drivers which makes up for the cheap build. It is also not very accurate, but it does the job. Dell did compromise on the connectivity side of the laptop. The dual ban AC WiFi caps out at around 70mbps, so you will be better off with the Gigabit LAN. Especially while gaming, the LAN does a very good job compared to the latency filled wifi experience. Not that the wifi is bad, it’s actually better than most of the laptops out there. It’s just not a perfect fit for downloading and gaming. 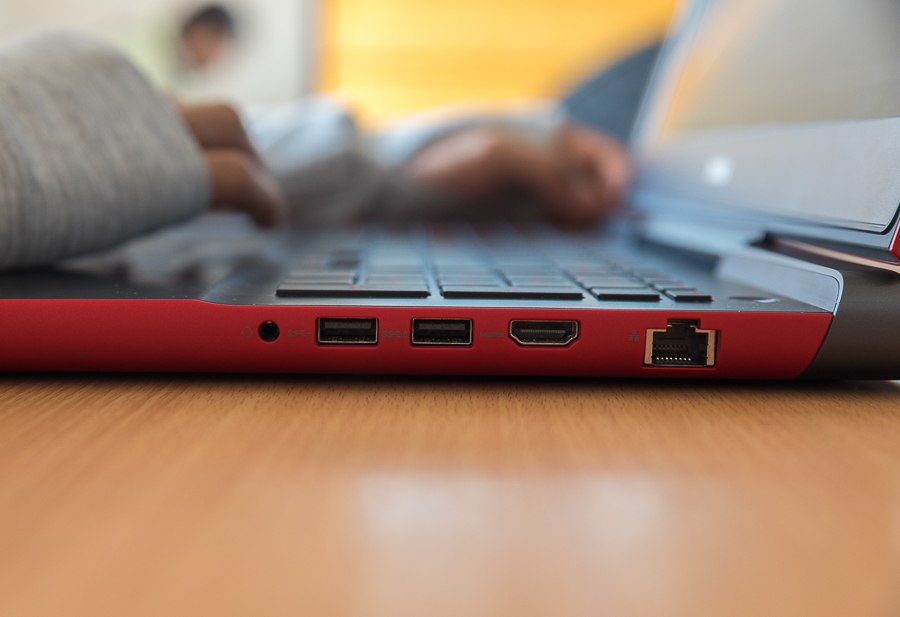 At the left, there is a card reader, a USB 3.0 and a charging port. On the right, there is an audio jack, two USB 3.0, HDMI and an Ethernet port. The laptop did miss out on a USB C port, but then again you can’t have everything.

Gaming laptops are known for their bad battery life. But this laptop is one exception to that theory. Thanks to the huge 74Wh battery, Nvidia Optimus and a fairly low power consuming processor, the battery life is pretty good. You can get over 6 hours of regular usage and around 2 hours in gaming. 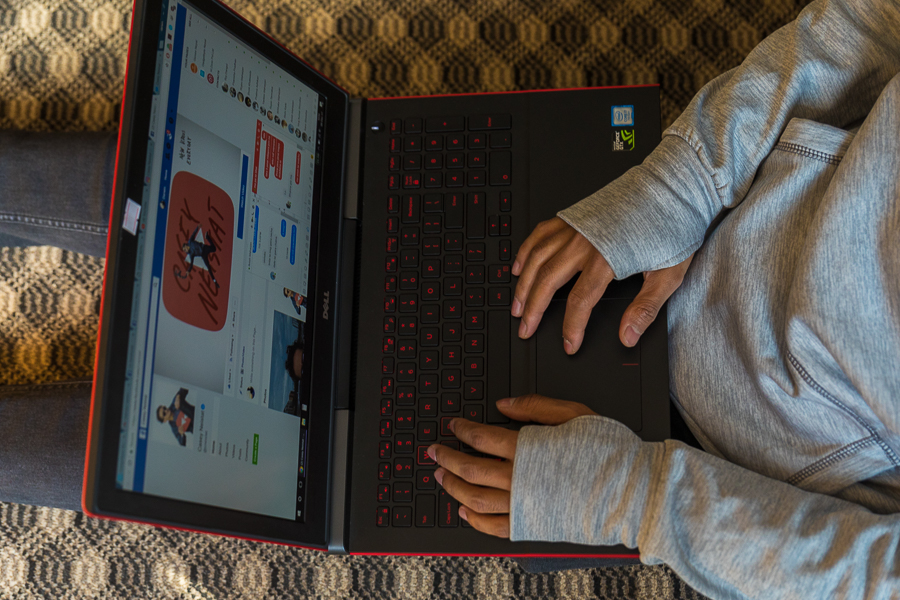 I can think of very few alternatives to this laptop. The HP Omen and Asus ROG GL553VD fall under the same price category but with GTX 1050 inside, so it’s probably not worth it. If you want to pay a little over 15k you do get the Acer Predator Helios 300 and the MSI GE62 6VR with the GTX 1060. But if your budget is around the 130k price range, you cannot go wrong with this laptop for gaming.