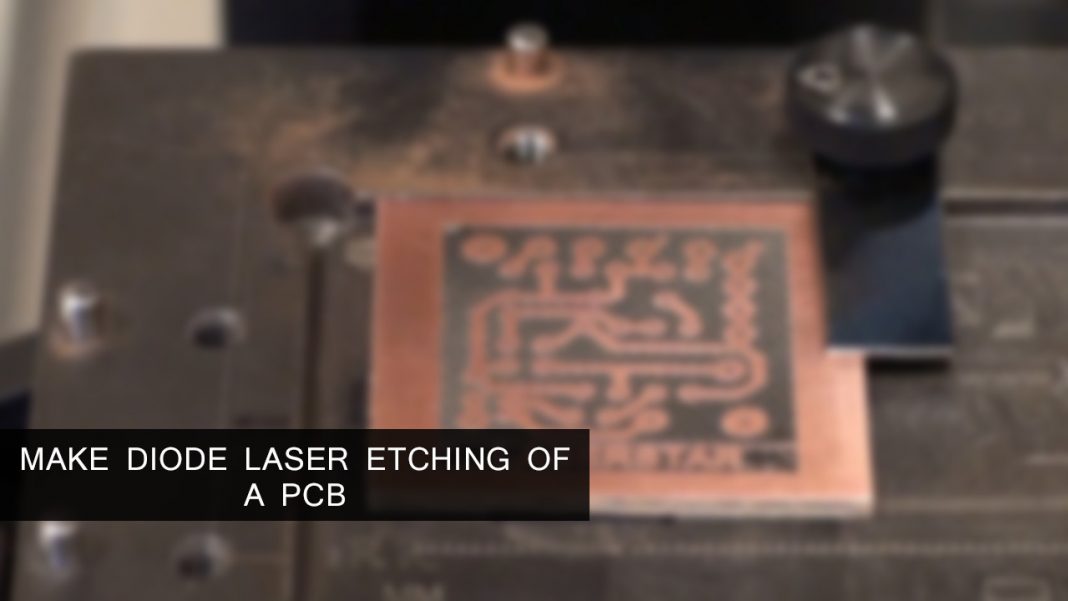 3D-printers have opened endless possibilities for home production and rapid prototyping. Now you can easily create practically any model in a 3D-program and 3D print it. But until now, only a few people have thought about the possibility to 3D print electronics for this or that solution (model). Up to this day to make a circuit board for a prototype one had to pore over it with a soldering iron or to order a short production run. However, many of us can make it using a conventional iron and a laser printer.

Though, this process is not very pleasing either aesthetically or technologically. In this article, we would like to describe another method. Not only any 3D printer but also any DIY Engraver will fit for it.

You can install a diode laser almost on any 3D-printer, setting it as an addition or in place of the extruder. Diode lasers are small in size and compact. Their relatively small power output compared with that of CO2 lasers is not a drawback in this case.

So, what does the process of the circuit board manufacturing at home or in the office look like?

For this, we need a copperized glass fiber plate, any dark vinyl film (any dark film that a laser can burn through will fit), iron chloride (sold openly in stores of chemical reagents) and, of course, a diode laser installed on a 3D printer. Its power output is not so very important, but we recommend to use a diode laser of more than 2W (2000 mW). To install a laser on any 3D printer is very easy. Here are some few steps: The copper on the glass fiber surface, free of the film after the laser burning, will react with the iron chloride (copper etching chemical reaction) and goes into the solution leaving clean glass fiber in the contours of the inversion image. Then, make holes for the necessary connectors with a small drill, or leave as is, and solder the connectors on top of the circuit board. So, we have told you how you can create a small shop – laboratory for circuit boards manufacturing, using a 3D printer and a laser. This technology is certainly not perfect and has several shortcomings, but it is efficient and can be used at home and small laboratories.