Home Dyson Dyson just made a pair of air-purifying headphones. No, seriously. 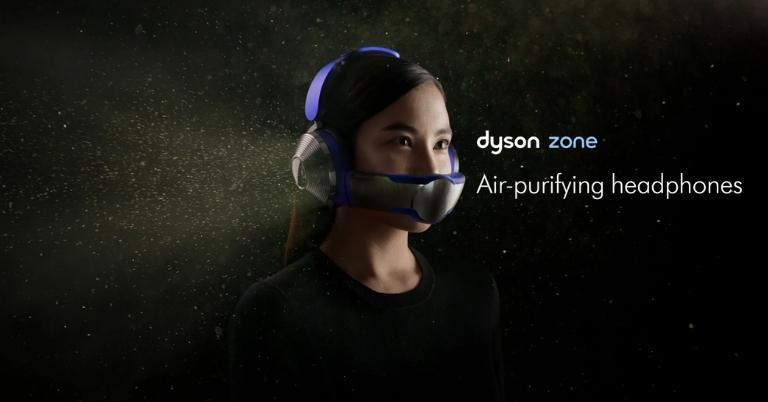 Dyson Zone might seem like an early April Fools’ joke, but it is not. Dyson has just launched active noise-canceling headphones that strangely purify the air, too. It was first conceptualized as a wearable air purifier in 2016 and the idea of integrated headphones was added later on.

The headphones are targeted toward urban dwellers as it aims to tackle both air and noise pollution. Thus, Dyson describes it as “headphones delivering pure air and pure sound.”

Dyson Zone may seem like a product born in the light of the COVID-19 pandemic. But this is not the case as the company claims it has been under development for six years. The company has put 30 years of filtration expertise into creating this product in hopes of providing air filtration not just indoors but outdoors as well. As mentioned earlier, Dyson Zone was only meant to be a wearable air purifier. However, a year into the research, the company started user trials in Beijing, which led to the idea of integrating ANC headphones and air purification.

Later on, the company settled on mounting the filters in the earcups for optimal performance. Engineers then spent most of 2019 analyzing different faces and head shapes to find the perfect comfort.

After fine-tuning the design in 2020, the company spent another year re-engineering the tech to improve performance and reduce size.

Dyson’s team drew inspiration from a horse saddle for the Zone’s weight distribution. Just like a saddle, the headphones distribute weights on the sides. Dyson has divided the head cushion into three parts which help evenly distribute the weight through the “contact areas” for an optimal fit. A magnetic visor pushes clean air towards the user’s nose and mouth. 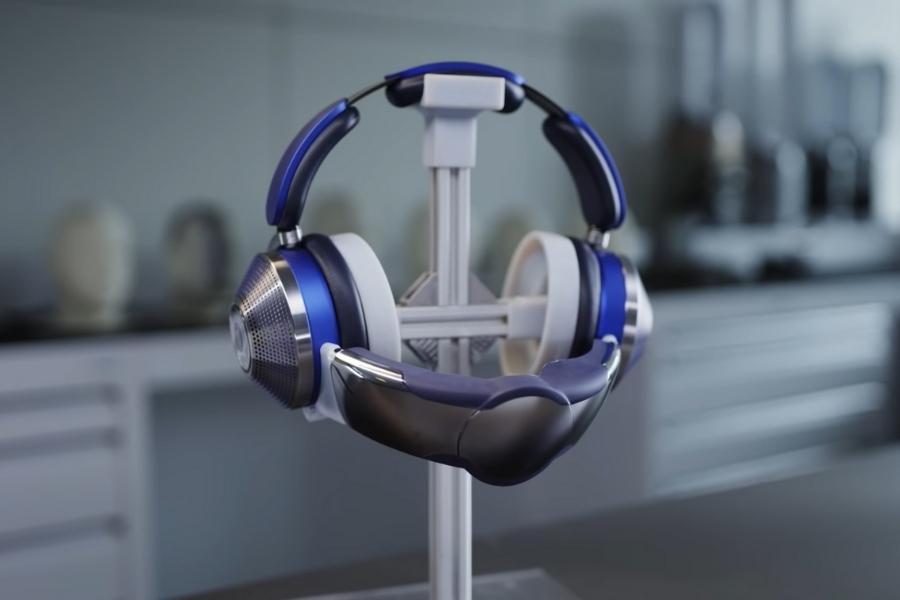 According to the company’s chief engineer Jake Dyson, “the Dyson Zone purifies the air you breathe on the move. and unlike face masks, it delivers a plume of fresh air without touching your face, using high-performance filters and two miniaturized air pumps.”

The Dyson Zone is the company’s first audio product. It features a 2-stage purification system that uses a filter and an electrostatic media to contain particles. Air is drawn into the headphone’s earcups and channeled into a contact-free visor that sits across the wearer’s lower face.

The visor streams two jets of purified fresh air into the wearer’s nose and mouth. Dyson claims that breathing does not feel stuffy but rather natural and comfortable with the Zone. The Dyson Zone has four purification modes, low, medium, high, and auto. When the visor is dropped to the wearer’s chin, the fans stop, allowing the user to talk. However, the headphones can be used without the visor too. Besides this, the company also offers a mask attachment with an FFF2 filter.

According to Dyson, the Zone provides ‘premium audio technology’ which delivers ‘immersive, high-fidelity sound.’ The active noise cancellation on the headphones utilizes microphones to monitor sound from the environment and compressors to generate noise-canceling sound waves. There are three ANC modes to choose from— isolation, conversation, and transparency.

Dyson has finally unveiled the price of the new air-purifying noise-canceling headphones. It is priced at USD 949 and will go on sale in March 2023.