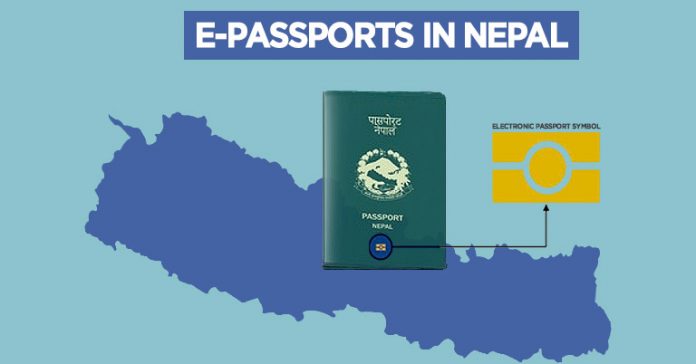 Nepal government has officially begun issuing e-passports from today. It will replace current machine-readable passports (MRP) and will supposedly make travel easier for people. Let’s find out more about e-passports in Nepal in this article.

E-passports, also known as biometric passports, are documents that contain a chip that stores information such as the passport holder’s name, date of birth, and other biographic information. They are far more effective than existing MRPs in combating passport fraud. Currently, more than 120 nations provide e-passports to their citizens.

It employs Public Key Infrastructure (PKI) to ensure the data’s integrity and authenticity. The chip is either inserted on the front or rear cover of the passport, or on the center page.

Narayan Khadka, Foreign Affairs Minister, will launch an e-passport at a ceremony to be held at the Department of Passports‘ new headquarters in Tripureshwor today. As of now, the distribution is handled by the department’s office in Narayanhiti.

Satya Mohan Joshi, a renowned 102-year-old writer/historian/scholar will get Nepal’s first e-passport. Mr. Khada will hand over the passport to him at the same ceremony.

A long due issuance

The e-passports may have arrived in Nepal a bit early. Last year, however, the KP Oli administration canceled three global tender notices in a row. The department is now ready to issue them, and the new passports will be produced by the French company IDEMIA.

Furthermore, Dornath Aryal, Director General of Department of Passports of says, “With the issuance of new passports, Nepal’s status will grow in world’s passport ranking”.  He added, “We are going to issue one of the best passports in Asia in terms of security, design, and other features”.

For those who are unaware, Nepal is ranked 110th on the Henley Passport Index for having one of the world’s weakest passports.

Moving on, the department will issue a total of 7 types of passports—that too in new colors. The standard passport will have a chocolate brown makeover in the cover, which is currently green, while diplomatic passports will flaunt a crimson red cover. Similarly, official passports will have navy blue, and peacekeeping documents will get tiger orange shade. 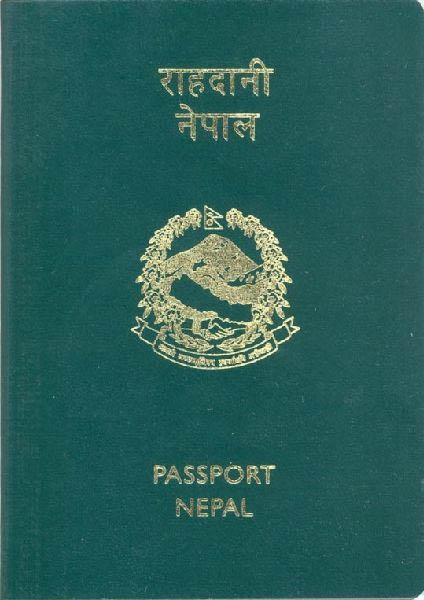 The rest—travel, temporary, and seaman’s record book is on black, chocolate brown, and slate-brown, respectively. On the other hand, the front of all biometrics passports will bear a hot foil stamp of the national coat of arms with Nepal’s new map.

E-passports will undoubtedly assist to increase the security of Nepal’s passport and also accept a set of widely acknowledged standards for international cooperation. However, it remains to be seen how things pan out in the long run and if the Department of Passports will be able to meet the growing demand.