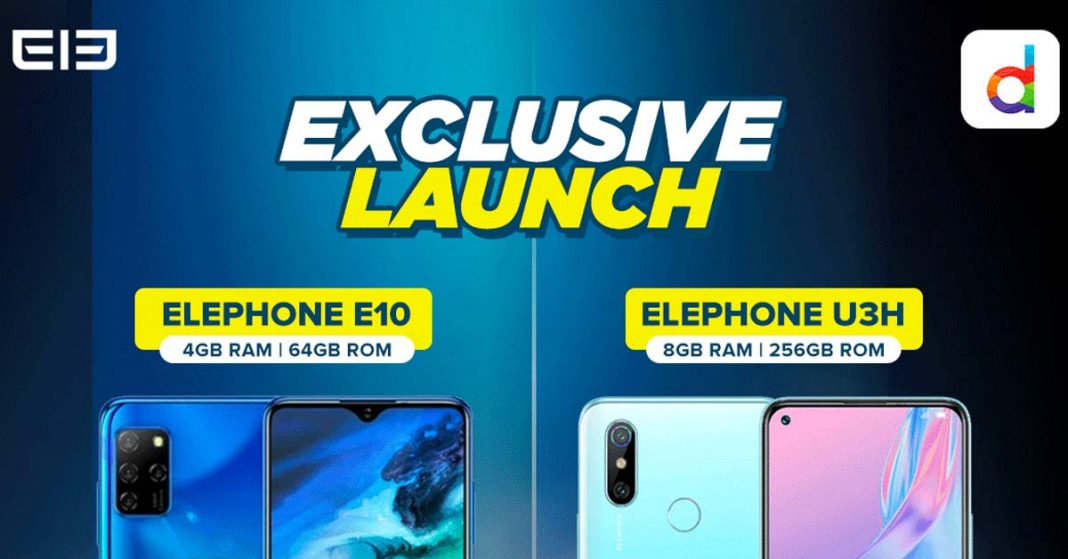 In recent times, Daraz is tying up with smartphone brands for exclusive launches. And this time around they have got two new devices from Elephone. Elephone is a Chinese brand known for manufacturing budget to mid-range smartphones with good build quality. However, their phones rarely get any software upgrades and are often criticized for lack of after sales service in the overseas market. The phones that are being launched via Daraz in Nepal are Elephone E10 and Elephone U3H. Both the devices are priced under NPR 30,000. Let’s find out the specifications and features of both Elephone E10 and U3H including their price in Nepal.

Launched in April 2020, this is a budget offering from the company. This device sports a 6.5-inch IPS LCD panel with an HD+ resolution of 1560 x 720 pixels. It has a water-drop notch up front to house the 13MP selfie shooter. The screen has an aspect ratio of 19:9.

Around the back, it has a quad-camera setup with a 48MP primary lens, a 13MP wide-angle lens a 5MP macro lens, and a 2MP depth sensor. The fingerprint sensor on this device is a side-mounted one. Under the hood, Elephone E10 is powered by MediaTek MT6762 Helio P22 chipset. It is complemented by 4GB RAM and 64GB internal storage. Furthermore, it has a 4000mAh battery and charges over a USB Type-C port.

This one is a much older smartphone that was launched way back in 2019. Thus, some of its specifications might seem outdated. It has a slightly bigger screen than the Elephone E10. This one has a 6.53-inch TFT IPS LED screen with FHD+ resolution. For the 24MP front camera, it has a punch-hole in the top left corner.

Talking about the rear camera, it has a dual-cam setup. The primary sensor is 48MP and the depth sensor is 5MP. It’s quite strange from Elephone not to include an ultra-wide-angle sensor on the rear camera setup. The fingerprint sensor is also located in the back panel. 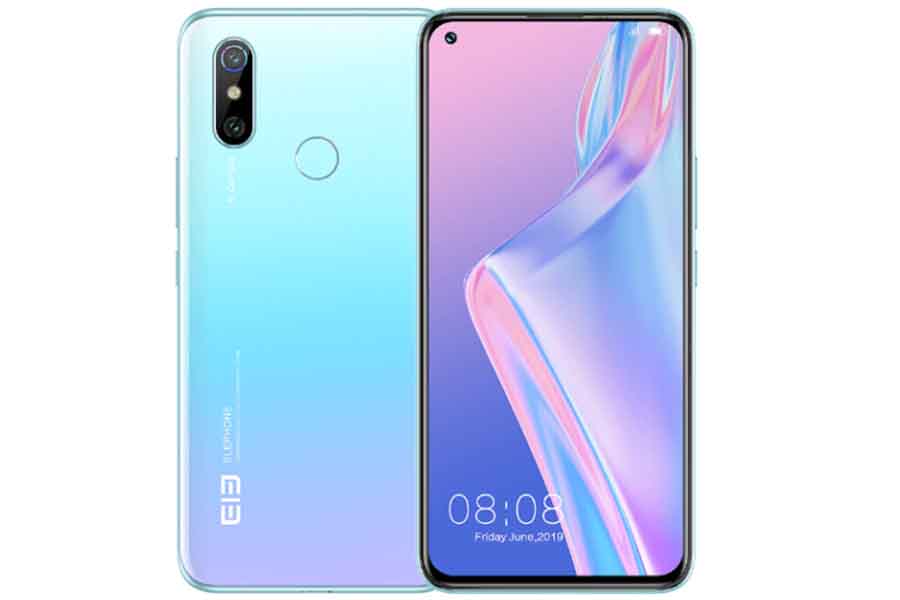 Running the device is the octa-core MediaTek Helio P70 processor. The accompanying GPU is the ARM Mali-G72 MP3. You get two RAM options of 6GB and 8GB. And the storage options are 128GB and 256GB respectively. The battery on this one is of 3500mAh.