Smartphones are not exactly environment-friendly, are they? I mean most of them have small upgrade cycles. And to get hold of the latest model, we tend to discard the older ones creating e-waste on a very large scale. While most companies are trying to feed the customers the latest spec’d devices, they usually tend to discard things such as e-waste. However, Dutch smartphone manufacturer Fairphone is trying to change the game. It develops sustainable smartphones with a modular design. And the latest device that they have launched is the Fairphone 3 Plus. It is similar to its predecessor, the Fairphone 3 barring some upgrades in the camera department. Let’s see what this Fairphone 3 Plus is all about including its price.

As mentioned above, the Fairphone 3 Plus is the successor to last year’s Fariphone 3. This new model brings in some minor design and software changes. However, there is a huge upgrade in the camera department. 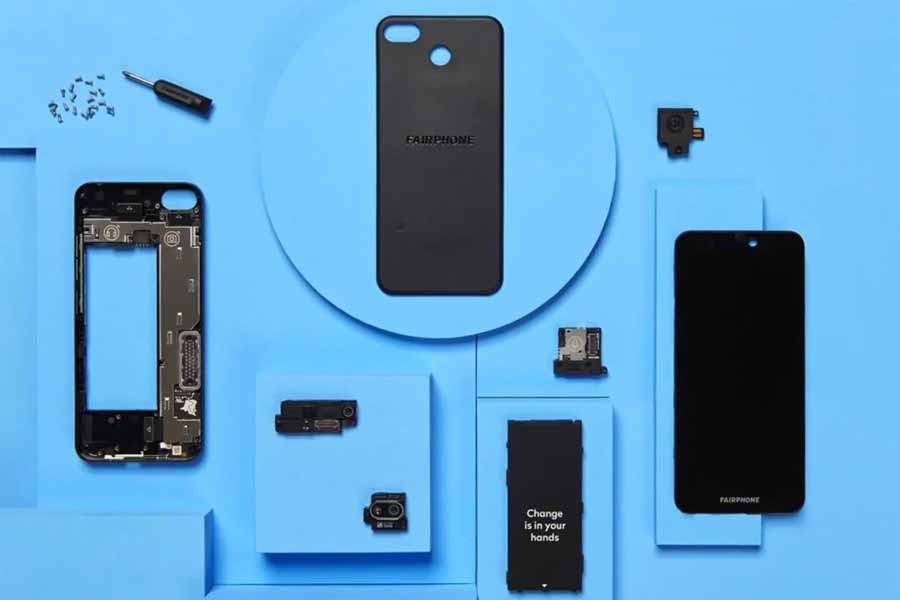 Sticking true to its core values, the upgraded camera sensors will be available separately. Moreover, they have been engineered in a way in such that they can seamlessly fit into the older Fairphone 3 too. Furthermore, once you purchase the new camera module, the company gives you a pack in which you can return the old camera module. Which in turn will be recycled or refurbished. This really goes on to show how much this company cares about improving the life of a smartphone. Furthermore, in order to decrease the e-waste, this device is made with 40% recycled plastics. Besides that, Fairphone also believes in fair working conditions and wages.

The other specifications of this device are akin to most mid-range smartphones. And these are pretty much similar to the Fairphone 3. This device comes with a 5.7-inch LCD panel with an FHD+ resolution and Gorilla Glass 5 protection. Besides that, it runs on the Snapdragon 632 SoC. The processor is complemented by 4GB of RAM and 64GB storage.

It has a 3000mAh battery powering the whole device and it supports Qualcomm Quick Charge. Also, there’s an upgrade in the audio system too. And as you might have already guessed, it is also modular.

Design changes include an opaque back instead of a transparent one. And the fingerprint sensor has been moved to the back too.

Fairphone 3 Plus Price and Availability

The device is already available for pre-booking via the company’s website. However, the actual sales will only commence from September 14. The price of Fariphone 3 Plus is €469 ($555). The main camera module can be purchased for €60 ($70) and the selfie camera module can be purchased for €35 ($41). However, while buying the bundle i.e the primary and the selfie camera together you’ll be able to save €25. Fairphone 3 Plus will only be available in Europe for now. However, global availability might be a possibility soon.