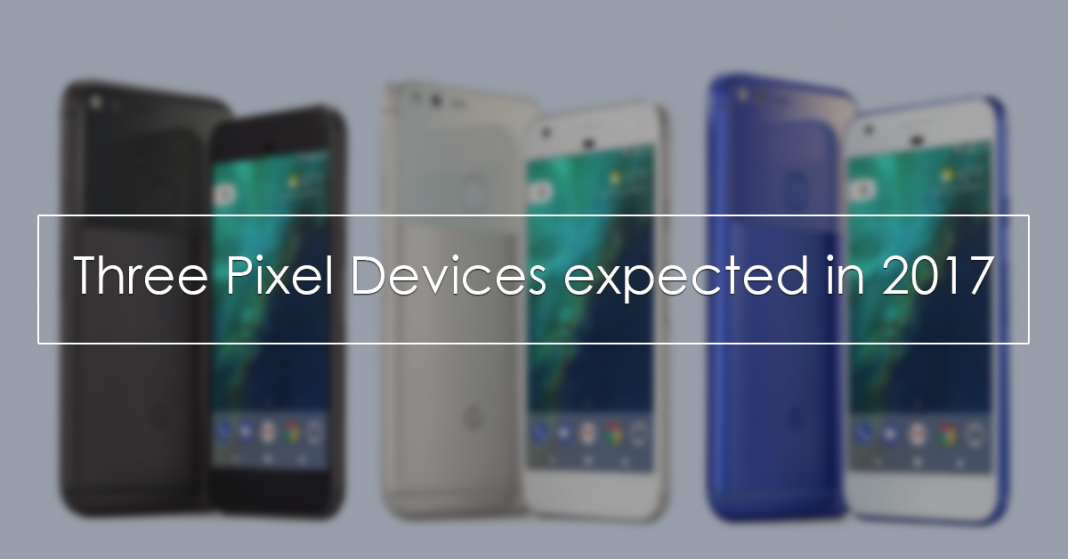 When it comes to Android fans, they get to see the handful of great devices releasing in the same year. But, none the devices are as exciting as that from Google. As major OEMs already released their flagship devices for the year 2017, there are still few yet-to-be-announced devices that are worth waiting for. To name a few, they are the OnePlus 5, Samsung Galaxy Note 8, iPhone 8 and the Google Pixel 2 and Pixel XL 2. Since the successors to last year’s Google Pixel devices were certain to be announced this year, a new surprising fact has just emerged in the smartphone industry. And that is, you can now expect not two, but three Google Pixel devices this year.

All three Google Pixel devices will be powered by Qualcomm Snapdragon 835. Recently, three Google devices with SD 835 have been added to the Android Open Source Project repository. They are codenamed: “Walleye”, “Muskie”, and “Taimen”. The first two devices are certainly the successor to last year’s Google Pixel and the Pixel XL. The another device named Taimen is rumored to have a screen larger than the Pixel XL. So, it’s likely to be a tablet than a phone. So, it could be the second iteration to the Pixel C, the first Google tablet. It won’t be out of place to mention, the rumors on the third device being a cheaper pixel is also found circulating the web. Since all the devices are powered by Qualcomm’s most powerful chipset, it is less likely to be a cheap device. Hence, my safe bet is on it being the tablet.

These Google devices are likely to be announced somewhere in late September or early October and that’s still a long way from now. Hence, there’s a very little information regarding these devices so far. The rumors claim the devices to have a design language inspired by the Galaxy S8 with the curved screens. Last year, the Google said the devices couldn’t be made waterproof because of the time constraint. So, this year Google devices are more likely to come with some water resistance. The Google Pixel devices are even rumored to have improved camera. And, yet again the phones made by Google are likely to have best cameras in a smartphone for the year 2017. HTC, the last year’s Pixel’s manufacturer, will be manufacturing this year’s devices as well. However, the design will solely be that of Google.