Indian smartphone brand Karbonn recently announced a mid-range phone Titanium Mach 2 in Nepal for Rs.18,153. Karbonn has certainly made a huge effort to improve the design of their latest phone Mach 2 as it features a very sleek and sexy looking build. The smartphone measures 6.3mm in thickness and comes with Gorilla Glass 3 on both sides. In addition to being slim, it’s very light weighing only 112g.

At first impression, I was stunned by the design and looks of the smartphone, especially considering the price tag of mere Rs. 18,153 (Note: You should get it under Rs.16,500 in retail stores). Needless to say this, but Karbonn Mach 2 is perhaps the best looking phone the company has ever launched.

The smartphone has a 5-inch HD IPS display, which is vivid and sharp. The display shows you Karbonn’s heavily customized User Interface. We played some few videos on the device and they looked okay. However, it’ll be fair to comment more on the display once we put it to the test in our detailed review. The Karbonn Titanium Mach 2 features an octa core processor, albeit it’s a MediaTek processor (MT6592 Octacore @1.4GHz) which might be a turn-off to many tech enthusiasts. We didn’t have any performance issues during our hands-on time. The UI was fast and snappy and the processor was able to handle most of the multi-tasking. The phone comes with 8GB of expandable memory and 1GB of RAM. We will analyze the performance in detail as soon we get a review unit.

The Karbonn Titanium Mach 2 has 8MP rear and front camera. On paper, the camera specifications seem to be decent, but when I clicked some photos, I instantly realised the drawback of this phone. The back camera is mediocre, but can capture good photos in daylight and HDR mode., but the front camera is the worst I have seen in a while. Although it is equipped with an 8MP sensor, the front snapper lacks all the elements that should be present in a front-facing selfie cam. 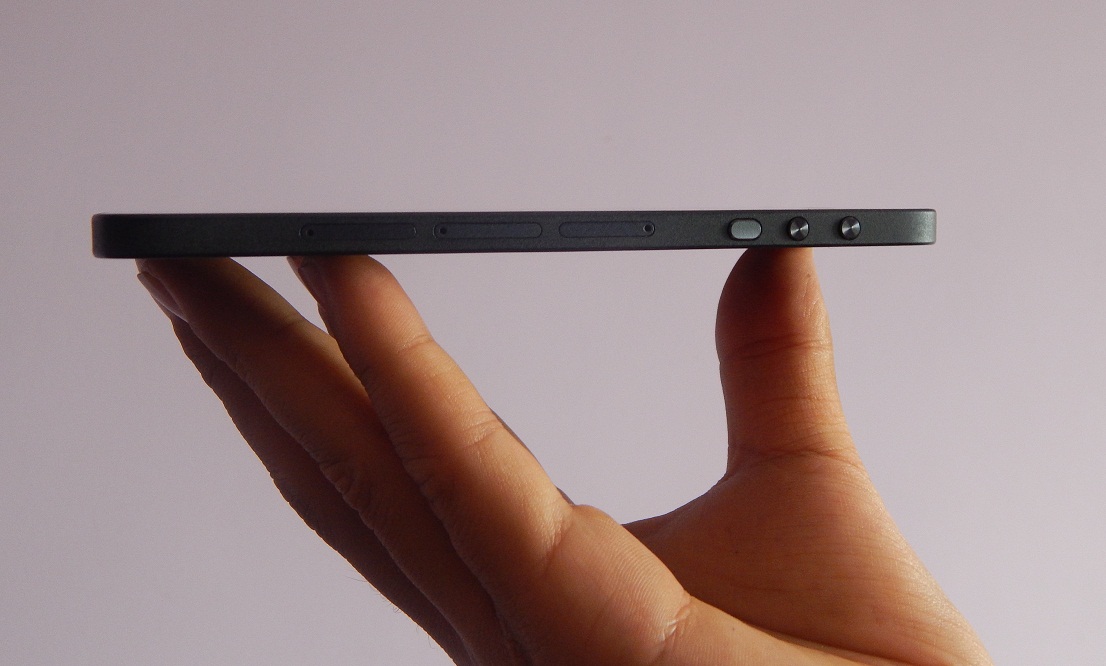 One area I am little worried about is its battery life. The phone packs a 1900 mAh battery and has to power a 720P display and Octacore processor. During my hands-on time, I felt like the battery was draining faster than it normally should.

I really liked the design and build of the phone, but at the same time I was concerned with the overall hardware specs the phone comes with. It features MediaTek CPU coupled with a mediocre camera and a small battery capacity. Here are the pros and cons of the phone:

So, what do you think about the new Karbonn Mach 2? Does it impress you? Let us know in the comments section below.