Home Huawei Honor Holly 3 is Official: First Huawei smartphone to be manufactured in... 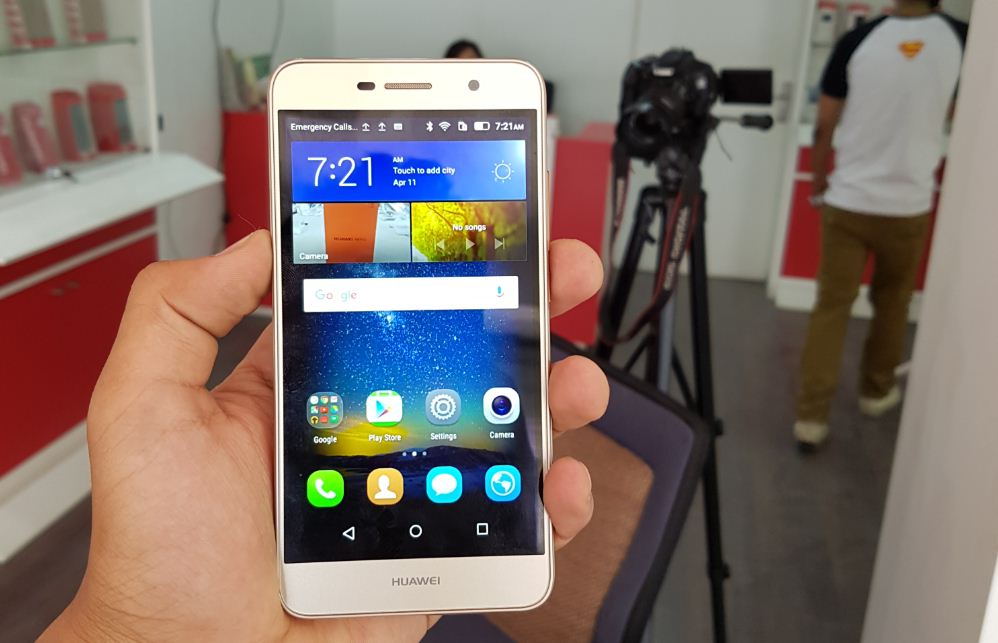 Huawei has launched its first “Made in India” smartphone, the Honor Holly 3 for INR 9,999. It is clearly a budget-oriented phone trying to compete with Xiaomi Redmi Note 3 and Lenovo K5 Note in India.

Specs wise, the Honor Holly 3 sports a 5.5-inch 720P display, is powered by a 64 bit octacore Kirin 620 SoC, which is a fairly midrange SoC, with performance comparable to that of Snapdragon 410 or MediaTek MT6753. The GPU that’s been used is a Mali 450 MP4, which is again an average performer. In terms of memory, the phone has 2GB of DDR3 RAM and 16GB internal storage which can be expanded by dedicated microSD card for up to 128GB.

On the camera department, the Honor Holly 3 boasts a 13 megapixel back camera with f/2.0 aperture lens, 28mm focal length, autofocus, and LED flash. It has an 8-megapixel front snapper. As far as software is concerned, it is running the latest Android 6.0.1 Marshmallow with Emotion 4.1 UI layered on top.

The Honor Holly 3 offers a 3100mAh non-removable battery and should provide excellent battery life considering the specs. Connectivity wise, the phone has support for dual SIM (4G+4G), WiFi b/g/n, Bluetooth, and GPS. Missing, however, are features such as NFC, Fingerprint scanner, and dual-band WiFi ac. It is available in 3 color options: black, white, and gold color options.