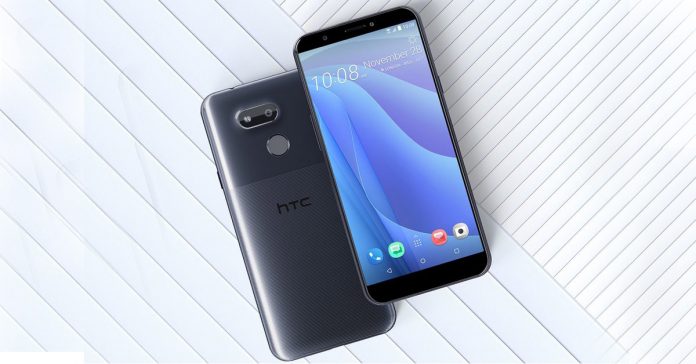 When HTC has been suffering a bit in the global market, it has something new up its sleeve. An entry level phone to be precise. The Desire 12s has the same design of the HTC U12 Life, but since it’s an entry level phone, it won’t be glass.

So, the HTC Desire 12s should have a glossy plastic body, as is the norm these days. The front has a 5.7″ IPS LCD display with HD+ resolution with 18:9 aspect ratio. The phone has no notch, but expect it to have top bezel and a chin at the bottom. There is also a rear mounted sensor at the back.

As for the camera, it is still rocking a single camera lens at the back. A 13 MP camera with f/2.0 aperture and LED flash rests at the back. The selfie camera is also a 13 MP lens but with f/2.2 aperture. With narrow apertures, low light images on this one could be a mess.

Inside, an entry level Snapdragon 435 powers the phone. Of course, it is an entry level phone, so, that’s about all you’re gonna get. But a Snapdragon 450 would have been much better. There’s a 3 GB / 32 GB variant as well as a 4 GB / 64 GB variant. There’s also a microSD card slot for expanding the storage. Also, there’s a 3075 mAh battery but has no fast charging support. The phone runs on the Android 8.1 Oreo with HTC’s UI Sense on top.

All in all, this is a basic entry level phone. There’s nothing that is compelling you to get this device. Also, for such a phone, the price seems a bit high with all the competition out there. The 3 / 32 GB costs around Taiwanese TWD 5990 (US $195) and the 4 / 64 GB costs TWD 6990 ($225). If you look at other Chinese brands like the Coolpad Cool Play 8, they seem like a better value for money. But there’s no word on its international availability.