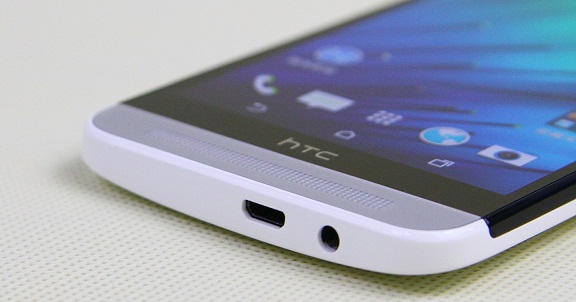 Want to buy HTC One M8, but don’t have the budget to buy one? Then have a look at One E8 as it carries all the features of the former in a non-metallic body, and at a lower price tag of Rs.50, 000. The HTC One E8 is about Rs.10,000 less expensive and features almost same hardware and software as the M8, except the build quality and moving from UltraPixel camera to a more conventional 13-megapixel rear snapper.

The Specs| HTC one E8

The HTC one E8  sports a 5-inch Super LCD 3 capacitive touchscreen rendering a resolution of 1080 x 1920 pixels with a density of 441 ppi. The screen is also protected by Gorilla Glass 3. It is Powered by Snapdragon 801 quad-core CPU with 2GB of RAM, the phone has a built-in storage of 16 GB and a microSD slot that can hold up to 128 GB card.

Like HTC One M8, HTC One E8 runs on Android 4.4.2 Kitkat, alongside the HTC Sense 6 UI. On the rear panel of the smartphone lies a 13MP camera accompanied by an LED flash. There is a 5MP rear camera on the front too. The HTC One E8 comes with connectivity features like 3G, Wi-Fi 802.11a/b/g/n/ac, GPS, USB port and Bluetooth 4.0. It comes with two SIM slots, with support to CDMA/3G on one and GSM on the other. It is equipped with a 2,600mAh li-po battery.

Price and Where to Buy in Nepal