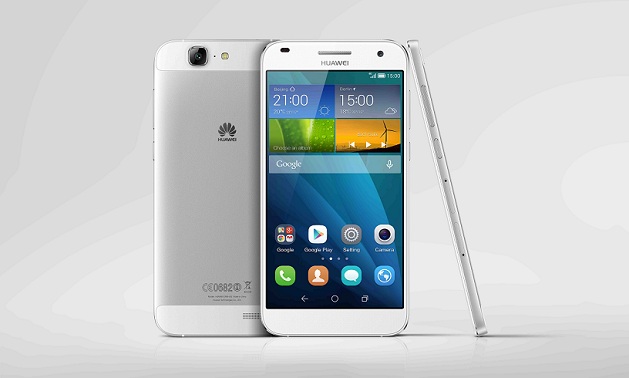 Huawei mid-end new phone- Ascend G7 officially went on sale on 10th of February for Rs. 35,499 in Nepal. However, Huawei Device Nepal has slashed the price of the handset and is now available for purchase for Rs.32,999. The handset is also available on 0% Equal Monthly Installment. The specs of Huawei Ascend G7 looks much similar to Samsung Galaxy E7, which was launched in Nepal a month ago for Rs. 32,500. The Galaxy E7 features a 5.5 inch 720p Super AMOLED display, a quad-core 64 bit SoC (Snapdragon 410) running at 1.2GHz, 2GB RAM, 16GB on-board storage (with microSD card support), a 13MP rear snapper and a 5MP front-facing snapper with 120° wide angle lens. The phone is powered by a 2,950mAh non-removable battery. The Galaxy E7 runs on Android 4.4 KitKat with Samsung’s TouchWiz UI on top and features ‘Hybrid Dual-SIM’, allowing the second SIM slot to be used as a microSD card slot. In terms of connectivity, the phone comes with Wi-Fi b/g/n,  Bluetooth, and GPS with A-GPS.