Recently, Huawei launched the budget friendly P8 Lite in Nepal for Rs.28,999. As the name suggests, Huawei P8 Lite is a mid-range version of the flagship P8. The P8 Lite has some astounding specs But how does the phone perform in the real world? Let us find out in this review.

Huawei P8 Lite features the same design language as the company’s flagship. However, the P8 Lite swaps out the premium metal outfit of the flagship in favor of plastic one, which is what you get these days in a midrange devices. Having said that, the plastic body on this phone doesn’t feel cheap like other plastic body phones from Samsung and Micromax. The plastic material on the back of this device has a nice hairline finish that shields the back from scratches and the display is also protected by a corning gorilla glass 3. In terms of ergonomics, the device feels very light obviously because of all the plastic that is being used. At first impression, it might feel uncomfortable to hold in your hand, but you will get used to as the time passes. The left side of the phone is clean, while the right side houses a volume button, power button, a hybrid slot that can be either be used as a SIM card slot or a microSD expansion slot.

The second slot is for 4G SIM. The buttons are laid out conveniently and it is easily reachable with one hand. The buttons are also quite responsive. Over the top, there is a 3.5mm headphone jack and a noise canceling microphone.

On the bottom, there is a micro USB port, a single speaker, and a microphone. On the front of the display is a 5 MP front-facing camera and a notification LED, with the Huawei branding in a rather weird position below the screen.

My opinion of the P8 Lite’s design and build quality is inspiring. It is easily one of the best-looking smartphones in its price range.

P8 Lite offers a 5 inch 720P IPS display resulting in a decent pixel density of 294PPI. The screen is protected by a corning gorilla glass 3 which will help the display from minor scratches and drops. Despite the ever growing presence of 1080P displays in midrange smartphones, the 720P display on the P8 Lite still manages to produce enough detail and sharpness.

I have never thought that I would say this: The Software UI on the P8 Lite is freaking awesome. It runs on Android Lollipop 5.0 with Emotion UI 3.1 layered on top of it. The UI has taken some inspiration from iOS 8. Obviously, there is no app drawer and you need to manage all your apps on the home screen, but the UI offers so much.
I have always complained about the system UI on Huawei smartphones, but the new Emotion UI completely changes the perspective on how you use your android phone.

Under the hood, P8 Lite packs Huawei’s in-house octa-core Kirin 620 processor, clocked at 1.5 GHz, and is backed by MALI400 MP4 GPU and 2 GB of RAM. Users might be skeptical with the unfamiliarity of this processor as users like is to have a Qualcomm chipset on their phone. But to be candid, the Kirin 620 processor has proven to be quite an able performer. There is hardly any noticeable lag. The overall experience is fluid, and the UI was fast and responsive. 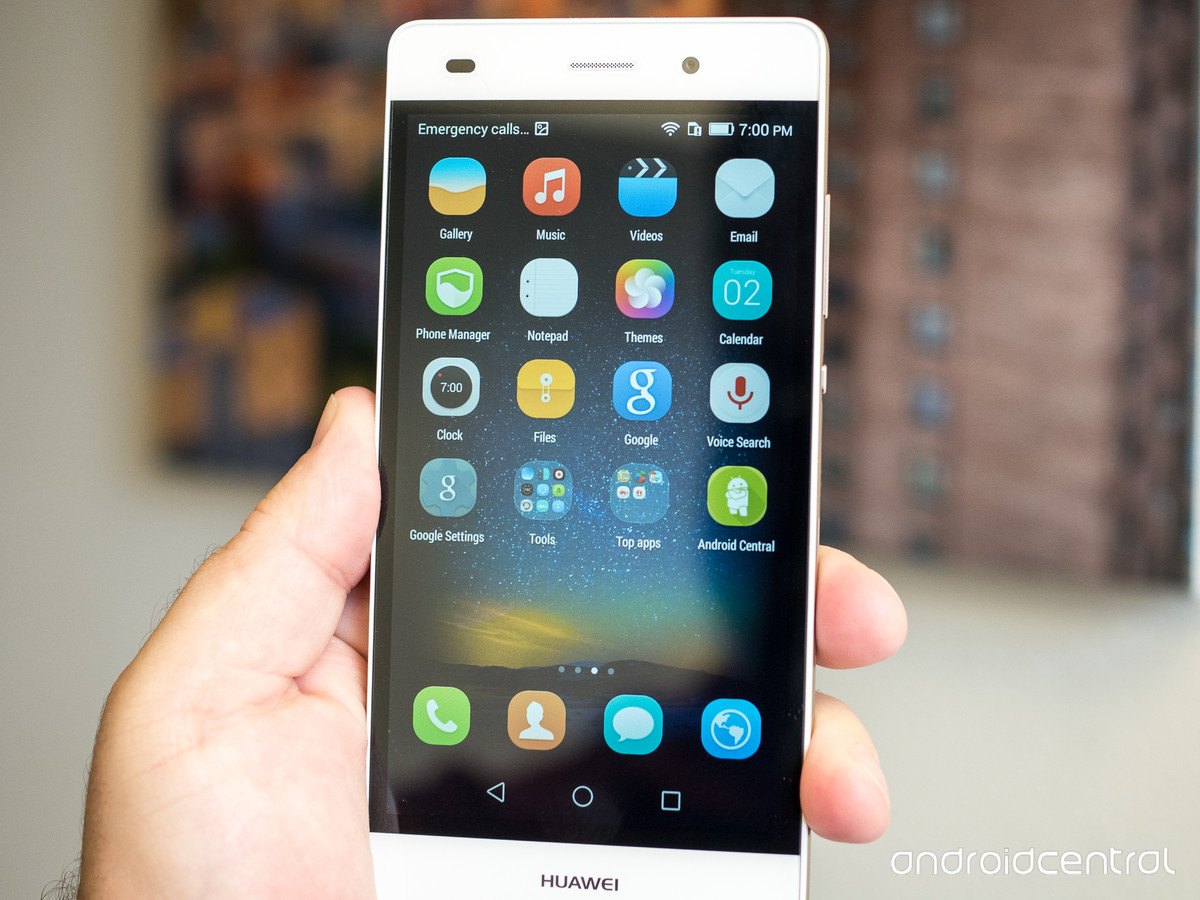 As far as heating is concerned, the phone heats up exponentially when you are using mobile data and while playing high-end games. The Cortex A53 64 bit cores coupled with MALI 400MP4 GPU is able to cope with most of the high-end games, although at medium settings.

The P8 Lite features a 13 MP rear camera with a f/2.2 aperture with BSI, and an LED flash. I have mixed feelings regarding the camera. On the positive note, it can capture quality outdoor photos with accurate color reproduction and details. However, the phone suffers a lot during low light condition. Even with the help of flash, the picture is not aspiring as during the daylight. The camera app looks very similar to the one seen on iOS 8. It’s simple and hence effective. It has different modes like HDR, All-Focus Mode, and a beauty mode.

The audio on the P8 Lite is really astonishing. Audio output through its mono speaker reaches a whopping 79 dB and is louder than other mid-range phones.

P8 features a 2200mAh non-removable battery and in real world usage, you should be able to a full day on mediocre usage.  On papers, 2200 mAh battery might not look promising, but surprisingly the battery life is great thanks to a lower resolution 720P screen and less powerful Cortex A53 CPUs.

Overall, I really liked this phone. Apart from the display which is a bit dim in my opinion and not so good selfie camera, all the other aspects like design, build, performance and battery life are top notch. If you are looking for a smartphone at around Rs. 26,000-Rs.27,000 price bracket then you should consider this phone.