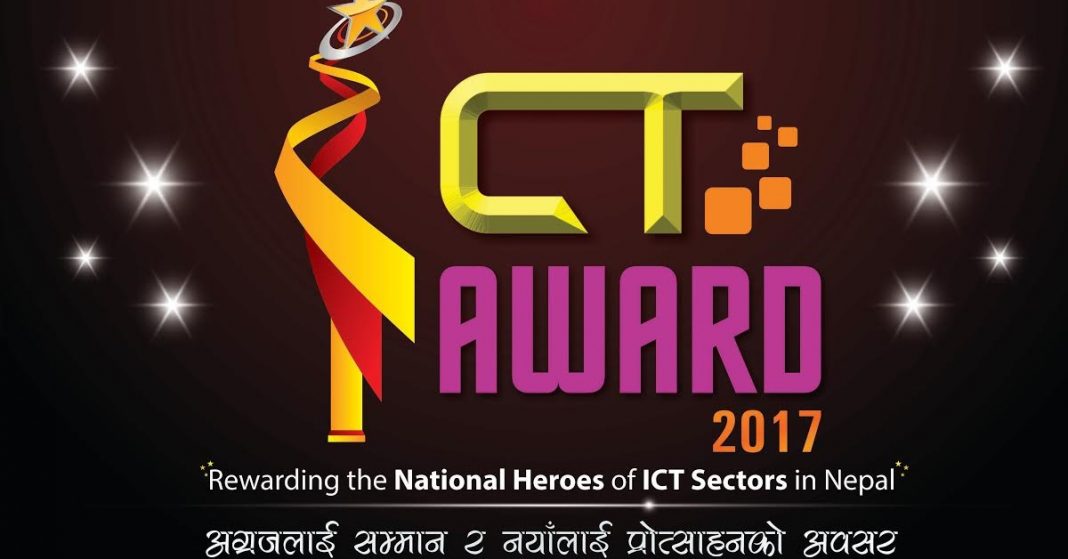 The world has seen progressive developments in the ICT (Information and Communication Technology) area and such advancements happen in our country at a languid pace. Despite myriads of setbacks and limited resources on the country, there are people, who have dedicated themselves to bring a positive change in national ICT Sector. So intending to address such contributions, I C Tech Media is set to organize the ICT Award 2017. The award ceremony is scheduled on August 18, 2017 (2nd of Bhadra, 2074) with the deadline on 15th July (Ashar 31) for Nomination Registration. The award will honor five different personnel, who have shown their heroics in the ICT area.

This will be the second time I C Media Tech to organize the award ceremony. On the anniversary of Living with ICT Magazine, a year back, I C Media Tech began this tradition of honoring ICT heroes. Last year’s winners were Sato Deal, Cool Techno Lab, NepFlight, and Yellow Nepal. At the event, Computer Scientist Muni Bahadur Shakya was honored by ICT Pioneer Award.

This award will be awarded to the ICT based company with a recent start-up but with a clairvoyant business model to ensure growth and success of the organization in the long run. The companies with start-up history no longer than three years will be considered eligible for the nomination.

The ICT based company, which came up with an innovative product along with the potential to make an impact on the lives of mass population and likely to gain success in the business will be favorite for this award. The product with a market history longer than a year will be considered ineligible.

This award will be awarded to one individual who nurtured ICT when it was still a sapling on our country. The man behind the curtain, who made commendable contributions to the growth, promotion, and development since the dawn of ICT era will be the favorite.

An individual dwelling outside Nepal but with a Nepali origin, who has made a remarkable imprint in the international arena and has helped identify the country as internationally competent in the global stage will be eligible for this award.

This award will be honored to the creative scholar for their innovation on IT sector during their education up to graduation. Only full-time and the regular student will be eligible for this award.

If you or your company is eligible for the award, then you can apply for the nomination here. Forms can also be filled through the official mobile app of Living With ICT.