Home inDriver inDriver Nepal: What’s next for the ride-hailing company? Before talking about inDriver in Nepal, let’s take a moment to talk about the ride-hailing culture in general. In the past couple of years, this is something that has thoroughly ingrained itself into the Nepali urban lifestyle. Kathmandu, especially. Just open the app of your choosing, select the destination, confirm the booking, and boom! Someone with a two or a four-wheeler vehicle is on your way to take you where you want to be. Woah, that sounded a little too magical, but I digress.

So what if there was one more step to this process? One additional step that would change the ride-hailing experience altogether? While practically every other ride-sharing platforms in Nepal predominantly use ✨ algorithm ✨ to determine the trip cost, inDriver puts both the drivers and the passengers in the driving seat (heh) by letting them negotiate the fare.

That means the passengers can bid a price for their ride, and the rider can either accept the offer, reject it, or make a counteroffer if the price isn’t right. There is obviously a lower threshold to this Real-Time Deals (RTD) model though. That’s determined by an ✨ algorithm ✨ too. And a passenger isn’t allowed to quote absurdly low prices just for the sake of it.

With such a “bidding war” mechanism in place, an inDriver passenger gets the pick of the litter from different riders. Someone may be close to the pickup location, some far away, some with a 5 ⭑ rating, or some with the lowest ride fare. At this point, price no longer becomes the sole factor to consider for the traveler.

Maybe you’re in a hurry and are willing to pay more for the fastest rider to arrive. Or if you have some time to kill, why not go for the cheapest option available?

That’s… the best-case scenario. Albeit something totally possible. After all, if there aren’t enough riders in your vicinity, there can’t be many bidders in the first place. But if you’ve ever compared inDriver’s base fees (recommended fare) to that of other ride-sharing platforms like Pathao, it’s still the cheaper option in most cases. 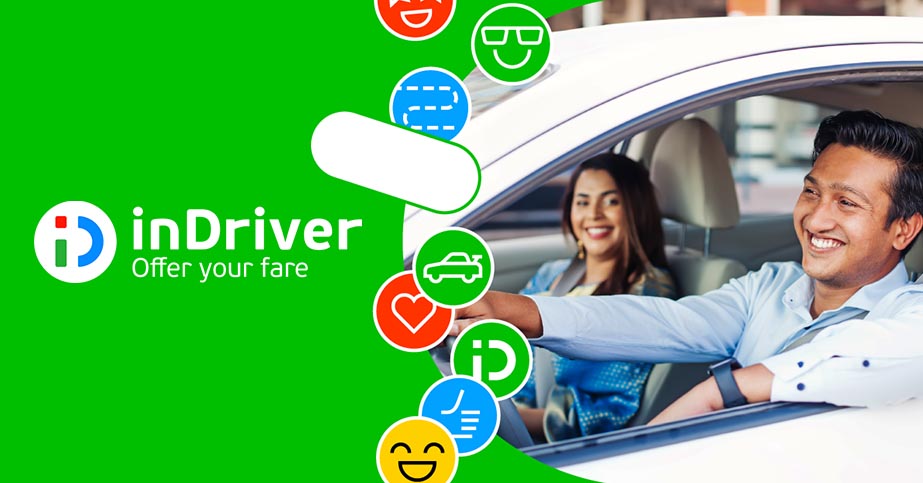 Another factor contributing to inDriver’s appeal is its coverage service area map. I haven’t used inDriver myself. But when speaking to others that have, they had nothing but high praise for its map optimization compared to other ride-hailing services.

We recently had the opportunity to sit down and have a chat with Ms. Pavit Nanda (Communications Manager, inDriver – South Asia). And when asked about the brilliance behind the company’s map platform, she mentioned that inDriver uses map services from a bunch of top vendors (although she wouldn’t disclose which ones). Besides that, it also factors in live traffic data to generate the best possible route for point A to point B.

Now, all this sounds fantastic for the passenger. But a passenger is just one-half of the ride-sharing equation. What about the drivers then? Apart from the price bidding system, inDriver’s meteoric rise in Nepal can also be credited to its zero-commission policy. For a rider, that’s basically all it takes to switch sides, I guess.

It’s like having your cake and getting to eat it too!

At a time when all the established ride-hailing platforms charged a certain percent commission on each successful trip (some to the point of frustration among riders), the ones at this US-based ride-hailing service got to keep 100% of their income.

But that’s all set to change very soon. Back in May 2022, the company officially launched its services in Nepal. And it was then when inDriver announced that its zero-commission policy would come to an end half a year later.

Even so, Ms. Nanda confirmed that inDriver’s commission rate would be 10% or lower. That is still less than what the competing ride-hailing services charge right now. Only time will tell how the competition and the riders will react to this change. Aside from ride-sharing, inDriver also offers intercity rides and courier services. No food delivery yet; and it seems that the company has no plans in getting into this sector as hinted by Ms. Nanda.

You know what else isn’t arriving on the platform—at least not anytime soon? Insurance. As Pathao doubles down on its commitment toward insured rides, I was under the impression that inDriver would have this as one of its top priorities as well. 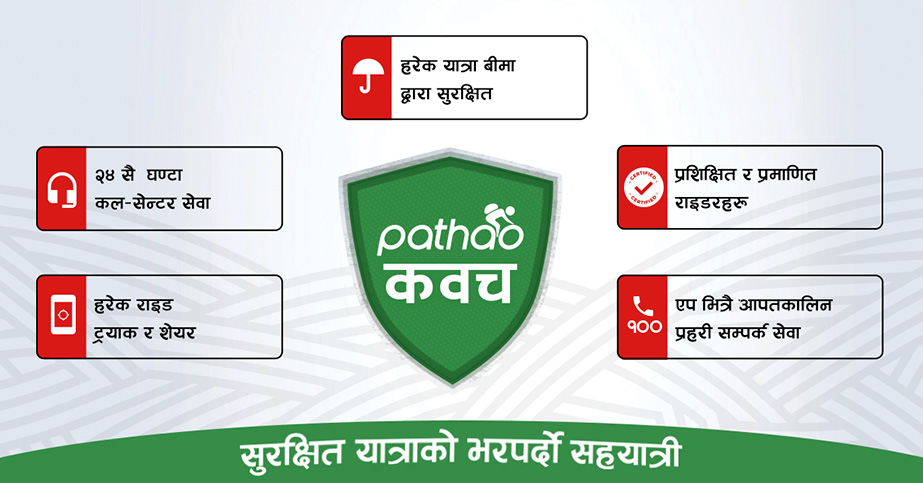 Instead, the company is embracing everything but insurance to ensure safe rides. This includes a 24/7 support system, on-field training to drivers about road safety, better rider screening policies, more effective ride tracking mechanisms, emergency police service from within the app, compliance with the local regulation, and more.

But since inDriver treats both riders and passengers as customers (instead of considering the riders as its representatives), the company evidently doesn’t hold any liability in case of an accident. It will comply with the authorities to whatever degree required—or conduct internal investigations even. However, Ms. Nanda adamantly clarified that it’s all up to the rider to guarantee safe rides by following the traffic rules.

Things start to sound even bleaker when you realize that inDriver doesn’t have a physical presence in Nepal. Rather, the company is currently operating through its South Asian hub in New Delhi, India. That means everything from rider/passenger verification and addressing customer complaints are being handled remotely.

Despite this, Ms. Nanda ensures that it won’t have any negative impact on the overall experience of the user. And when you think about it, it’s almost apparent that this is just a part of the process. As of now, inDriver simply has no source of revenue. Remember that it isn’t taking a commission from riders yet.

So after inDriver eventually alters its business model to accept commissions, expand its operation, and officially register the company, Ms. Nanda assures that an inDriver headquarters will be established in Nepal too.

But all this doesn’t mean there can’t be any Nepal-centric CSR activities. In fact, the company is holding the “inDriver Aurora Tech Award”. Under this, select female IT startup entrepreneurs from around the country will be awarded monetary prizes. There’s also the “BeginIT” educational project.

It will work with orphanages, rural schools, and similar organizations to identify children of low-income households. And if the participating schools are deemed eligible, they will receive financial as well as technical assistance for the student’s growth in the IT sector. So that was all about the current status and future prospects of inDriver in Nepal. Do you actively use or have you ever used inDriver’s services? Feel free to share your experience with the platform in the comment section below.