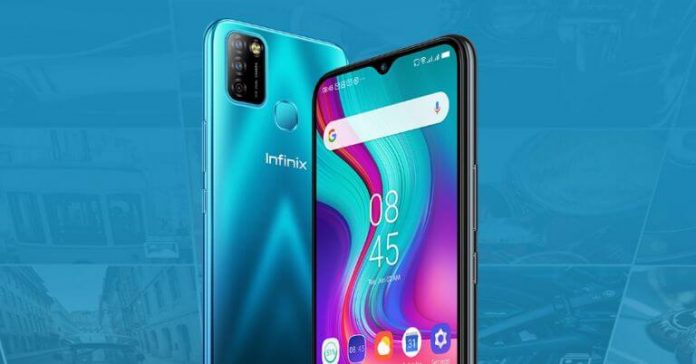 Infinix has quietly launched a new budget smartphone. The new Infinix Smart 5 is the successor to Smart 4 that was launched in Nepal earlier this year. Let’s take a look at the specs, features, expected price, and availability of Infinix Smart 5 in Nepal.

Infinix Smart 5 is a budget device targetted towards first-time smartphone users. The highlight of the phone is its 5,000mAh battery. Similarly, it runs on Android 10 Go Edition and features DTS Audio Processing. 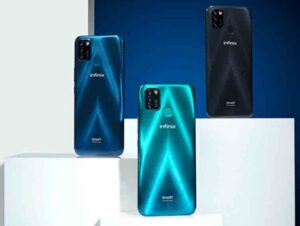 Infinix Smart 5 features a 6.6-inch IPS display with an HD+ resolution of 720 x 1600 pixels. The panel features a waterdrop style notch that houses the front camera. The bottom chin looks really thin for a budget device. Its thickness measures 8.75mm.

The rear panel on Infinix Smart 5 showcases a gem-cut design, which the company has used in many of its devices. The panel produces different patterns and color variations based on the angle that it is placed.

The Smart 5 is powered by an unnamed chipset clocked at 1.8 GHz. Infinix even has not specified if the processor is a quad-core or octa-core. So, if you prefer performance over other specs, it may not be the device for you. Talking about memory, the device is available in two memory configurations – 2/32GB and 3/64GB memory. Being a budget device with underpowered specs, the device runs on Go Edition of Android 10. 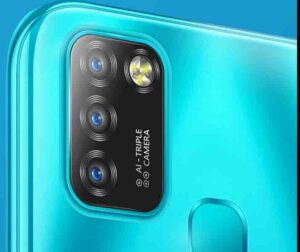 On the front, there is an 8MP selfie camera. It is accompanied by a dual front flash. The camera uses AI algorithms for automatic retouching and background blur effects.

The main selling point of the Infinix Smart 5 is its 5,000mAh battery. The company is claiming up to 3 days of battery backup. Additionally, the device offers up to 33 hours of talk time and 35 days of standby time. It can be charged using a 10W micro USB charger.  For biometrics, Infinix has included a capacitive fingerprint sensor and face unlock. The Smart 5 comes with DTS audio processing. 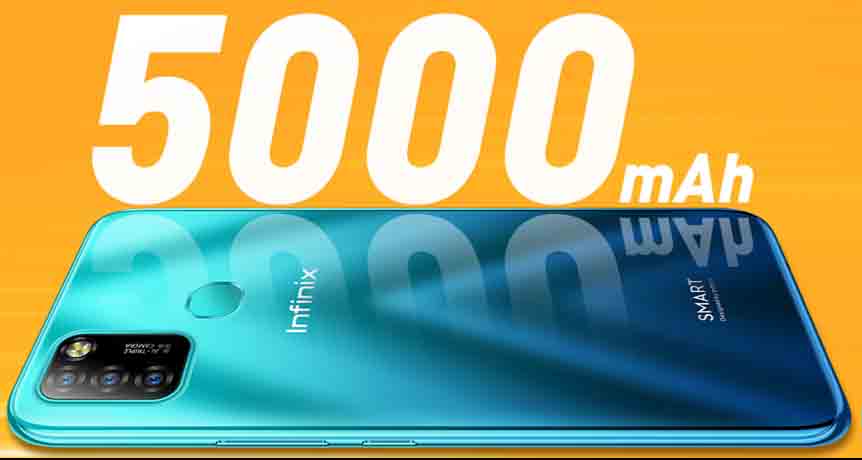