The increasing number of smartphone companies in Nepal has resulted in more number of devices releasing in each and every price segment. We have been witnessing the release if some great smartphones. But while doing so, manufacturers have now started selling some old pieces of hardware. Not saying it’s a bad thing or anything since we are getting to see some great devices at a cheaper price. Doing the same thing is Infocus, as the American company has released the Infocus M535, more than a year old device. These days even the lower-end smartphones feature metallic back, and the Infocus M535 is no different. The device comes in a metal back that is bordered by two plastic bands.  The metal back of the device feels premium, but the review unit we received has somewhat of a bulged out plastic band which makes a lot of that ‘Kiiirrrkkkkk’ noise when pressed. On the plastic back up top, a rear-facing camera sits along with an LED flash. There’s a company branding on the metal. Up front, the device features a 5.5-inch display with some rather larger bezels at the top and bottom. The large bezels have made the device look a bit bland. On the top is an earpiece, a few sensors and a front-facing speaker.

The power button, the volume rockers, and the SIM slots sit at the sides. One issue I had with the volume rockers is that they are placed a bit higher than what I am used to. The SIM and microSD card slot is placed right above the power button. Down below, there is a single bottom firing speaker and a microUSB connector. Oh, and the device does come with a headphone jack.

Like the devices of its price range, the Infocus M535 sports an HD display. The IPS display measures 5.5-inch and come with the resolution of 720 x 1280 pixels. Unlike the Epic 1, the last Infocus device I reviewed, the M535 has no ugly black band around the display. Right off the box, the display looked bright. But once I streamed a HD video on the device, I realized that it lacked the sharpness and vibrancy. I had expected a bit more from the display even though it comes with a 720p resolution. The gaming experience is nice on the large display, but again, it lacked the sharpness, and wasn’t all that colorful and saturated. The viewing angle of the device is good and the gaming experience is decent, though.

Software wise, the Infocus M535 runs on Android 6.0 Marshmallow out of the box with InLife UI on top. Even though I am aligned towards stock UI, I had no problem using Infocus’ skin. I, however, decreased the animation scale of the device as the software felt a bit slower for me.

But it does come with a few bloatware which I didn’t actually use. One of the best features of my primary smartphone is the inclusion of different gestures. But I missed those gestures dearly when the M535 became my primary device for a week. Nonetheless, the software experience of the M535 is good and lag free.

On to the performance, the Infocus M535 is powered by a Quad-core MediaTek MT6735 processor with the clock speed of 1.5GHz. The SoC is coupled with Mali-T720 GPU and 2GB or 3GB of RAM, according to the variant you purchase.

The device sometimes lagged when I had tons of apps running in the background. Other than that, I had no issues with the performance of the device.

On the hardware side, the Infocus M535, like I already mentioned, comes with a single bottom firing speaker. It is average and not that very loud, but it gets the job done, nonetheless. One problem with speakers at the bottom is that it gets covered easily while using a device in a landscape mode. And I had the same issue with M535’s speaker. 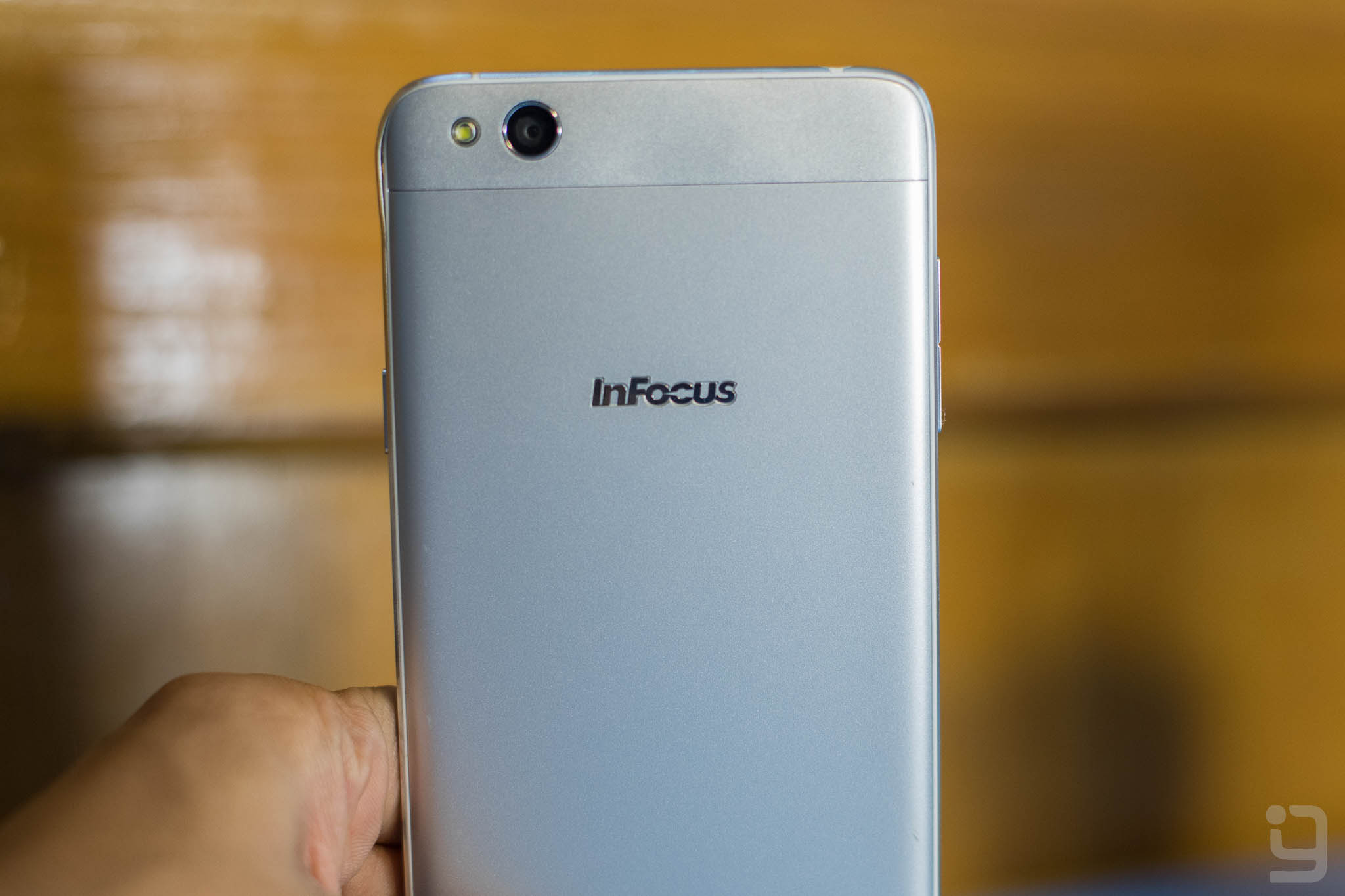 Being a two year old device, it comes with a microUSB v2.0 port for connectivity and charging. Alongside the charging port is a primary mic. There is a secondary mic on the top which really helps in background noise cancellation.

The Infocus M535 ships with 16GB of onboard storage with an option to expand it up to 64GB via a microSD card slot.

The Infocus M535 is equipped with a 13-megapixel rear-facing camera. In a well-lit environment, the pictures from the camera come out decent. It, however, lacks the proper sharpness and color reproduction. Like every other smartphone of its price range, the camera of the device suffers under low light. The pictures come out way too noisy and grainy. 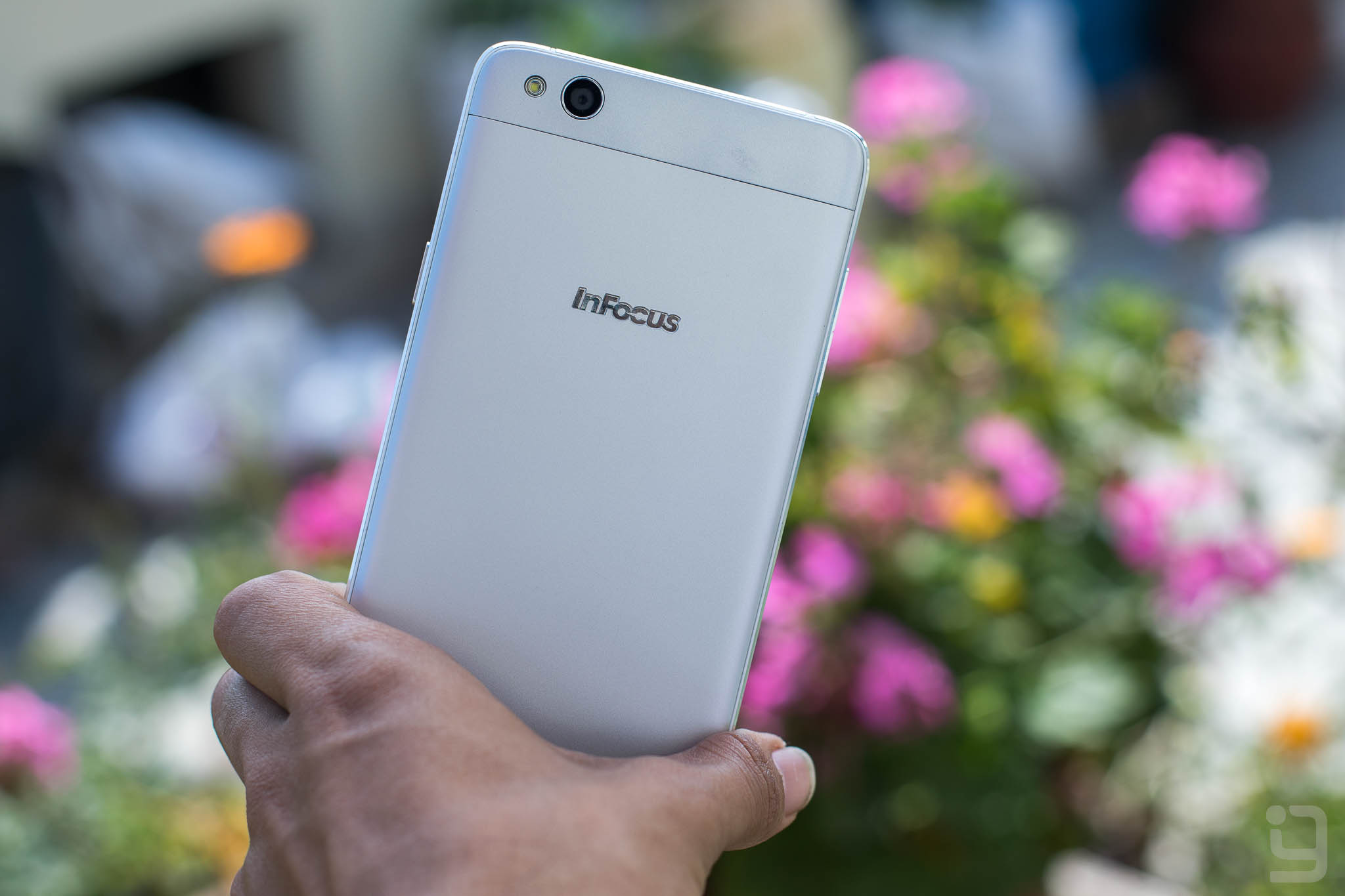 The front-facing camera of the Infocus M535 measures 8-megapixels. Before anything, I would like to mention the unusual lines that appear when taking selfies in the night time. I don’t really know what those lines are but it really tells us all about the camera quality of the device. Under ample lighting, the front camera takes decent social media ready selfies.

The camera app comes with some gestures for taking pictures. But I would have liked it if Infocus had concentrated on the camera quality rather than these gimmicky features.

The device comes with dual Nano-SIM slots with only one slot supporting 4G connectivity. It also supports memory expansion through a microSD card slot. Then 16GB of onboard storage can be expanded up to 64GB. During calls, people didn’t really complain about the call quality. Also, the inclusion of a secondary mic has helped in making the call quality a bit better.

The Infocus M535 has a Gyro sensor for an excellent VR experience. It, however, lacks a fingerprint sensor. Other connectivity options include Wi-Fi 802.11 b/g/n, WiFi Direct, hotspot, Bluetooth 4.1

The Infocus M535 houses a small 2600mAh battery. Since the device features a 720p display, I had expected the battery to last a bit longer even if it was a tad bit smaller. But I only got around 3.5-4 hours of screen-on-time under heavy usage. My usage included gaming, internet browsing and calling. Even with moderate use, the battery didn’t last all day. So, you will have to carry around your charger if you intend to buy this phone. 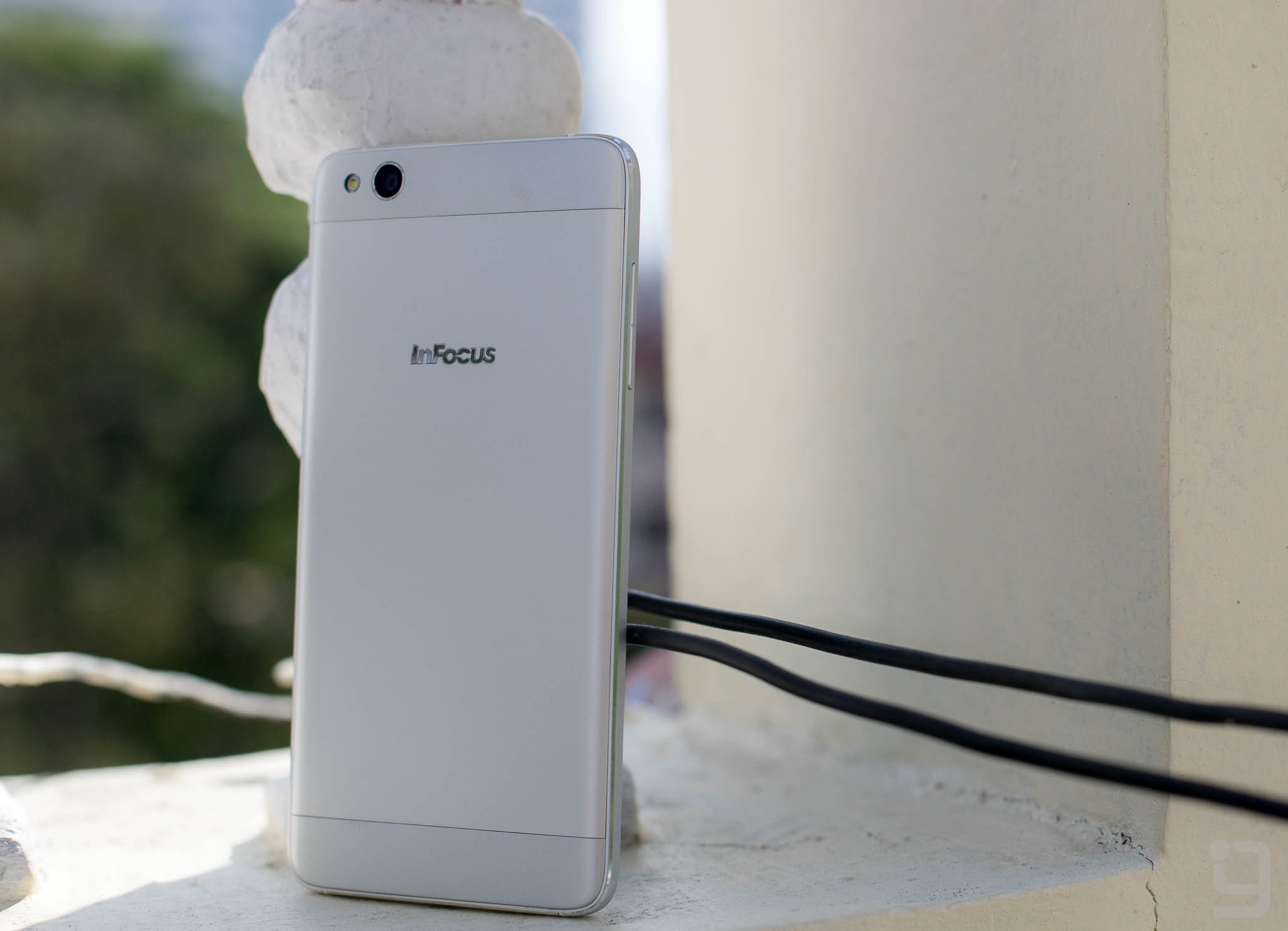 The device has no fast-charging option. There is, however, a power saver option which increases the battery life slightly.

The trend of smartphone manufacturers and distributors releasing devices has brought forward a massive competition. Infocus surely realized that and launched the Infocus M535 here in Nepal. But since it is a two-year-old piece of tech, you might not actually find some of the newer features in the device.

All in all, the Infocus M535 is a midrange device that offers good design and bigger display for your multimedia needs. If good looking design and a bigger display are your priority, this would be a right choice. However, if you want a better performance, better camera, and better battery life, you should be looking somewhere else.

IF YOU’RE WEREN’T IMPRESSED BY THE INFOCUS M535, HERE ARE SOME OTHER OPTIONS YOU CAN CONSIDER: 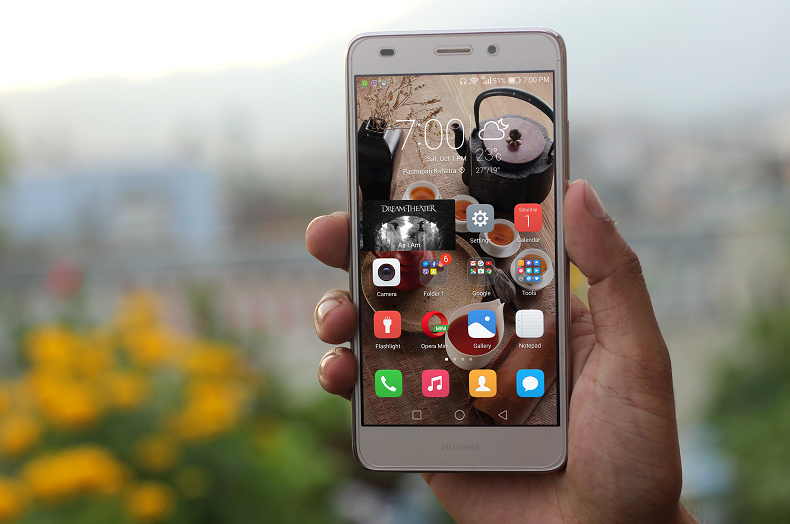 The Zte V7 Lite comes in a metal body. The device is powered by a Quad-core MediaTek MT6735P processor with 1.0GHz clock speed. It features a fast fingerprint scanner.The 13MP back and 5MP front camera is also decent considering the price of Rs. 17,390.