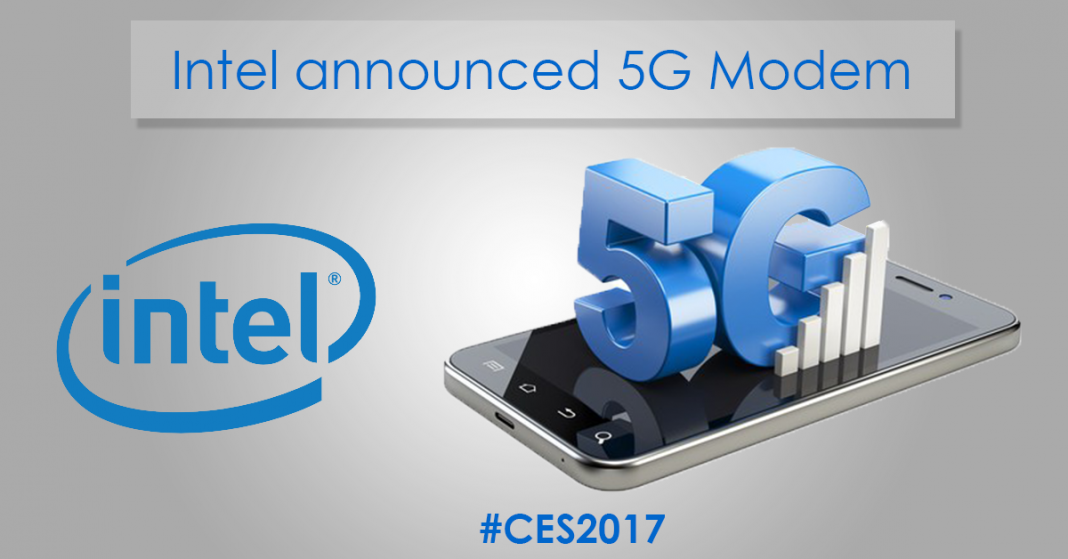 Consumer Electronics Show (CES) 2017 is up and running since 5th Jan. 2017. This CES 2017 is happening in Las Vegas, Nevada. The show will end on Jan. 8, 2017. The announces and releases in the show give a glimpse at the new advancements in the tech industry. We’ll be covering more about the new releases at CES in our following posts. It is the CES that gives us a hint at how the coming year will be like.

Intel, one of the tech giants, announced its 5G modem at CES this year. Yes, the Qualcomm had already unveiled its X50 back in October that allows downloads on a 5G network at speeds of up to 5Gbps. That is 10 to 20 times faster than the currently available fastest 4G LTE network. However, both the modems won’t reach the commercial consumer products until 2018.

This new Intel modem designed for 5G will be compatible with both high-frequency 28GHz band and low-frequency 3.3 GHz band. The 5G networks that are being tested in the United States and Korea transmit in 28GHz whereas those being tested in Europe and China are designed to transmit in 3.3GHz. Manufacturers can expect to get such sample 5G modems from the Intel in the second half of this year.

This 5G modem from Intel will not just be packed in mobile phones but is likely to be found in drones, autonomous self-driving cars, and more. In a video on 5G from Intel, 5G is said to be not just an upgrade to already existing mobile network technology. But, it is claimed to be a revolutionary transformation in mobile networks and the internet. Intel claims this new chip will aid in Artificial Intelligence, Internet of Things (IOT) and Autonomous vehicles.