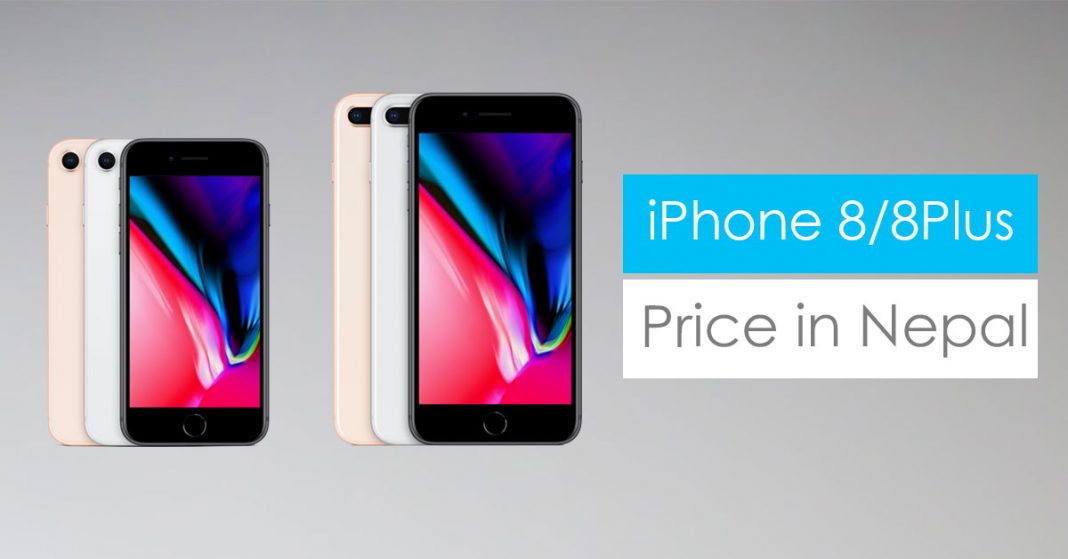 The authorized distributor of Apple products in Nepal: Generation Next (GenNext) Communication has launched iPhone 8 and iPhone 8 Plus in Nepal. These new iPhones are now available in Nepal. If you want to get an iPhone 8 or an iPhone 8 Plus, there are 10s of retail shops from where you can purchase the phone.

Where to Buy iPhone 8 and iPhone 8 Plus in Nepal

The new iPhone 8 and 8 Plus will be made available at the following locations in the country:

iPhone 8 and iPhone 8 Plus Price in Nepal

Both of these latest iPhones will be available in 64GB and 256GB variants for the following price value:

Also, in collaboration with telecom provider NCell, Gen Next is offering Free Ncell Data worth 2GB for 8 months.

iPhone 8 and iPhone 8 Plus Specifications:

The major wow factor on both of these phones is that they have the powerful A11 Bionic processor which is the fastest processor from Apple and been optimized for Augmented Reality (AR). Also, the 12-megapixel f/1.8 primary camera in the iPhone 8 and the dual 12-megapixel primary camera in the iPhone 8 Plus both have the Dxomark rating of 94 which makes them the best camera phones that you can buy in Nepal. The cameras also offer the latest portrait lighting mode.

The display on these new models supports Apple’s True Tone feature, which adjusts the screen’s appearance and color temperature so that it always looks pleasant and less blue/harsh to your eyes in a variety of lighting environments. Another key factor in both of these models is that they come with a glass back that supports wireless charging. Fast charging mode is also supported on them but one will have to buy a special fast-charging adapter: Apple’s $49 29W USB-C along with a $25 USB-C-to-Lightning power cable. However, much cannot be said about the design and build of these two models as they have pretty outdated designs.

However, the catch here is that it has been quite some time since these products were released in the global market. Also, Apple has already released it’s the latest offering: iPhone X which lies on the expensive side of the scale ($999 for the 64GB model and $1,149 for 256GB) but also has topped the game of iPhones that have been released till date. So now, will you go for iPhone 8 and iPhone 8 Plus or wait for the iPhone X to hit the floors? Let us know about that in the comments below!