The next iPhone, the iPhone 8 is expected to be a major hit from the Apple. It surely will be the best iPhone to buy with richer specs and refreshed design. It’ll surely be the most sold iPhone model. If you’ve questions like “How?” and “Why?” then you’ve come to the right place. To understand iPhone sales, we first need to know who buys an iPhone at the first place. The potential buyers of new iPhones are always the one who have been using an older iPhone. So, the iPhone sales are all about upgrades. And, a study suggests that more iPhone users will be upgrading their phones this September/October. 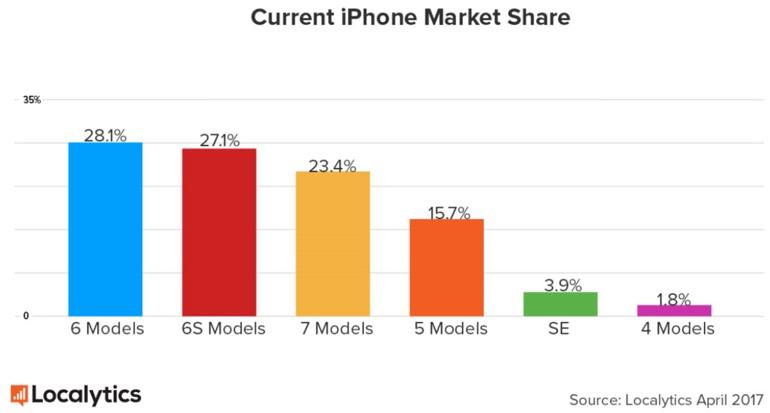 A finding of a research on when people upgrade their phones is found to be somewhere from 18months to 3years. According to the data released by analytics firm Localytics, the largest number of iPhone users are using the iPhone 6 models. These models of iPhones will be 3years old model by this September. Hence, they are likely to upgrade their phones this year resulting in record-breaking sales of iPhone 8 in 2017.

That was the theoretical prediction on sales of next iPhone. But in reality, there are other driving factors for the sales of iPhone 8. For the good sales of a phone, being better than its predecessor is not enough. So, the iPhone 8 just not be better than iPhone 7|7 plus but it should be competitive enough to its possible rivals like the Google Pixel 2 and Samsung Galaxy Note 8.