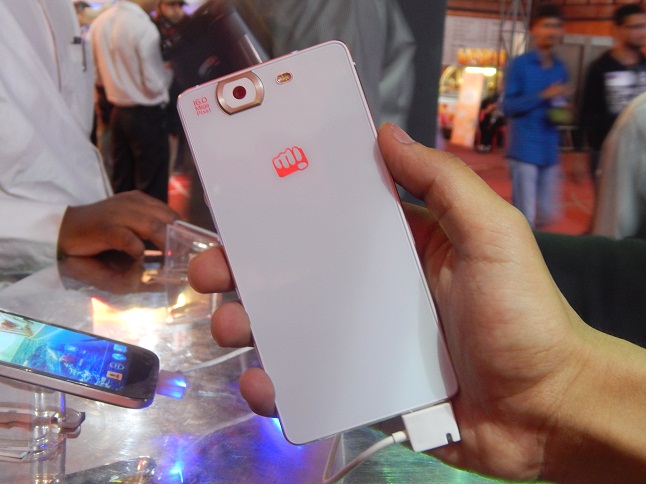 Pashupati Trade Link, the authorised dealer of Micromax mobile in Nepal, launched their Flagship smartphone of 2014 here in Nepal for a price of Rs.35000 at ICT Electronics and Branding Expo 2014 .The previous version Canvas knight, advertised heavily from superstar Hugh Jackman, failed to prove its worth as the Quadcore MediaTek processor didn’t perform as expected. However, Micromax enhanced their new smartphone “CANVAS KNIGHT” with Octacore MediaTek chipset, 2 GB RAM, 16 MP rear camera & a 8 MP front camera. Micromax Canvas Turbo sports a 2350 mAh battery which for me is not good enough. The battery, which is non-removable, has to juice up the Full HD 5 inch screen and an Octa core processor. So, the battery is not so powerful. It will work for a day with moderate usage but if you play with your device more often like most of the geeks do, it’s not your phone!

Micromax Canvas Knight was released when Kitkat was already out on many devices. We can’t understand why Micromax didn’t have Kitkat on their flagship smartphone. Looking at the history,Micromax is not famous of providing firmware updates to their device so, we can’t forecast when they will be rolling out kitkat to canvas knight! Though the specs are quite good for a price that it offers, but we faced some serious heating issues. Micromax did claimed that the heating issues were fixed on the Canvas Knight but they havent! We played heavy graphics game like MC4, Airborne, etc. and we noticed heating issues frequently.

At this price, you have many better options to choose from. They are: