A phone with the perfect sounding built-in speaker is still a dream phone. In order to enjoy the quality music your phone can play, a Bluetooth speaker is something you should really have. With so many Chinese speakers available at five to ten times cheaper prices, is it worth buying a JBL Clip 2 for Rs. 8,000? Let’s find out in our video review.

Good things come in small packages and it happened to be true with JBL Clip 2. Inside the box, you’ll find some paperwork, a charging cable and the speaker itself. JBL Clip 2 resembles the hockey-puck design just like its predecessors. The stylish yet sturdy fabric up top is same as that of JBL charge 3. The rubberized plastic makes the rest of the housing rugged and gives a nice feel while holding. The real carabiner is as strong as it looks. It comes really handy to hook the speaker in belt loop or bags or anywhere you think it fits. The permanently attached Aux cable for wired use can be found resting along the edge of the speaker. There are five different control buttons along the edge. They are like small indents (that make it easier to find, even in the dark. On the right, there’s a microUSB port for charging hidden under a gasket and is placed in the middle of power and Bluetooth button. This port is covered by a plastic gasket to prevent it from water damage. On the left edge, there are three buttons, call button and volume toggles. This call button is a multi-purpose one as it can be used for answering or ending the calls or to play/pause the music. It can also be used to trigger Google Now or Siri by long-pressing and while playing music you can play the next song by double clicking it. 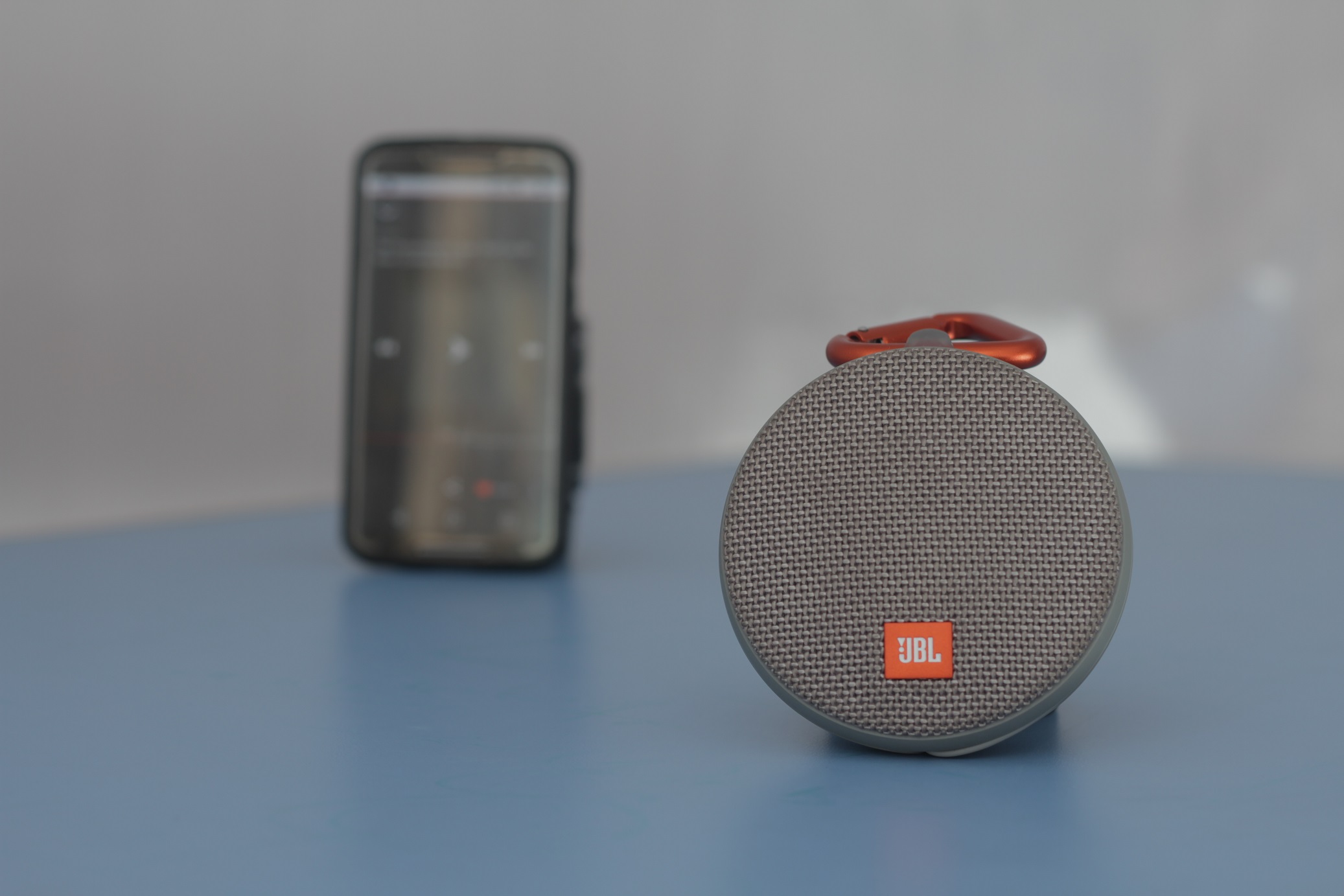 The device is easy to use. After you pair it with your mobile for the first time, it gets automatically connected every time you power it on. The connection is strong and didn’t skip, not even once while in the same room, but it skipped a few times when I left the phone in one room and kept roaming with the speaker in another. It works the best as Bluetooth speakerphone with echo and noise cancellation mic inside. With 730 mAh battery, the power performance is up to the mark giving around 5 hours of playback when on max volume. For any portable SPEAKER, the louder the volume, faster the battery dies. So, You can even extend the already good battery life by playing the speaker at some levels below the maximum. 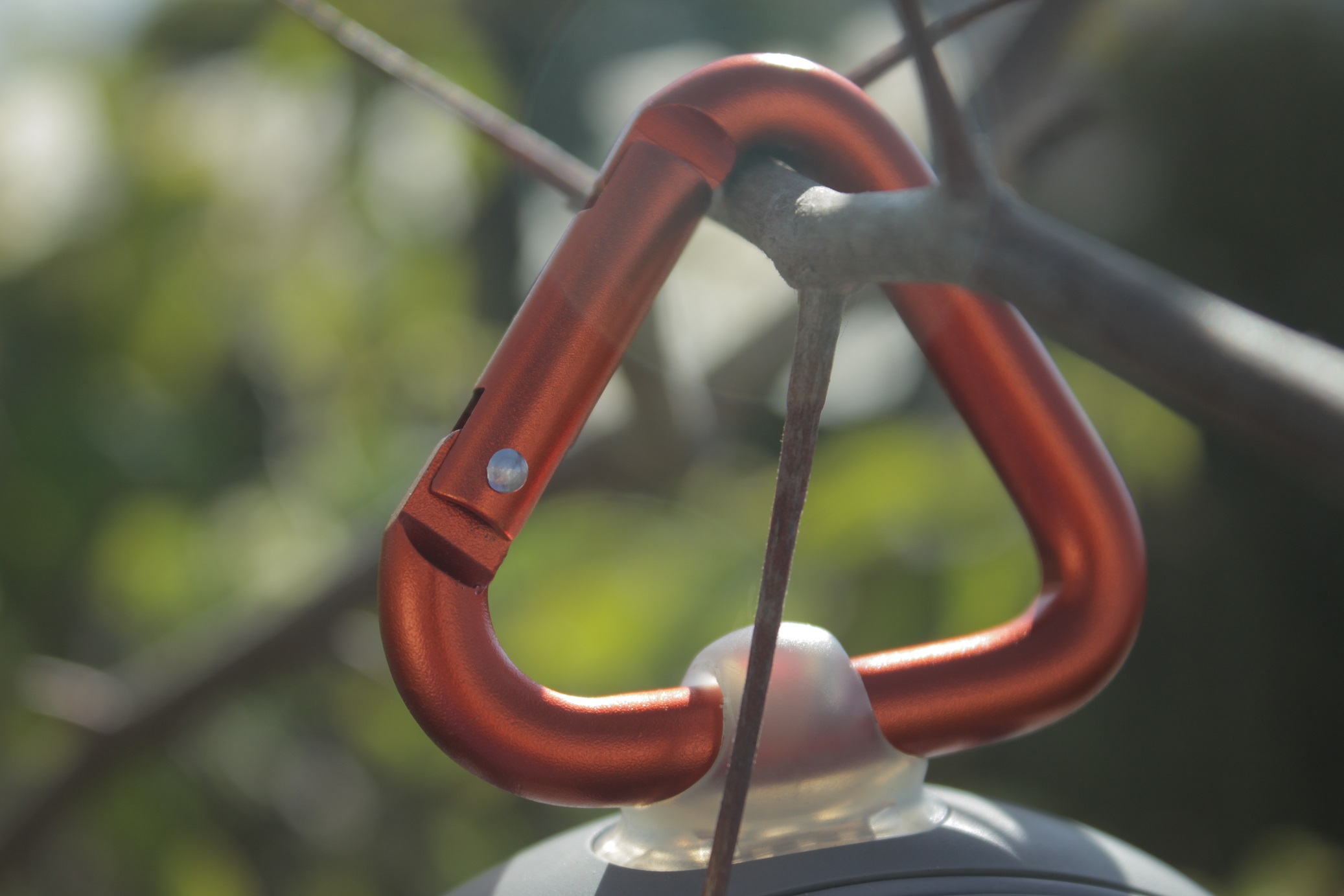 Boyce Avenue’s acoustic cover of Tracy Chapman’s Fast Car sounded so immersive. The guitar picking in Fleetwood Mac’s Never Going Back Again sounded too detailed for a speaker this size. Miles Davis’s Trumpet in Summertime sounded spot on. The speaker’s performance is just too damn good considering its size and price. It does well while producing mids and lows but distorts a bit in the highs. The vocals sound too immersive and any acoustic music will sound the best. There’s enough of bass but this tiny little thing struggles a bit while playing some bass heavy tracks like boom boom pow by the Black Eyed Peas. The best thing about JBL Clip 2 is its IPX7 water resistance so you don’t need to worry about water spills, rain and even dropping in the pool. Charging the device takes around 2.5 hours. It can be charged via micro USB cable with any phone’s 5volt charging adapter. The LED light is red while charging and turns off when fully charged. With the IPX7 rating of water resistance, occasional water splashes and rains are something you shouldn’t ever worry about.

The only downside is there’s no battery level indicator, so only when the LED light starts blinking red that is the time you’ll realize it’s low on power.

If you’re after a quality Bluetooth speaker with durable and beautiful design, awesome battery backup, and that is super easy to carry around then JBL clip 2 is hands down the best option till the date.