Allied Trade link Pvt. Ltd., the authorized distributor of Karbonn smartphones in Nepal, has officially announced a new smartphone named Titanium Mach Two for NRP. 18,153. It is available in different offline smartphone stores all across Nepal.

Karbonn Mach Two is a midrange Android-based smartphone that comes with a 5 inch HD IPS touch screen with a resolution of 1280×720 pixels resulting in a respectable pixel density of 294ppi. The screen is protected by a Gorilla Glass 3 and is scratch proof to some extent. 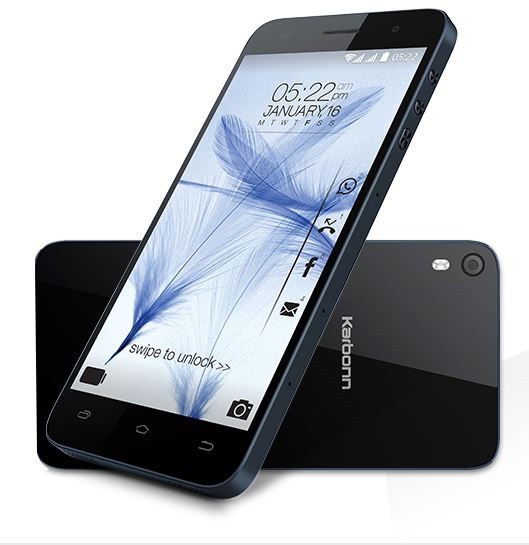 Under the hood, the phone is powered by an Octa core processor manufactured by Mediatek. The processor has 8 Cortex A7 cores, all running at a frequency of 1.4GHz. We should expect decent multitasking performance with these 8 cores, but since the processor is manufactured by Mediatek and is build on cortex A7 architecture, you should expect lags and occasional stuttering while playing graphically intensifying games. The phone has 1GB of RAM and 8GB of inbuilt storage. The phone memory can be further expanded thanks to a microSD card slot.

For photography, it comes with an 8MP camera with LED flash and BSI II Sensor. The camera is mediocre, lacking in both details and color reproduction. The secondary camera, however, can capture really good photos since it is equipped with an 8MP sensor.

The Karbonn Titanium Mach 2 still runs an outdated Android version in KitKat 4.4. Karbonn is particularly not famous for providing the end users with latest updates, so this phone might not get Lollipop 5.0. The phone packs a 1900mAh battery.

The best thing about the Mach 2 is it’s design. It is by far the best looking smartphone in this price range and is perhaps the best looking phone Karbonn has ever managed. It’s light and super thin and sturdier in the hands.