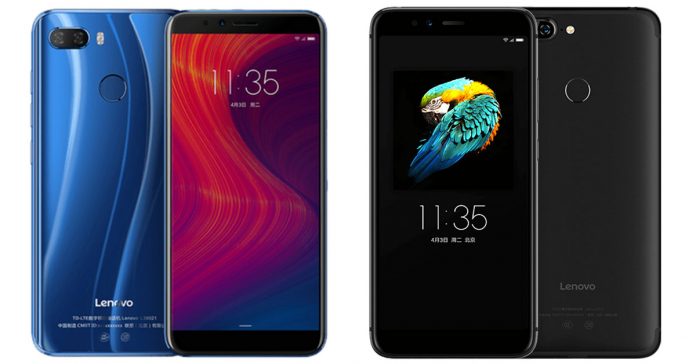 Lenovo K5 Play 5.7-inched phone and comes at the price of Rs. 17,999. The display on the handset features HD+ resolution in an 18:9 form factor. On the performance front, the smartphone boasts the Snapdragon 430 chipset backed by 3GB of RAM and 32GB of storage.

K5 Play also looks interesting in terms of camera. The phone enjoys a dual camera setup at the back. The camera pair on the rear panel is a combination of 13MP camera trailed by a 2MP depth sensor. When both cameras in action, the K5 Play can capture portrait images with blurred backgrounds as well. The phone does come with a fingerprint sensor, which resides on the back. In terms of battery, a 3000mAh battery fuels the device. Lenovo S5 is another camera-centric smartphone in the Lenovo’s lineup. The smartphone comes with dual camera setup, which employs a 13MP monochrome sensor supplemented by a 13MP B/W sensor. Talking about the selfie camera, the phone has got a 16MP, f/2.2 camera on the front.

On the display front, the phone enjoys a tall 5.7-inch display. The contents on the display look sharp as the phone features Full-HD+ resolution. On the performance side of things, Lenovo S5 comes with Snapdragon 625 chipset with 4GB of RAM and 64GB of storage alongside. The storage can be further expanded to 128GB via SD card. However, it uses the SIM2 slot.

Talking about the software, the phone boots with Android Oreo (v8.0) out of the box with ZUI 3.7 on the top. And there is 3000mAh battery to provide the required horse-power to the device.