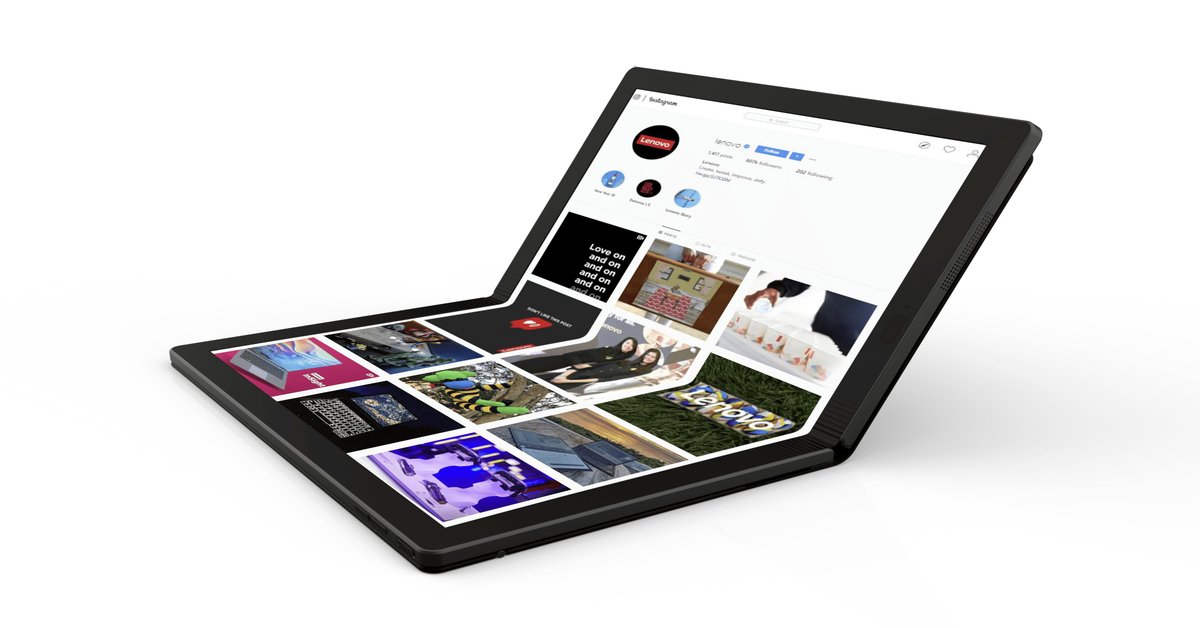 Foldable phones had to be here. We knew they were coming, sooner or later. But Foldable PCs? Well, with foldable phones coming out, I guess, it’s not that strange. But still, why is the world so obsessed with foldable stuff? Anyways, we’re getting a Lenovo Foldable PC soon. It’s actually not a PC per se, but a foldable laptop…which, again, looks more like a tablet. Confusing… It’s got no name right now, but it’s in the works and might release it as a ThinkPad X1 device.

Lenovo’s in no hurry to release it, but they did give us hints at what it’ll be like. This laptop will feature a 13.3″ 2K OLED panel and runs on Android. So, basically, a tablet with extra steps, right? Still, they’re calling it a laptop, and a laptop we shall call it. The screen is in a 4:3 aspect ratio, and when it folds inwards, you can use the bottom half as a keyboard. When it is fully unfolded, you can connect an external keyboard via Bluetooth and use it as a “laptop”. 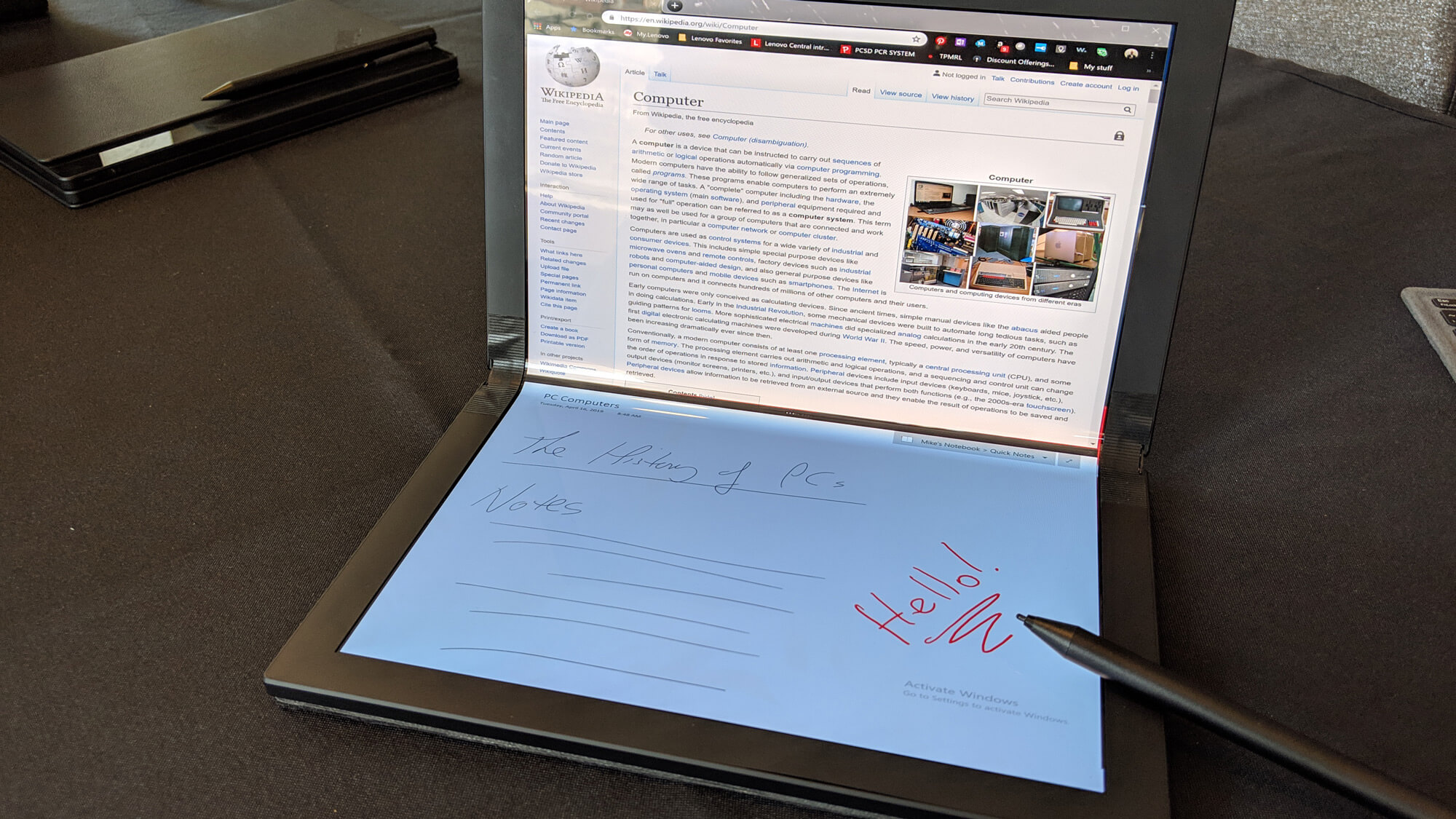 Also, this device supports a Wacom stylus, which clips onto the side. Starting to sound more and more like a tablet, isn’t it? Nonetheless, this 13.3″ laptop, being foldable is even more portable than your regular ultra-books. And this thing has a lot of folding angles for you to use it any way you want. The only thing is, there is a big question mark on the durability after Samsung Galaxy Fold’s little fiasco. But the company claims they’re doing twice the test runs on its hinges. So, only real-life usage will reveal how it comes out.

However, since it’s still in its prototype stages, there’s not much known about the device. No information about specifications, or the final software, configurations, or pricing. Only information is there might be a configuration with a SIM slot for data connectivity. And the thing that bugs me is how they’re choosing to call it a foldable PC when it should be called a tablet!

Anyways, what are your thoughts on this device? Will foldable laptops be the future as well?