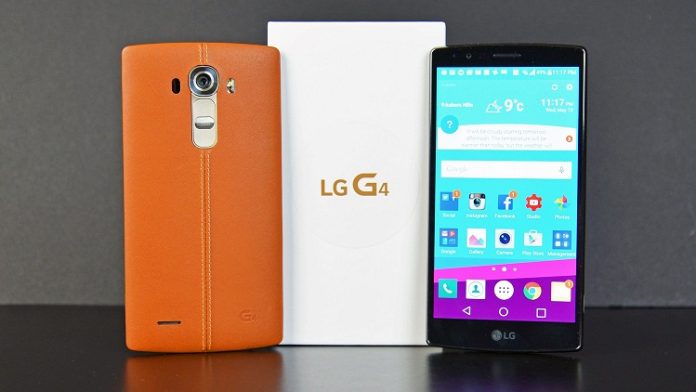 CG digital is yet to unveil LG G4 here in Nepal, however, there are some few Kathmandu-based mobile retailers selling G4 for tech enthusiasts desperate to get their hands on the new flagship from LG. Interestingly, the device is priced at Rs.50,000 — identical pricing compared to international markets. BUY LG G4 HERE

WHAT’S NEW ABOUT THE LG G4?

LG has emphasized more on its Camera specification in the G4 and touts its performance as a professional-grade DSLR. The phone comes with 16 megapixel 1/2.6-inch CMOS sensor with F1.8 aperture lens. The phone now sports improved optical image stabilization system with 3 axes. In addition, the G4 comes with laser AF for better focus and a new color spectrum sensor that reads RGB color and Infrared in order to recognize objects in a scene and their color. The raw data is then processed to optimize white balance and color processing. At the front, LG have opted for an 8MP sensor combined with an F2.0 aperture.

In terms of Display, LG G4 has a new IPS Quantum Quad HD display, which is quite similar, yet better than G3. There is the slightly unusual processor inside the LG G4- the hexacore Snapdragon 808 processor with 4 Cortex A53 Cores and 2 Cortex A57. Obviously, the SD 808 SoC is less powerful than the Snapdragon 810 of OnePlus Two and the Exynos 7420 of Samsung Galaxy S6, but LG says the hexacore processor is destined to save more power and will give better battery life. The phone boast a 3000 mAh battery which can be removed as well. The body of the G4 is slightly curved, nothing like the G flex 2, but the curved design means it’s easier to grab in the hands. The G4 runs on Android 5.1 Lollipop operating system with the new human-centric UX 4.0.

The main USP of this phone is the removable battery and a microSD card slot — features that are hard to find these days in a flagship phones.