LG has just announced the successor of the LG G4, the LG G5, at Mobile World Congress, Barcelona, Spain. The LG G5 sports a full metal body, but still manages to have a removable battery thanks to its modular design. The LG G5 is priced at Rs. 85,000 in Nepal.

The LG G5 sports a 5.3-inch Quad HD IPS quantum display with 900 nits of brightness and is protected by gorilla glass 4 protection. Considering normal user checks a phone 150 times a day, LG has introduced an Always-On Display that lights up part of the screen at all times. According to LG, the battery consumption is significantly lower at 0.8% per hour. 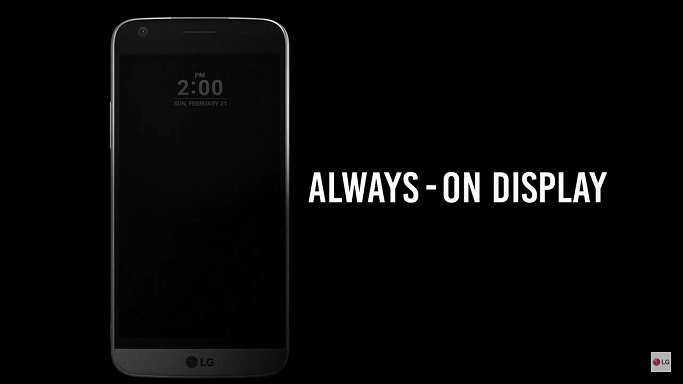 The phone is powered by Qualcomm’s latest SoC, the Snapdragon 820, that the company promises is twice as faster and battery efficient as compared  to Snapdragon 810. In terms of memory, the LG G5 has 4GB of LRDDR4 RAM and 32GB ROM that can be further upgraded with microSD card upto 2TB. Talking about the back camera, LG has two cameras on the back–a regular 16-megapixel imager and a 135-degree wide angle 8-megapixel camera. Both these cameras can be used individually while the later is used for wide angle photos. 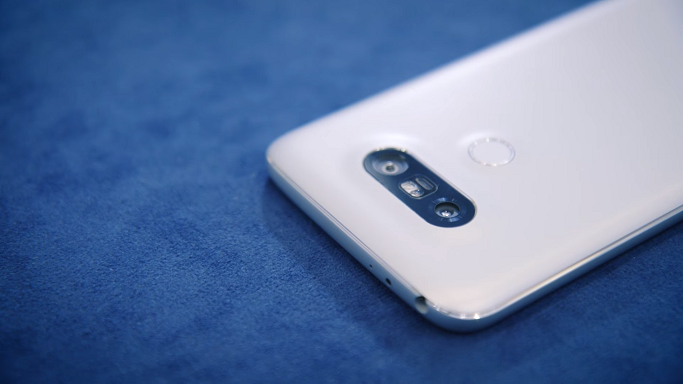 The LG G5 has 2800 mAh battery with quick charge 3.0 (charge from 0% to 80% in just 35 minute) and USB type C for charging and data syncing. What’s amazing about the battery, is it’s removable, despite featuring a full metal body. On the side of the phone, there is a small key that opens its lower part giving us access to the battery, a process much similar to loading a gun. You can also insert a modular device, named LG CAM+, which turns the camera of the phone into a digital camera. The LG CAM+ offers dedicated shutter button, zoom in/out button, and sports a 4000mAh battery.

Alongside G CAM+, LG also showcased another modular device called LG Hi-Fi Plus. It is a high-end external 32-bit DAC and amplifier, build in collaboration with Bang & Olufsen Play. The LG Hi-Fi Plus offers premium sound quality and is portable in nature. 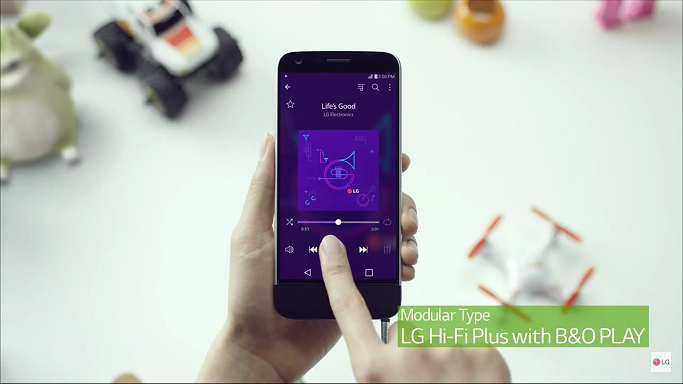 The LG G5 runs on Android Marshmallow 6.0 with the latest version of its LG UX, which is deprived of the app drawer. LG G5 also offers HD audio codec and Dolby digital plus sound for superior audio from the built-in rear speaker. The LG G5 comes in 4 different colors: Silver, Gold, Pink, and Titan. While the pricing and availability have not been confirmed yet, we can take a guess it’s gonna be available at the start of March for a price around US$650.