Home Motorola List of Motorola Smartphones to get Android Marshmallow 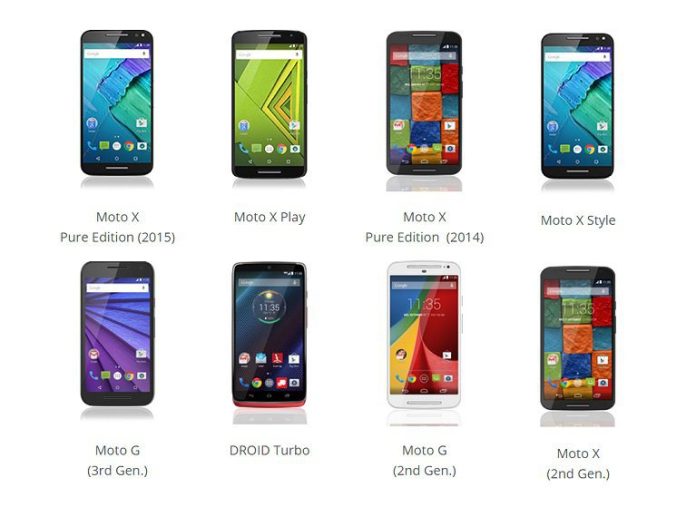 Motorola has revealed the list of smartphones that will get Android 6.0 Marshmallow. Surprisingly, they have left out Moto E (both the original and the 2015 version) and the first-gen Moto G.

Here is the initial list of Motorola smartphones to get the updates:

Motorola also announced that they won’t offer Moto Migrate and Moto Connect as a preload on new devices. So, what do you think of Motorola’s Marshmallow plan? Do you think they were right to ditch Moto E and Moto G first gen?