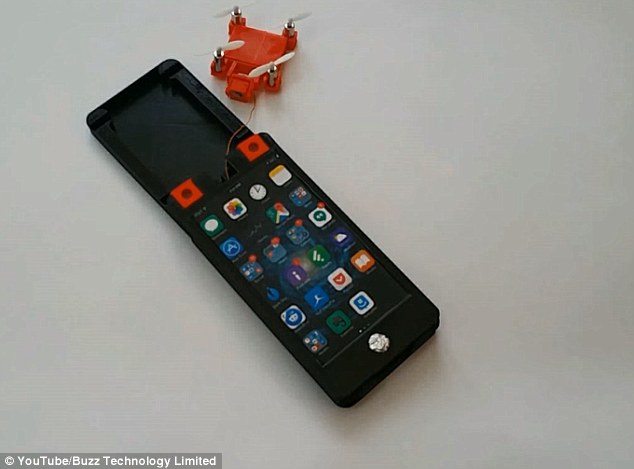 UK-based Buzz Technologies has built a smartphone case prototype that can fit in a four-propeller drone with a camera. Known as a Drone-in-a-Phone, this plastic case features slide-out compartment where a tiny foldable quadcopter is placed.

The drone when taken out of the drawer flys in a correct position upon which the camera module of the drone captures aerial photos and videos. The drone is connected with the smartphone via a thin wire, instead of being wireless, since the drone draws its power from the smartphone’s battery and prevents it from being swept away by the wind.

The drone can fly for over 25 mins and the camera houses an 8-megapixel sensor to 12-megapixel depending upon the capabilities of the smartphone’s processor. The camera can also be swapped with different kinds of lens such as standard, wide angle, and macro. Moreover, the camera can be flipped around eliminating the need for a front facing camera. 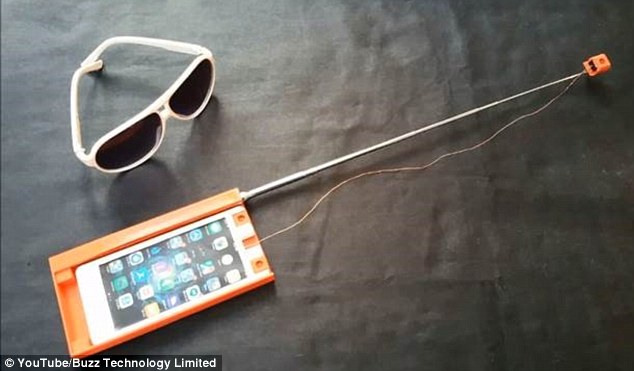 There is a wide range of developments still to be done. Developers says that they can also insert a selfie stick that sports a vertical antenna. As developments continue, the case will also feature a battery pack that will power the drone as well as the smartphone battery. Buzz Technologies will be starting a Kickstarter funding for the drone-in-a-phone case in September of this year.