Xiaomi’s Friday fan meet-and-greet event in Nepal saw the launch of a slew of smart TVs. The Mi TV 5X Series, which became official in India in August 2021, was also announced there by the company. It is the successor to Mi TV 4X lineup and brings significant feature improvements. So let’s get into the specs, features, availability, and official price of the Xiaomi TV 5X in Nepal.

Xiaomi introduced the Mi TV lineup in India in early 2018. Since then, the company has been frequently expanding its TV portfolio with new models. Like in the smartphone industry, Xiaomi is doing exceptionally well in this sector, becoming the number one smart TV brand in India and occupying a sizable market in Nepal as well.

Xiaomi TV 5X comes in three different sizes: 43-inch, 50-inch, and 55-inch – just like its predecessor (although the Mi TV 4X lineup also has a 65-inch model). The bezels are quite thin all around, resulting in a 96.6% screen-to-body ratio. Xiaomi has even replaced the plastic on the frame with metal. Similarly, the TV has a metallic stand and a carbon fiber back. 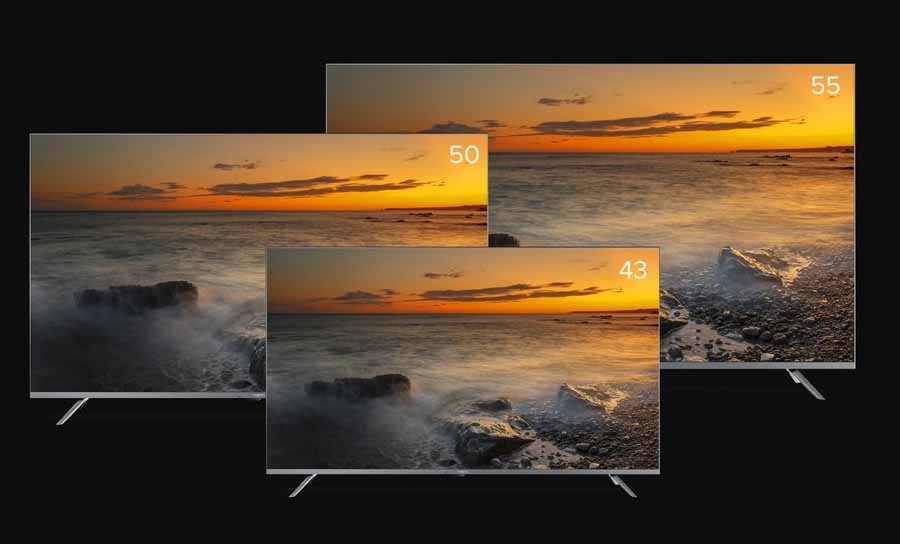 Coming to the display, the Xiaomi TV 5X comes with 4K resolution and support for popular HDR formats including Dolby Vision, HDR10, HDR10+, and HLG. The panel has a 10-bit color depth, capable of producing over 1 billion colors. It even has 94% coverage of the DCI-P3 color gamut.

As for the internal hardware, the Xiaomi TV 5X comes with an unspecified quad-core processor with four Cortex A55 cores. It is paired with 2GB RAM and 16GB of storage.

Over on the audio department, it features a stereo speaker setup. The 50-inch and 55-inch models support audio output of 40W, while it’s only 30W on the 43-inch model. It is also the first Mi TV to support Dolby Atmos. It even has far-field mics for better Google Assistant service.

Xiaomi TV 5X comes with Xiaomi’s proprietary Vivid Picture Engine 2 for better color, brightness, contrast, and saturation. The TV also has an adaptive brightness feature that automatically adjusts the light based on the ambiance.

Reality Flow is another new addition to this lineup. It is Xiaomi’s take on MEMC technology, which inserts additional frames into content to make them appear smoother. It also debuts with a new iteration of the PatchWall interface – a service that curates content from various OTT platforms. PatchWall 4 now comes integrated with IMDb for better content recommendation as well.

In Nepal, the Xiaomi TV 5X is only available in 43″ screen size and costs NPR 59,999. It can be purchased at the official price from authorized retailers such as Hukut.