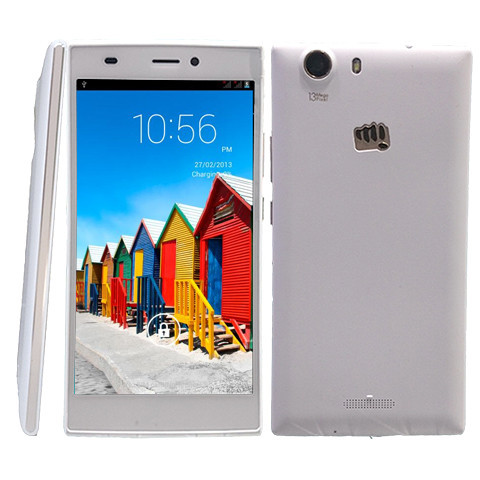 The Canvas Nitro 2 E311 comes with a 5 inch HD resolution display that is being protected by a gorilla glass third generation. It features a MediaTek 32bit octa core processor running at a frequency of 1.4GHz, 2GB of DDR3 RAM, 16GB of expandable storage, 13/5MP cameras (Sony IMX214 CMOS Sensor), and a 2400 mAh battery. The Micromax Canvas Nitro 2 E311 has almost an identical specification to its predecessor Nitro A311, with the only differences between them lies in the processor and battery. The new version, much to the dismay to the potential buyers, sports an inferior processor and packs a smaller battery capacity than its predecessor. The other specifications of the new smartphone are identical to the Canvas Nitro (A311), however, there are some minor changes in the design and build quality.

One of the biggest let down of this smartphone is it is still running Android 4.4 KitKat and not Android 5.0. Moreover, the phone joins the Nepali trend of launching a smartphone at a higher price tag than that of other countries. The phone is priced at INR.9,500 (Rs.15,200) in India, which means we are paying almost Rs.3000 more.

So, what are your thoughts on Micromax Canvas Nitro 2? Do you think it’s overpriced? Let us know in the comments below.