Lenovo just released two phone at the MWC, the Moto G5 and the G5 Plus. The G series have always proven to be the best bang for the buck. These phones run on the latest Android Nougat and have a refreshed design, choose metal over plastic. And they also added a fingerprint sensor.

These phones will be available from March in 3 colors i.e Lunar Grey, Fine Gold, and carrier exclusive Sapphire Blue variant. The Moto G will start from EUR 199 (roughly INR 14,000) and the Moto G5 Plus will start at EUR 279 (roughly INR 15,300).

The G5 has a 5.0 inch 1080p IPS display, a 13MP rear and 5MP front camera. The processor inside is a 1.4GHz Qualcomm Snapdragon 430. It comes with either a 2GB or 3GB of RAM and 16/32GB storage options depending on your region. Gorilla glass 3 for protection and a gyroscope are also there. Running all this is a removable 2800mAh battery with fast charge support.

The G5 Plus has a 5.2 inch 1080p IPS display, a 12MP dual camera at the back and a 5MP on the front with auto-HDR. Unlike the G5 the G5 Plus supports 4K video recording. A power efficient 2GHz Snapdragon 625 octa-core processor is also present. Offering 3 or 4GB of RAM and 32 or 64GB of internal storage. There is a 3,000mAh battery with TurboPower charging which Lenovo claims gives you 6 hours of battery life from just 15 min charge. 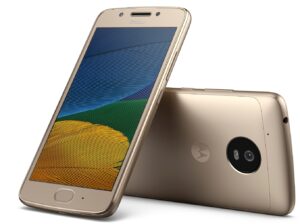 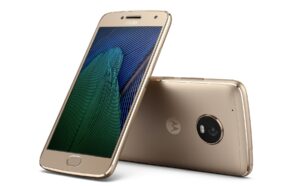