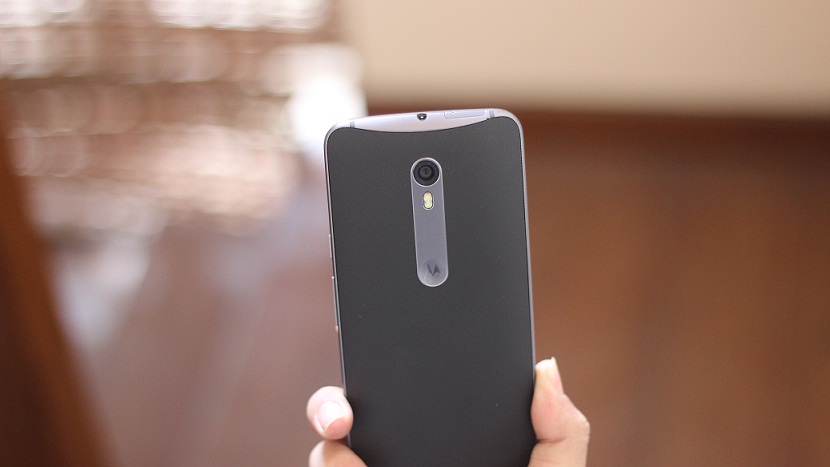 2015 has been the year of flagship smartphones on a cheaper price tag, and what I have learned from MWC it’s that the midrange phones are going to be even more interesting in 2016. Lenovo-owned Motorola is trying to do the same with its latest flagship Moto X Style. It features some astounding specs at a starting price of US$300. I have been using this phone for better part of 4 months as my daily driver, so without further ado let’s find out if the phone holds out to be one of the best midrange flagships in this review.
BUY THE MOTO X STYLE NOW FOR 25% OFF:

First thing first, it’s in the design where the midrange phones have improved a lot over the years. Moto X Style, despite having a huge 5.7-inch display, feels right in the hand. It doesn’t feel heavy and uncomfortable to hold. It has a metallic frame which makes the phone feel premium. We have got a rubberized back that doesn’t feel cheap by any means. The best thing about Motorola is, with the help of Moto maker, you will be able to customize the phone and make truly yours. I bought it from eBay so I was not able to customize it, however if you want to customize the back and make it dashing, then you should buy the phone from Motorola.com Let’s talk about its physical overview: On the right side, we have a volume and power buttons that are tactile and super responsive. There is nothing on the left side. On the top, we have got a 3.5mm headphone jack and an SIM card and microSD card tray. Down below is a micro USB port for charging and data syncing.

On the front, there is a 5.7-inch display, dual front firing speakers, a 5MP selfie camera with LED flash. There are 4 sensors for moto display which I will take about later in this video. The back is non-removable. There is a 21MP sony camera with LED flash. Below it is a Motorola dimple which is not just a gimmicky but works as a place to hold your finger.

DISPLAY:
The first and the second-gen Moto X along with the last years Nexus 6 all featured an AMOLED panel, but this time, Motorola has opted for an LCD display. I have no problem with the LCD panel. It’s a 5.7 inch Quad HD display with accurate color reproduction and viewing angles. But, AMOLED display would have made sense because of Moto display feature. With Moto display, you can just wave your hand and get the notifications if there is any. This is possible because of the 4 sensors located on the front. But with LCD display, the whole screen has to lighten up. With AMOLED display, it would have saved some battery because AMOLED display doesn’t have to produce black colors. Although the display is not as good as the Note 5, it is still a good display you can find in a smartphone. 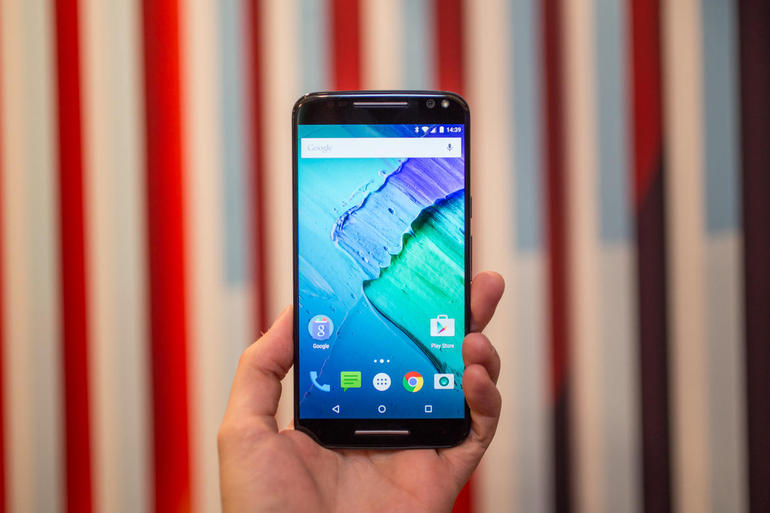 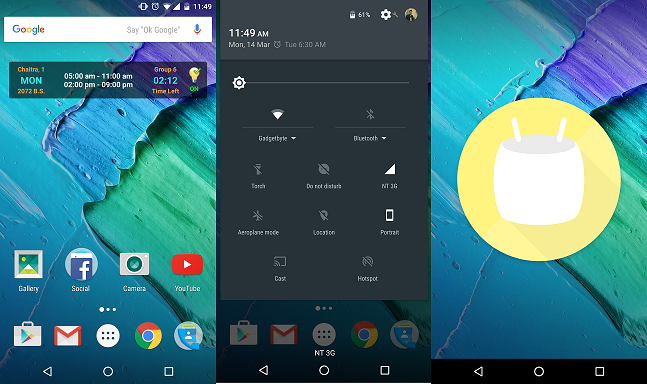 For me, Software is the best part of any Motorola phones. They don’t have lots of bloat wares and have in build software features and they get updates regularly and faster than Samsung and LG flagships.

The Moto X has opted for Qualcomm’s Snapdragon 808 rather than the flagship chipset 810. But I think it’s a wise move. The 808 is much better behaved than the toasty 810. We have seen the 808 chip in the LG G4 as well as recently launched Nexus 5x. The phone includes 3GB of LPDDR3 RAM, NFC for use with contactless payment services like Android Pay, a Quick Charge 2.0-compatible fast charging technology called Turbo Power, 866Mbps 802.11ac Wi-Fi, Bluetooth 4.1, and an LTE modem and transceiver setup. However, the phone is deprived of wireless charging and a fingerprint sensor. The Snapdragon 808 combines four “little” 1.4GHz ARM Cortex A53 CPU cores with two “big” 1.8GHz Cortex A57 CPU cores, all of which can be used at once if the situation warrants. The big cores are generally used for high-performance tasks while the little ones are used for the heavy lifting. The performance is smooth and didn’t lag once. The multitasking is a breeze and playing high-end games at highest settings worked really well.  Although, it’s not as fast as the Exynos 7420 of recent Samsung phones, but both CPU and GPU are more than capable of handling whatever you throw at it.

CAMERA:
The last two generations of the Moto X, and the Motorola-made Nexus 6, have had some of the worst performing camera sensors for a flagship phone. I’m glad that with the Moto X Style, Motorola has finally made camera performance a priority.

It sports a 21-megapixel rear-facing camera with a f/2.0 lens. It quickly snaps photos in plenty of light, though it’s a bit slower in lower light settings. The Moto X performed fine in with lots of details in good light condition, but outside at night and in darker rooms, it performed just average. The 4K video recording is great for a phone without Optical image stabilization. As far as the front 5MP is concerned, it’s good for selfie lovers with wide angle lens and astonishing picture quality. However, I am not sure about the flash on the front.

AUDIO:
The front firing speakers make a lot of sense and I can’t understand why other smartphone doesn’t have it. It makes for a much better listening as well as while playing games. It’s loud and crisp and is as good as HTC’s boom sound. 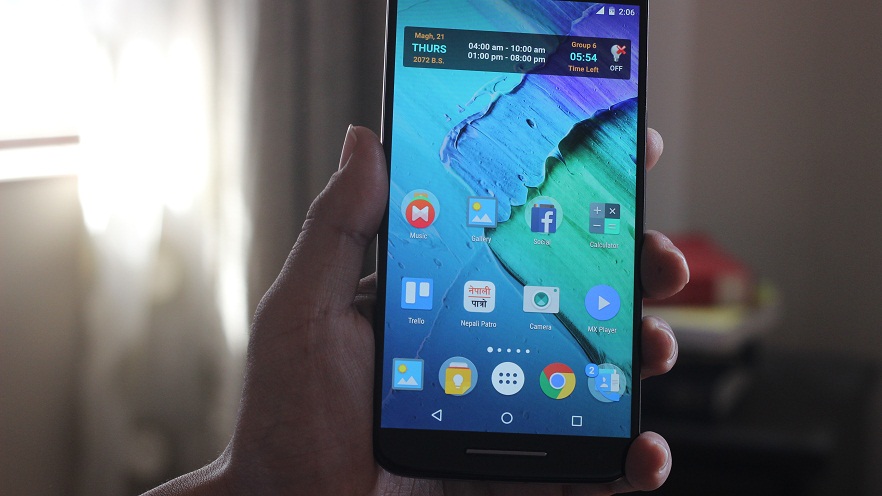 With a high-resolution screen and fast chips, the new Moto X’s battery life isn’t particularly great. It can give you one full day of moderate usage, but will not last long if you are on a heavy usage. However, the fast charging feature will help you a lot in this scenario. It can charge from 0 to 100% in as little as 1 hour and 10 mins and you are good to go.
It has around 4 hours of screen time and 8 hours of video playback. I expected, with marshmallow update, the battery performance would improve slightly with android’s new doze mode, but it hasn’t for some reason.

So, as for the verdict, Moto X Style represents a great value for the money. At $300, it is substantially cheaper than other phones in its category. It comes with Good specs and great build quality and with Moto Maker customization it gives the phone some distinctiveness that competitors don’t have. It has expandable storage upto 128GB which is a rare feature to find in a smartphone these days. It runs on nearly stock android and will get updates earlier than other high-end flagships.

However, on the downside, it lacks Fingerprint sensor, the chipset is not the fastest we have seen, it has mediocre low light camera performance and battery life is just okay. Despite this handful of drawbacks, I believe its one of the best value for flagship smartphone out there.