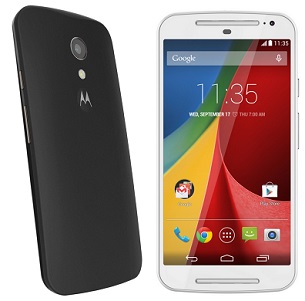 Motorola’s mid-range offering “Moto G” has always been a phone that provides good overall specs at a reasonable price. This year’s Moto G, the successor of Moto G 2013 model, is no exception. Despite the fact that Motorola (as a company) has not arrived officially in Nepal but thanks to few retailers who aims to bring some stock of MotoG and sell them at a very low profit margin.

MotoG first gen was a spectacular phone and was indeed the best all-round budget smartphone. This year’s MotoG is similar to last year’s. The screen size is now bigger with a 5 inch HD screen. The camera is bumped up from 5MP to 8MP. Otherwise, all the other specs are same-the same processor (Snapdragon 400), the same 1GB DDR3 RAM and the same battery capacity. Although this year’s Moto G only pack some improvements over the first one, but it is still a phone that delivers Bang for the Buck.