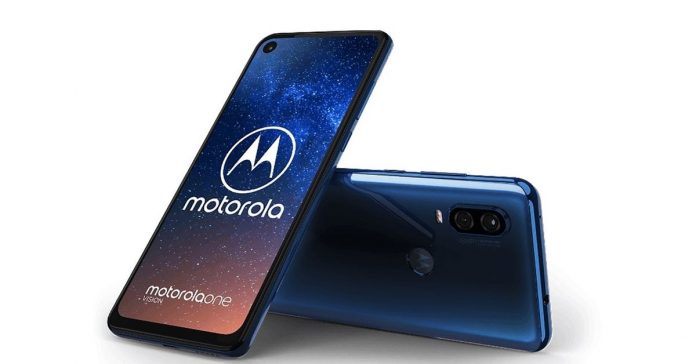 Cameras in smartphones are developing at a rapid rate. Dual, triple and now Quad. Who knew that many cameras could be added into a single smartphone? However, one thing that smartphones till now have not been able to properly integrate is the action cams.

Lens capable of capturing action-packed clips. This is what generally characterizes an Action Cam. They have wide-angle lenses and can record 60fps videos. They probably fall into the 1% of digital camera categories that have not yet been dethroned by smartphone cameras. However, this might change real soon. Because Motorola has recently unveiled the Motorola One Action. The device gets its name from the action camera that is integrated on its backside. It has an ultra-wide-angle lens that provides 117-degree FOV and can capture videos at 1080p/60. The camera is capable of 4-in-1 pixel binning. This it owns to the 16MP sensor that it uses. The 4-in-1 pixel binning helps to improve low light image quality and also helps in image stabilization. The interesting fact about the action cam is that it shoots landscape video when held vertically. This feature will certainly make it easier to mount the device in automobiles.

However, the action cam cannot shoot still images. For that purpose, the phone uses its 12MP primary camera and a 5MP depth sensor. The primary lens is still capable of recording 4K videos at 30fps. Furthermore, the device has a 6.3” IPS LCD display and features a punch-hole design. The punch hole houses its 12MP selfie shooter.

The device is a part of the Android One program and features the Android 9.0 Pie as its OS. Exynos 9609 chipset powers the device. And it comes with 4GB of RAM. The onboard storage is of 128GB. However, it can be expanded as there is a dedicated microSD slot. Unlike other currently available smartphones, the Motorola One Action does feature a headphone jack. It has a 3.5mm headphone jack on top and a loudspeaker on the bottom rim. Moreover, a 3500mAh non-removable battery powers this device.

Motorola One Vision Price and Availability

The phone is already available in places such as Brazil, Mexico, and certain European countries. It is priced at €259 (Rs. 33,000 approx). However, its release date for Asian countries is yet to be announced. A proper review of the phone is yet to come out as it has only been 3 days since it has released. Nonetheless, the development od such smartphones does indicate that the days for action cams too are numbered.