Home Events in Nepal Ncell app Camp: Everything you need to know! 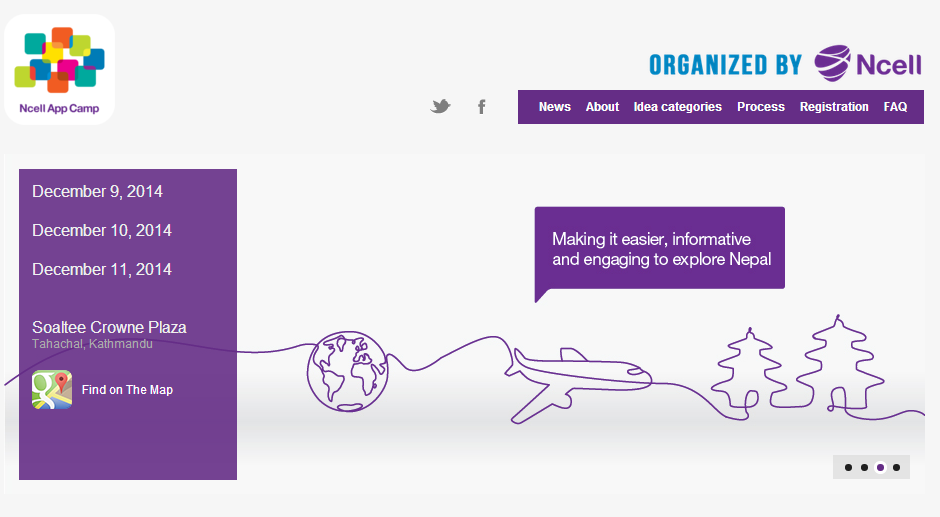 What’s up, guys? You might have all heard about the Ncell App camp launch the other day. Some you might have attended it, some of you would have wanted to attend it but couldn’t (just like me!). But whatever it is, here I present you with a quick insight of the fuss and facts of the Ncell App Camp. Here we go:

WHAT IS NCELL APP CAMP? Ncell App Camp would be a multi-stage event, which will provide a unique opportunity to mobile enthusiasts to first acquire priceless global and local knowledge of App business, learn the skills of developing an app and building a business around it, then compete among themselves to standout and win exciting prizes.

HOW TO PARTICIPATE IN NCELL APP CAMP?

Under the competition, entries have been opened for four categories:

DO I HAVE TO PAY?

Nope, Good news fellas. Taking part in the app development at Ncell App Camp won’t hit your pockets!  Mobile developers and enthusiasts can take part as a team for free.

“Agriculture, corporates, education and tourism are major contributors of Nepalese economy, wherein creative youth can make a huge difference by coming up with tools to enhance efficiency and productivity. These are also the sectors around which young innovative businesses can thrive,” said Sanju Koirala, corporate communication director of Ncell.

SO, WHAT APPS ARE WE TALKING ABOUT?

Well, Practically any. According to Ncell, enthusiasts can create an app for any platform like Android, Apple iOS, Windows, SMS, and J2ME, among others.

Registration is free by registering their teams and ideas around the four thematic areas. Registration should be done online at www.ncell.com.np/appcamp.

150 best workable ideas will be selected and the teams will be invited to take part in capacity building seminars. During the seminars, the teams will undergo coaching on various aspects of app making and business development.
Once the teams submit their refined ideas, 6 best ideas from each category – that is 24 teams in total – will be selected for the final competition, which will be held through December 9-11, 2014.
These finalists under the mentorship of national and international experts would come up with working prototypes, present them and pitch their ideas to an independent jury, comprising of experts from different sectors. After evaluating the usability and viability of the app prototypes, the jury will select four category winners and one overall winner.

WILL I WIN ANYTHING? OF COURSE!

The winners would win a cash prize of Rs. 250,000 each, and the overall winner will bag additional Rs. 500,000 in cash along with Ncell sponsorship to participate in a similar overseas app camp.
DEADLINE?
Any developer team with an initial idea, or an idea in the development stage, can register to participate in the competition. Registration closes at noon on October 28, 2014.
So, are you participating?
What’s your app idea? Let us know in the comments below!